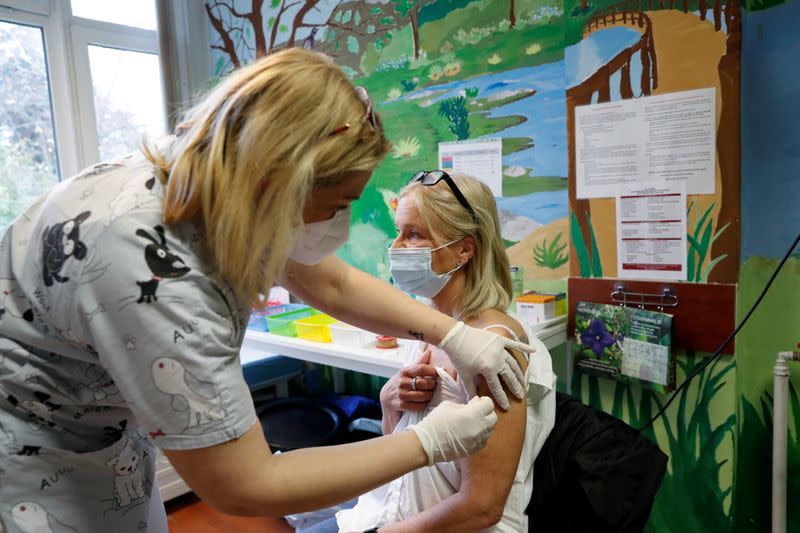 Hungary, a country of 10 million whose vaccination rate lags the European Union average, imposed new curbs last Thursday, a day before a full lockdown was announced in neighbouring Austria, which also has a relatively low vaccine uptake.

Prime Minister Viktor Orban's government, which opposes further lockdowns for fear of stifling the economy, launched a vaccination campaign this week, offering jabs without prior registration amid a surge in new infections.

Wednesday's data showed 5.81 million people, or just under 60% of the population, have been fully vaccinated, while 2.04 million have received booster shots.

Hungary has made boosters mandatory for healthcare workers and mask wearing has again been required in most indoor places since Saturday. The changes fall short of the strict measures urged by Hungarian doctors.

Orban's government has also allowed companies to make COVID-19 shots mandatory for their workers. Drug maker Richter and oil and gas group MOL have already said they will do so.

The idea of mandatory vaccinations has however raised concerns among Hungarians, with some expressing reservations despite already being vaccinated.

"Making the vaccine obligatory is a difficult thing as it could limit people severely, including earning a living, so I think such a decision should be made very carefully," said Zsuzsanna Koszoru as she lined up for a booster jab.
#viktor orban  #covid 19  #vaccine  #covid
Add Comment