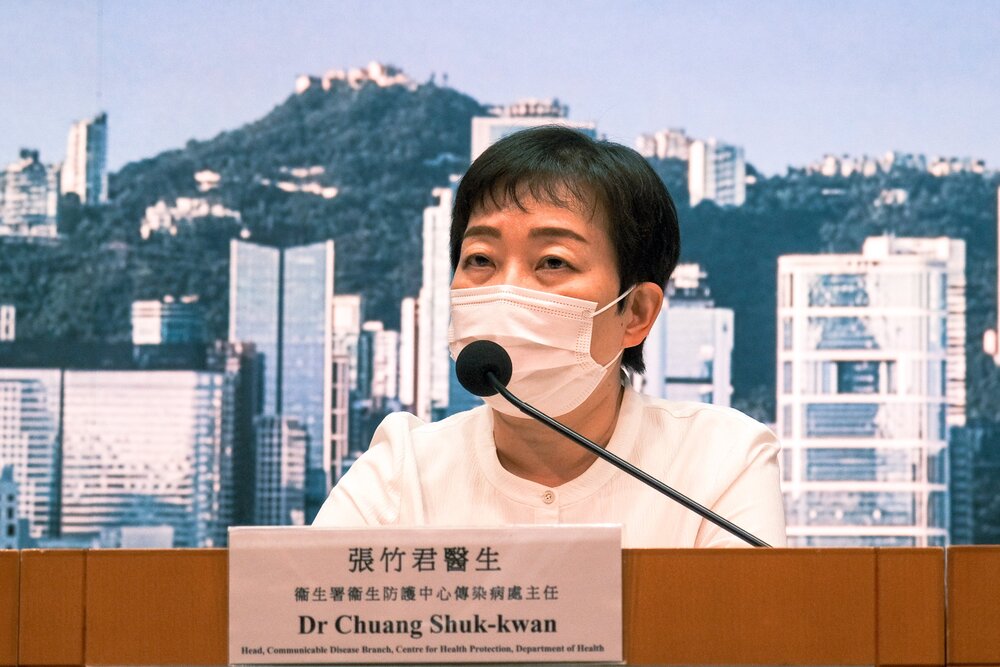 Hong Kong's zero local infection streak which lasted for over 50 days was ended on Friday, by the infected freight worker who was classified as an untraceable local case.

The 48-year-old worker lives at Golden Lion Court, Phase 1 of Golden Lion Garden in Sha Tin with his wife and daughter. The residential block was on lockdown on Thursday night and none among the 400 residents there tested positive.

The worker tested negative on September 29 but his sample submitted on Wednesday tested preliminary positive for mutant strain L452R with a CT value ranging between 28 to 31, indicating a low viral amount. He had received two doses of Sinovac vaccine on June 25 and July 28.

He was admitted to hospital yesterday and the CT value dropped to between 15 to 18. He also developed symptoms like soar throat.

Health authorities said the man mostly worked the night shift at SuperTerminal 1 of the airport. He was responsible for unloading cargo and inspecting the goods from the US, Europe or the Middle-East. He spent most of his time underneath the planes, although he sometimes would get onboard.

The man had worked with a number of colleagues and had meals in a break room with them. Around 90 persons have been listed as close contacts and they will be sent to a quarantine center.

Both his wife and daughter have been admitted to hospital in the meantime.

His five-year-old daughter goes to Tung Wah Group of Hospitals Chan King Har Kindergarten in Tai Wai. The school has been ordered to suspend classes for three days.

She developed symptoms including coughs and runny nose on Monday. One of her classmates got a fever as well. Yet they developed the symptoms due to anther respiratory disease as they both tested negative for Covid. Around 30 classmates will also be sent to a quarantine center.

The Centre for Health Protection also reported another imported case, involving a 29-year-old man coming from the UK. There were six preliminary positive cases reported.