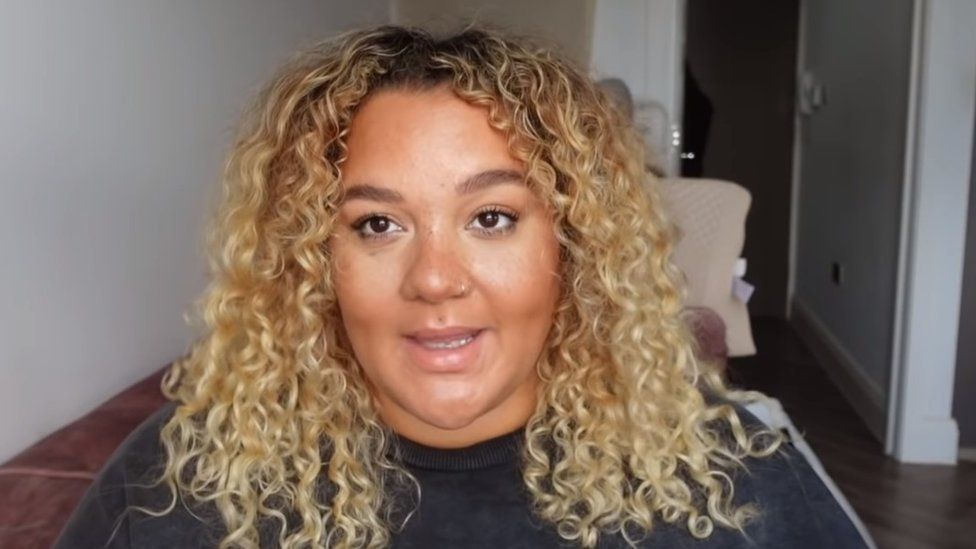 A YouTuber who was put into a coma with Covid-19 on Christmas Day has been discharged from intensive care.

Doctors placed Grace Victory, 30, from High Wycombe, in an induced coma one day after she gave birth to her baby boy.

The influencer said on Twitter medical staff gave her a 5% chance of survival.

Miss Victory would "continue her recovery on a different ward", her sister Charleigh said on Instagram.

Her little boy was not due to be born until February but was delivered early because the vlogger's health had rapidly deteriorated.

Earlier this month, she tweeted that she had woken up from her coma, and was able to meet him for the first time, saying he was "thriving".

In a series of posts on Twitter, Miss Victory said: "The medical staff gave me a 5% chance of surviving Covid but because I'm me, I've been discharged from the ICU.

"I will never ever give up. Keep praying because it's working."

Miss Victory thanked her followers for their support.

Miss Victory, also known as "The Internet's Big Sister", joined YouTube in March 2011 and has amassed more than 222,000 subscribers with her videos about body image and pregnancy. She also has 244,000 followers on Instagram.

Her sister said being told she had a small chance of survival 10 weeks ago was "agonising".

"We kept saying 'they don't know Grace like we do' and she proved them all wrong. Like we knew she would," she said.

She thanked NHS staff for saving her sister's life "more than once".