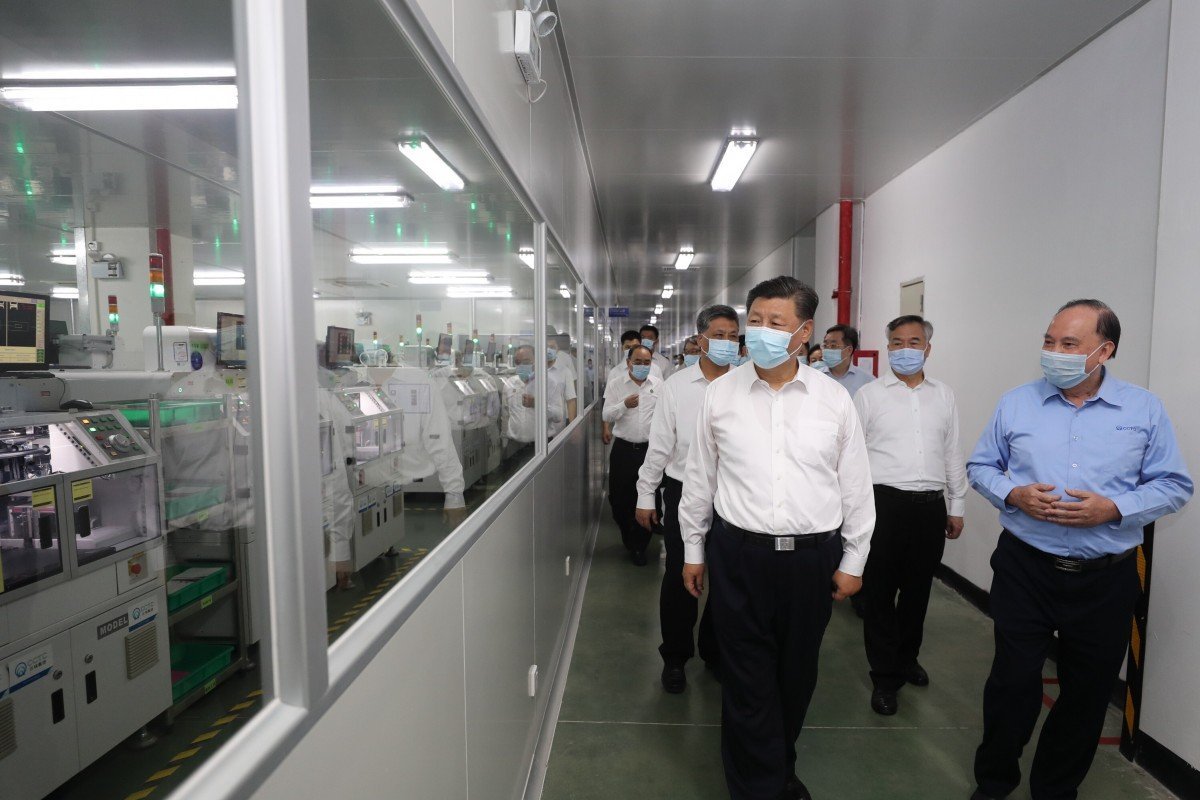 Xi says self-reliance is essential because the country is ‘on the cusp of unprecedented changes’. Comments come ahead of address to mark Shenzhen Special Economic Zone milestone

Without referring to the United States directly, Xi told staff at an advanced ceramic electronics manufacturer in Chaozhou in eastern Guangdong province on Monday that China must develop more key technologies on its own to be better prepared to withstand challenges ahead while also contributing to the development of China.

“We are on the cusp of unprecedented changes in this century, and we must take a path towards self-reliance, and this means we must become independent in our innovation drive,” Xi was quoted by state broadcaster CCTV as saying.

“[I urge you all] to appreciate the strategic intent of the central government, and pick your position correctly so you can make your contribution as we build our country into a strong, prosperous, and modernised country.”

China relies heavily on US-made semiconductors and in August, the administration of US President Donald Trump banned Huawei from using semiconductors built with American technology unless it received a special licence.

Xi’s comments in Chaozhou came during his ongoing tour of the southern province of Guangdong. On Wednesday, he is expected to deliver an “important address” during the 40th anniversary of the establishment of the Shenzhen Special Economic Zone.

A source involved in planning the trip said the president would arrive in Shenzhen on Tuesday after stopovers in other cities in Guangdong. Xi is expected to meet officials about the Greater Bay Area development plan. The grand scheme aims to integrate Hong Kong, Macau, Shenzhen, Guangzhou and seven other major Guangdong cities and transform the southern Chinese region into a unified economic powerhouse.

Xi’s trip comes just two weeks before an important Communist Party plenum during which party elites are planning to approve the 14th five-year plan – a blueprint that maps out the economic and social development plans for China for the next half a decade.

Despite pressure and slowdown brought by the Covid-19 pandemic,China’s economy has shown signs of recovery in recent months.

On Tuesday, China reported the strongest import growth since December and exports have expanded for four months in a row. Even trade with the US shot up in September as China’s exports to the US surged by 20.36 per cent compared with a year ago. Imports also rose by 24 per cent.