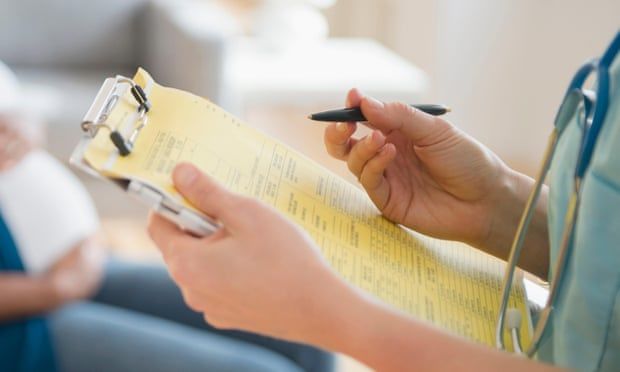 A woman was given an invasive gynaecological procedure after being mistaken for another patient, a health watchdog has revealed as it warned that more must be done to prevent waiting room mixups.

The Healthcare Safety Investigation Branch (HSIB) said such cases were “not isolated” but not widely reported and could lead to physical and psychological harm.

The error was one of 472 serious healthcare incidents reported in England in 2019-20, the HSIB said in a report, nearly half of which were procedures performed on the wrong patient or on the wrong part of the body.

It said a better system of safety measures was needed to make sure patients are not mixed up and given the wrong procedure during outpatient appointments, and it called for the NHS to review patient identification schemes in outpatient settings.

The 30-year-old woman received a colposcopy meant for another patient instead of the fertility treatment assessment she was meant to have after attending a gynaecology outpatient clinic for her first fertility appointment in July 2019. She checked in with reception at the same time as another patient arriving for a colposcopy, a procedure to look at the cervix.

The nurse called out the second patient’s name several times with no response, then just her first name, which sounded like the first patient’s surname. The woman thought the nurse was calling for her. No other checks were conducted to confirm her identity, and after several further misunderstandings she was wrongly given the invasive procedure.

The error was only realised after the patient had left the clinic. Staff phoned her on her way home to tell her what had happened and apologise. “The patient told us she was so distressed after the incident that she did not want to pursue her fertility treatment,” said Dr Sean Weaver, deputy medical director at HSIB. She eventually went on to have her fertility appointment.

“Any invasive procedure carried out incorrectly has the potential to lead to serious physical and psychological harm and erode trust in the NHS,” Weaver said.

The report said there were no formal safety controls to manage the risks that can arise when patients have similar names and several clinics are running at the same time in a department.

With many patients waiting in the same area, this can “affect the risk of the wrong patient being selected”, the HSIB said, with factors such as workloads and time pressures on staff possibly reducing the level of safety checks carried out.

Weaver said: “It was important to explore this patient safety risk at the system level, especially as invasive procedures being done in outpatient settings continue to increase, even without any changes that might be brought about due to the Covid pandemic.

“The safety recommendation we have made is there to encourage cohesive and effective changes at a national level, to reduce the risk of misidentification, and ensure the right patient receives the right procedure.”

A spokesperson for the NHS in England said: “These events are fortunately extremely rare and the NHS is currently undertaking its own review of incidents as hospitals rightly continue to prioritise patient safety.”
#covid
Add Comment