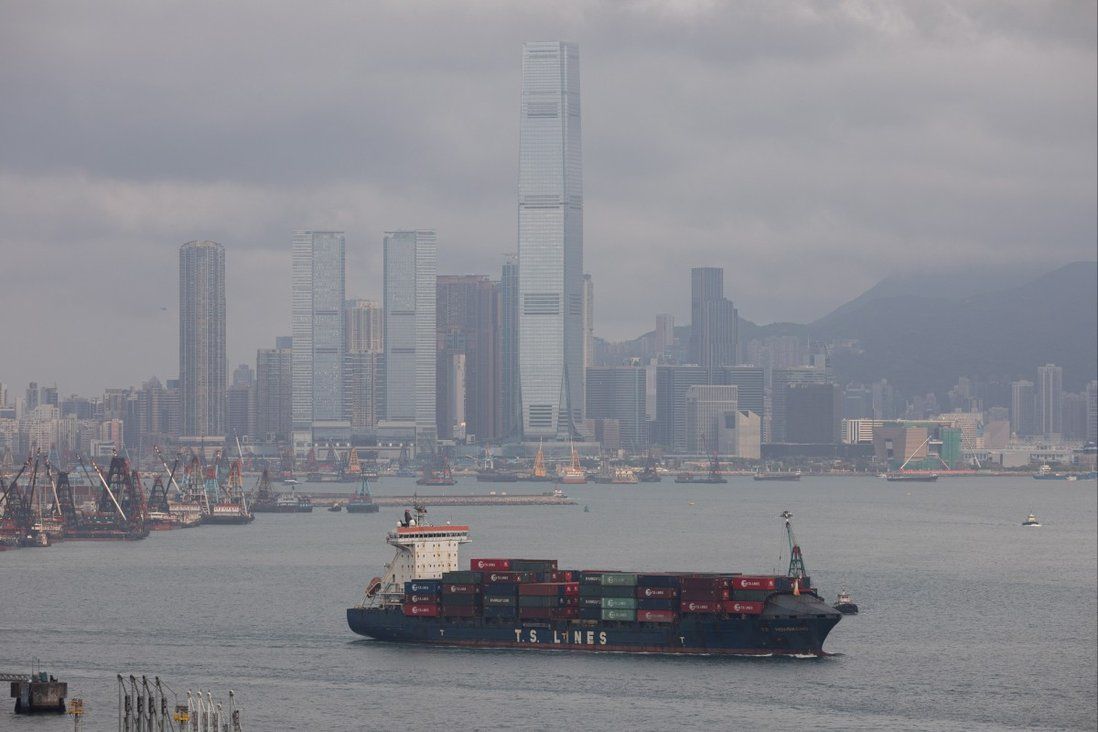 Trade between South Korea and Hong Kong is expected to accelerate if the city successfully joins the RCEP trade pact, despite recent concern over its anti-pandemic controls and political situation.

Bilateral trade between South Korea and Hong Kong is set to get a boost in coming years when the city joins the Regional Comprehensive Economic Partnership (RCEP), the world’s largest trade bloc.

In the first three month of the year, Hong Kong’s exports to South Korea increased by 10.8 per cent to HK$18.7 billion (US$2.4 billion) compared to the same period last year, Census and Statistics Department figures released on Thursday showed. However, there was a small year on year fall of 1.1 per cent to HK$6 billion in March.

Economic ties are set to accelerate if Hong Kong’s application to join RCEP is successful.

The city made its application in January, with China’s central government expressing support for the bid.

China is the largest economy among the 15 members of RCEP, which centres on the Association of Southeast Asian Nations (Asean), but also includes Japan, South Korea, Australia and New Zealand. The deal went into effect for most members on January 1.

By eliminating tariffs on 91 per cent of goods, RCEP will create a free-trade zone covering nearly one-third of the world’s economy, trade and population.

“When Hong Kong joins RCEP, it is expected that it will be able to boost not only trade-in products with Korea, but also contribute to strengthening exchanges and cooperation in logistics, finance and intellectual property, as well as supply chains,” said Ivy Szeto, a market research analyst at Korea Trade-Investment Promotion Agency in Hong Kong.

“It is expected that there will also be great positive effects in economic relations with Korea.”

Hong Kong will be able to join in the latter half of 2023, at the earliest, due to the fact the trade bloc opens to members only 18 months after going into effect.

South Korea established a consulate in Hong Kong in May 1949, as one of the first five diplomatic missions to be set up overseas after the formation of a postcolonial government.

Since then bilateral trade has grown rapidly.

Hong Kong was South Korea’s fourth largest export destination in terms of trade value in 2021, after China, the United States and Vietnam.

Hong Kong is the key entry point for South Korea’s merchandise trade with China, and much of its exports to the city are re-exported to mainland China. Hong Kong has long played the role of a re-exporter due to the absence of custom tariffs and low corporate taxes.

In 1997, the bilateral Investment Promotion and Protection Agreement went into effect, one of 22 such agreements Hong Kong has made with countries around the world.

Hong Kong is Korea’s third-largest investment destination, after the US and China, spending money on trade, finance and the professional services industry, according to 2020 data from the consulate General of South Korea in Hong Kong.

Despite concerns that Hong Kong’s status as a global financial hub may have been harmed by the imposition of the national security law in 2020, foreign businesses are expected to maintain a strong presence in the city because it is a gateway for investment into the mainland.

More recently, the Hong Kong government’s anti-pandemic measures have contributed to the exit of business talent. The government began relaxing some measures this month amid growing frustration with the curbs.

“Despite the surge in Covid cases in Hong Kong in the past month, Hong Kong has not taken extreme measures such as a lockdown, which goes to show it is still different from mainland China,” an official at a foreign consulate general in Hong Kong said.

“The differing responses of the governments of Singapore, Hong Kong and China show the degree of attractiveness of each as environments for businesses to operate.”

About 140 Korean businesses operate in Hong Kong, including 10 banks, according to data from the same source.