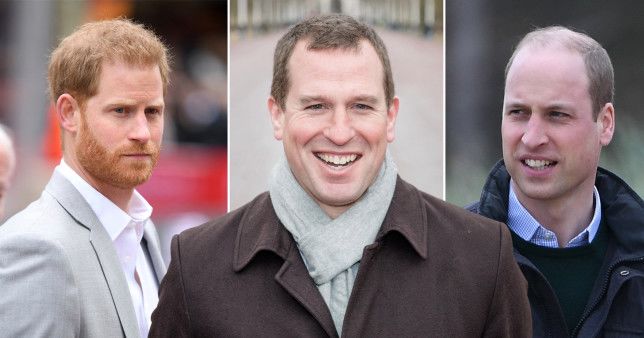 The Duke of Cambridge and Duke of Sussex will instead be separated by their cousin Peter Phillips as they walk in a line behind their grandfather’s coffin. The service is due to take place at St George’s Chapel in Windsor at 3pm, and will only be attended by 30 guests.

When the coffin arrives at the chapel, William will move ahead of his brother as the royal family arrives in pairs, new details from Buckingham Palace revealed.

The information confirmed that the Queen would be sitting by herself in the quire of St George’s Chapel, with the rest of the mourners also socially distanced due to Covid regulations.

All of those in attendance will be required to wear face masks during the service, which will also be televised for the public.

Philip was the guiding force behind his funeral arrangements and, reflecting his life-long association with the Royal Navy, buglers of the Royal Marines will sound Action Stations during the service. 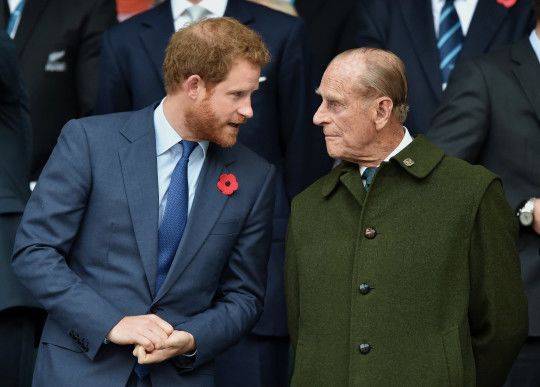 Harry has flown back from California for the service

It is played on a warship to signal all hands should go to battle stations and is sometimes featured at funerals of naval men. A reduced choir of four singers will feature during the service, but the guests will follow Covid rules and not sing along to any hymns.

Harry, who now lives in California with his wife Meghan and son Archie, flew back to the UK for the funeral on Sunday. It will be the first time he has seen his brother William in-person since he and Meghan sat down for an interview with Oprah Winfrey.

During the interview, which was televised in March, Harry confirmed reports of a rift with William and told how their relationship had become ‘space’ for the time-being. He added: ‘Time heals all things, hopefully.’

Meghan, who is pregnant with the Sussexes’ second child, will not be attending Philip’s funeral as she was unable to receive medical clearance to travel. 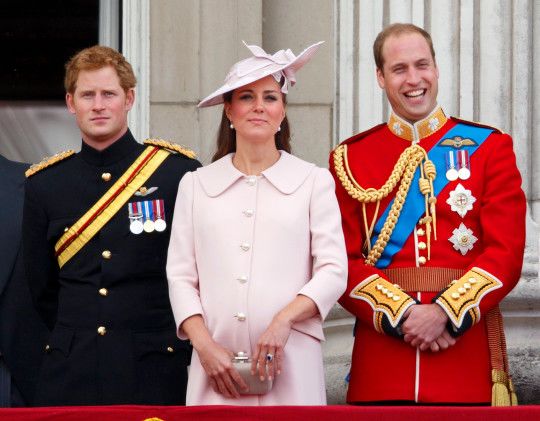 Among the 30 guests chosen by the Queen are the Duchess of Cornwall, all of the Duke’s grandchildren and their spouses, the children of the Queen’s sister Princess Margaret, and three of Philip’s German relatives – Bernhard, the Hereditary Prince of Baden; Donatus, Prince and Landgrave of Hesse; and Prince Philipp of Hohenlohe-Langenburg.

Also invited is a close friend of the Duke, Countess Mountbatten of Burma, previously known as Lady Romsey and later Lady Brabourne, who was Philip’s carriage driving partner and one of his closest friends.

None of the Duke’s great-grandchildren will attend the funeral, as they are all too young.

Buckingham Palace confirmed that royal men will wear morning coats with their medals and the women will wear day dresses.