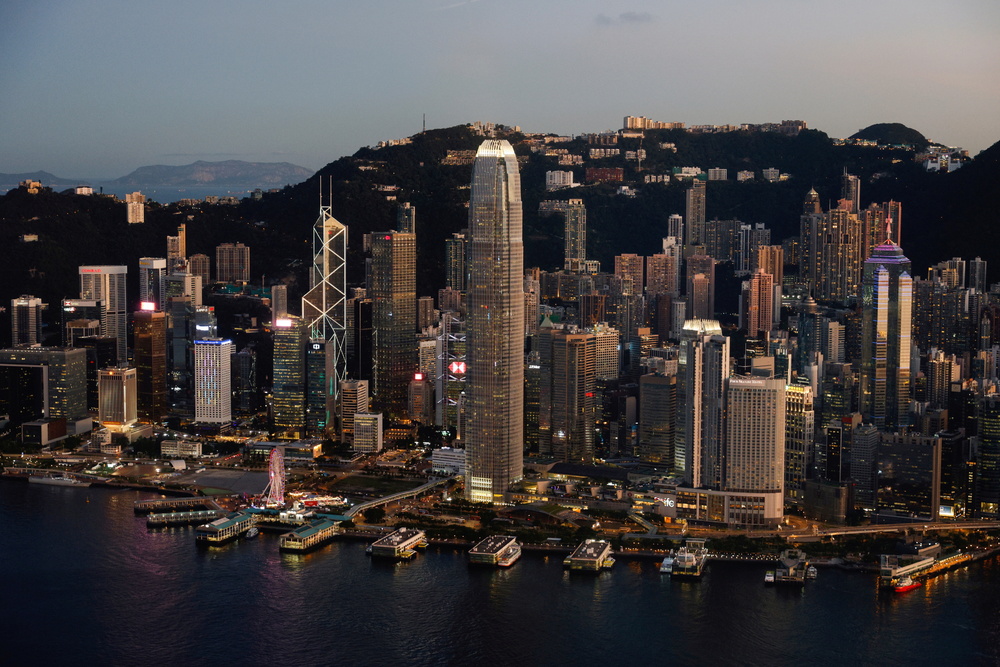 Will Hong Kong reopen for business under new leader Lee?

Lee, a former security chief, is expected to be confirmed Hong Kong's next chief executive on Sunday by a committee of 1,463 elites after running uncontested with Beijing's blessing.

He has promised a "results-oriented" government and a new chapter for the southern Chinese city -- although his manifesto announced few major policy shifts.

Business leaders have expressed concern over Lee's lack of details on how he might kickstart the city's fortunes, including moving beyond Chinese-style travel curbs that have left the city cut off and sparked an exodus of talent.

"In order to reboot Hong Kong's reputation as a business hub, we need a Covid exit plan," Kristian Odebjer, head of the Swedish Chamber of Commerce in Hong Kong, told AFP.

Tara Joseph, former head of the city's American Chamber of Commerce, said travel connectivity was a key first step for Hong Kong to regain its international stature after "so much reputation damage".

But Lee appeared to brush aside those concerns last week, saying that he will instead prioritise reopening the border with mainland China -- signalling any immediate policy U-turn is unlikely.

Lawmaker and businessman Michael Tien said the coronavirus has trapped Hong Kong's leader between a rock and a hard place, no matter who fills that seat.

"Our country is going for zero-Covid while the rest of the world is living with the virus," Tien told AFP.
"Hong Kong is stuck in the middle."

The city was slammed by an Omicron-fuelled outbreak which killed more than 9,000 people and contributed to a four percent drop in economic output for the first quarter.

Siddharth Sridhar, a microbiologist at the University of Hong Kong, said Hong Kong was enjoying a "grace period between waves" and that Lee must waste no time in getting the elderly vaccinated.

In recent weeks outgoing leader Carrie Lam has eased some pandemic restrictions, including reducing quarantine to seven days and allowing non-residents in for the first time in some two years.

Last week Lee told reporters he would continue "a good balancing act" between keeping the virus out and the economy afloat.

His 44-page manifesto did not specifically address the coronavirus, aside from vowing to learn from the pandemic and set up a new emergency procedure to deal with future threats.

Lee spent some four decades within Hong Kong's security services, prompting questions over his business acumen in a city that markets itself as the financial gateway between China and the world.

"The choice of John Lee illustrates Beijing's priorities of security and control in Hong Kong," former US chamber head Joseph said. "He will be the first HK leader with no business background."

Lawmaker Tien said Lee would be receptive to outside opinions -- a compliment echoed by many of Lee's supporters.

"Lee won't listen in matters of security, but in other areas he has no choice, he must listen and consider opinions," Tien said.

Discussing his own governance style, Lee said he was a pragmatist eager to streamline procedures for greater efficiency.