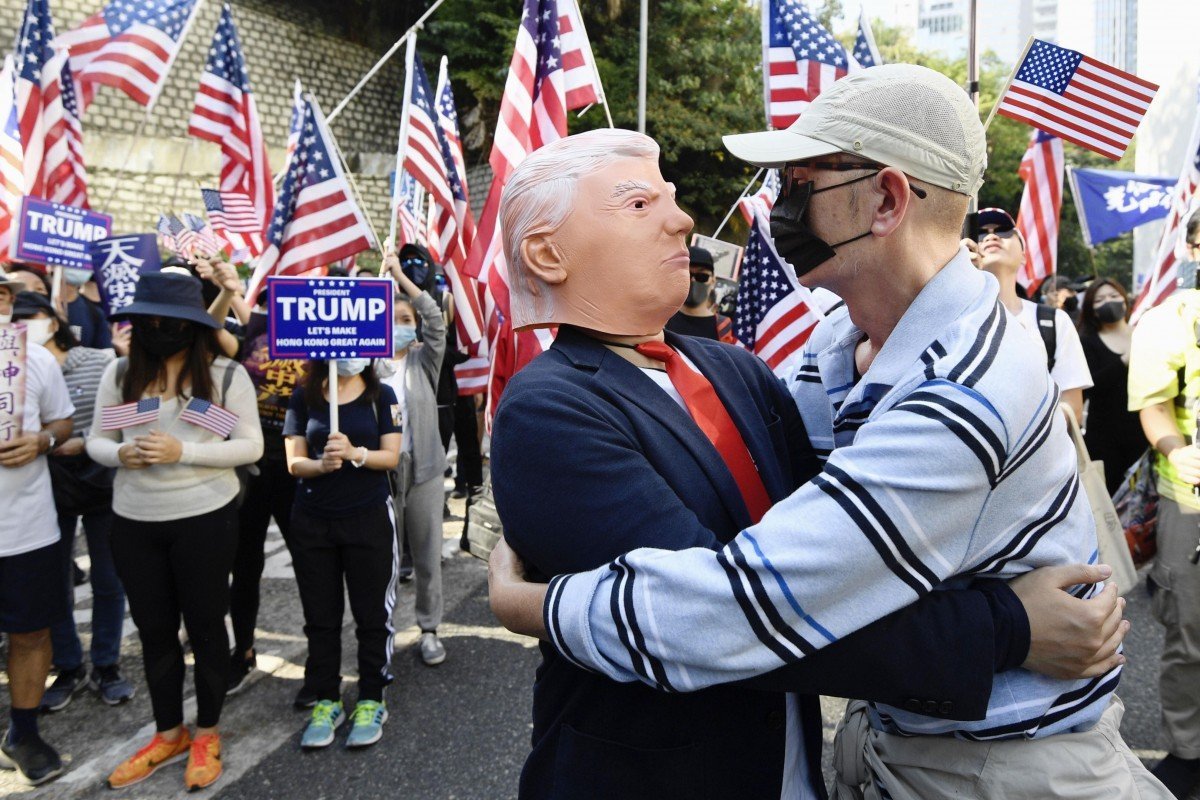 Supporting the US president in his re-election bid puts Hong Kong’s democracy activists in the awkward position of backing an anti-democratic candidate. Moreover, the US Democratic Party has consistently supported Hong Kong and is likely to continue to do so.

With less than a month until the US presidential election, 14 million Americans have already voted. Even though US President Donald Trump tested positive
for Covid-19, he has continued to put on a strong and undefeatable face for the cameras. In reality, though, he is losing ground and is going all-in
to turn the tide.

Throughout his campaign, Trump has mocked his Democrat opponent, former US vice-president Joe Biden, as a senior citizen who stutters, lacks energy and is always sleepy. However, a recent opinion poll shows Biden leads Trump by more than 17 points.

The first presidential debate was denounced as the worst in American history. Trump repeatedly badgered and interrupted Biden and even argued with experienced moderator Chris Wallace. Nevertheless, Biden managed to counter Trump, dispelling voters’ concerns over his ability to hold his own.

However, it was not Biden – his policies or even his performance at the debate – who defeated Trump. Trump’s most fatal flaw is his sore-loser mentality. He disrespects the democratic electoral system and violates the core values of democracy and justice. Trump has cast aspersions on the fairness and legitimacy of the election due to the surging number of mail-in ballots– between 30 and 80 million – amid the pandemic.

Trump’s refusal to commit to conceding the election if he loses has triggered fears of armed conflict or even civil war. His actions during the nationwide Black Lives Matter movement, which has set off violent racial conflict in many states, are clearly adding fuel to the fire. He has been shamelessly exposing his anti-democratic, anti-justice and anti-human rights nature.

However, in Hong Kong, alarmingly and ironically, many pro-democracy key opinion leaders support Trump. While in the US, media mogul Rupert Murdoch has backed Trump, in Hong Kong, Next Media founder Jimmy Lai Chee-ying has called Trump “the only one who can save us”.

Many local opinion leaders tout Trump’s critical role in battling China, just to please an audience that financially supports their online platforms. These commentators’ pursuit of popularity has created a twisted phenomenon in Hong Kong – support democracy in Hong Kong, but abandon democracy in the United States.

Even more outrageous, many pro-democracy or localist figures have been silent on the Black Lives Matter movement. Some even degrade the protesters as rioters. Raphael Wong Ho-ming of the League of Social Democrats was one of the rare pro-democracy figures who showed his support for the Black Lives Matter movement by joining a protest outside the US consulate general in Central.

Hongkongers need to be reminded that not long ago, US House Speaker Nancy Pelosi of the Democratic Party openly received Hong Kong pro-democracy activists Joshua Wong Chi-fung and Denise Ho Wan-sze. Pelosi has expressed keen and sincere support for Hongkongers. Although it was controversial at the time, then US president Bill Clinton met Hong Kong democrat Martin Lee Chu-ming in the White House.

Although the US Democratic Party’s support for Hong Kong’s social movement has been apparent and consistent, many Hongkongers have chosen to back Trump instead. American Democrats must feel betrayed.

People are stupidly convinced that only Trump can fight the Chinese Communist Party. Many Hongkongers seem to be acting on the premise that the enemy of their enemy is their friend.

Pinning one’s hopes on an individual politician is ignorant. The Democrats and Republicans both oppose communism; whoever comes to power will not change the US’ policy towards China. While Clinton approved China’s accession to the World Trade Organization, Richard Nixon and George H.W. Bush were the US presidents who supported the restoration of the People’s Republic of China’s status at the United Nations and established diplomatic relations with China.

Hongkongers must bear in mind that many foreigners support the city’s social movement because of a mutual belief in democracy and freedom. One must not turn a blind eye to injustice in other countries. Those who support Trump should reconsider their position.
Add Comment