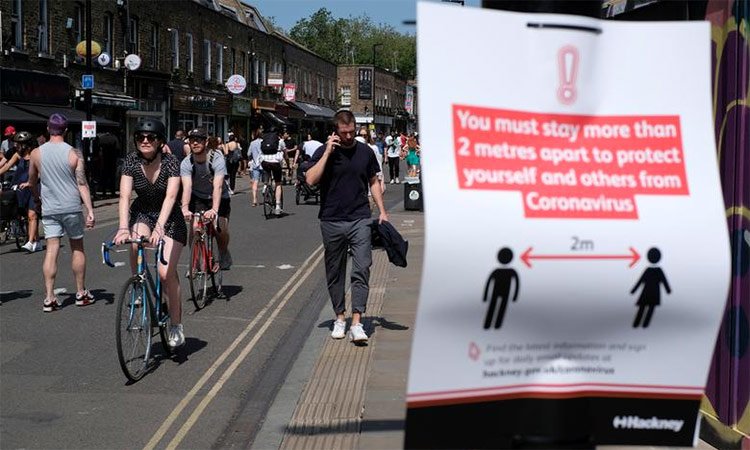 Why Britain’s ‘all or nothing’ response isn’t working

I hate that I have to write this article. I hate that we’re seeing COVID-19 cases rising exponentially. I hate that people are losing their jobs. I hate that lockdown restrictions are keeping people apart, when we’ve all felt crushingly lonely this year.

I’m just the “Brexit guy”. I’m not a scientist. But I’ve kept in contact with several major epidemiologists to make sure I know what I’m talking about when I say: it’s just not good enough.

The government has brought in a new traffic light system – three tiers of restrictions, depending on the severity of an outbreak – to replace and simplify the various regional lockdown rules. Good, but we wouldn’t be here if ministers had got the basics right.

We know lockdown doesn’t eliminate the virus or achieve herd immunity. The only purpose of it is to flatten the curve to protect the NHS, and give us enough time to make our economy Covid-secure, so that when we open back up, it doesn’t cause an immediate spike.

Yet for some reason, the national discussion is about whether things should be completely open or completely shut. We’ve gone back into the same “all or nothing” way of thinking that made Brexit discussions impossible.

Bill Hanage is an associate professor of epidemiology at the Harvard TH Chan School of Public Health. He reached out to me to discuss the UK’s handling of the pandemic and how politics has infected discussion of coronavirus. He said: “I wish we could get our head around the idea of pandemic management.”

It breaks my brain that, the moment we see a spike, the focus becomes, “What should we shut down?” Instead of, “Well, clearly the stuff that’s open needs more social-distancing measures.”

Covid-proofing the economy requires two things: social distancing and an effective test-and-trace system. Prof Hanage spoke of mask-wearing as a key part of this. So can you tell me why mask-wearing hasn’t been the default since June? It’s a respiratory disease. Why hasn’t the government put adverts everywhere explaining why we need to cover the nose and mouth? Maybe then we’d have fewer people in supermarkets using them as neck warmers.

The government should be drilling into people that masks are not about protecting yourself, but protecting others from a disease you may never even know you had. Its failure to do so means people are still walking around without masks because they think they’re being brave, rather than selfish.

The government sent out thousands of letters to those with medical vulnerabilities telling them to shield at the start of the pandemic. So how hard would it be to send a mask-exemption badge to anyone diagnosed with severe breathing difficulties and tell anyone else to request one from their GP? That way you can strictly enforce mask-wearing in indoor public spaces.

Businesses are now complaining that the traffic light system will hit those that have Covid-proofed their premises. Where’s the imagination? For example, restaurants could be graded on three tiers. Tier one: tables two metres apart. Tier two: plastic partitioning between each table. Tier three: extractor fans. That way, when infection rates rise, lockdown restrictions only hit businesses that don’t make the grade. The Eat Out to Help Out money could have gone into fully Covid-proofing restaurants, instead of literally paying people to increase the infection rate.

Then there’s testing, the one thing the World Health Organisation told countries to prioritise: “test, test, test”. It’s not just that the government has failed to devote sufficient resources to it. It’s that the conversation around it has been so poor. Why isn’t there a uniform level of positive tests or case-rate-per-population that every area needs to stay below? Every area would then know exactly how close they are to lockdown, and have to change their behaviour to protect jobs.

We are sitting on the highest excess death rate in Europe. If you compare the UK to the death rate in Germany, which locked down on time, one can say this government’s strategy caused an extra 34,000 avoidable deaths. It doesn’t help that when northern Italy was in lockdown on 3 March, our Prime Minister was telling us it was OK to shake hands with people.

Our economy has been the hardest hit among the OECD countries. And now we’re entering a second wave, and the government seems to be playing epidemiological whack-a-mole, more concerned with defending its actions and political advisers than saving lives and livelihoods.
Add Comment