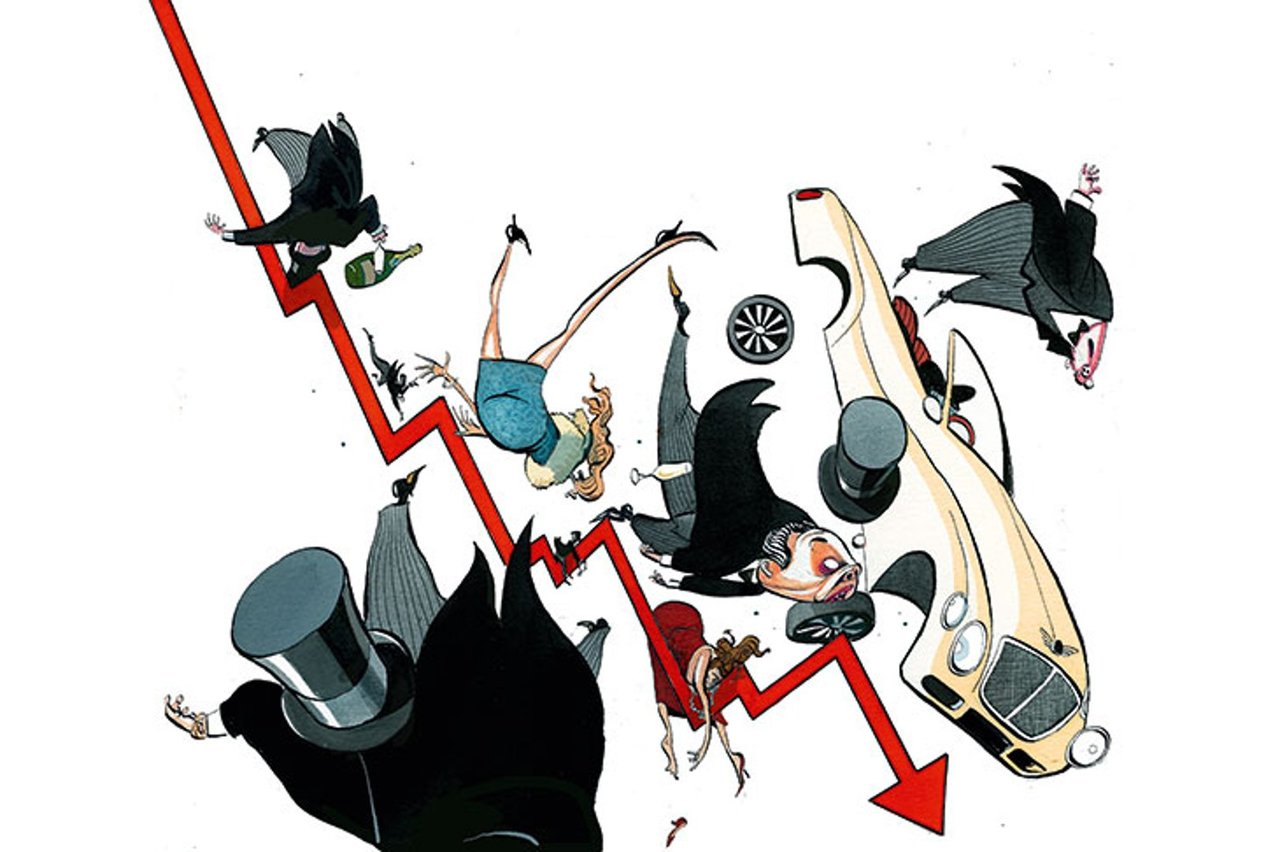 Why 2021 could be the year of economic Armageddon

The British economy is wrapped in bandages – we won’t know whether the wound has scabbed or turned septic until they are ripped away.

By the time the furlough scheme ends in April, whole sectors of the economy will have been out of action or severely incapacitated for over a year. Cash grants and the job retention scheme, both riddled with fraud, have propped up zombie businesses, some of which would have gone bust in the last year even without a pandemic.

Of the businesses frozen in March 2020, how many will come out of hibernation in April 2021? How many people on furlough will discover that they have, in effect, been on gold-plated unemployment benefit for a year?

No one knows, but the signs are not good. In the third quarter of 2020, Gross Domestic Product – adjusted for inflation and population – was lower than it was at the end of 2004. And that was the quarter of growth, recovery and mild optimism we had before the tiers and lockdowns resumed. Things are unlikely to have improved in the fourth quarter and will surely go downhill in the next few months if, as seems certain, we have a prolonged lockdown while the vaccine is delivered.

The official unemployment rate is 4.9 per cent, up from 3.9 per cent a year ago. Although fairly low by historical standards, this figure is virtually meaningless in Rishi Sunak’s ersatz economy. Even with a generous furlough scheme in place, there are 819,000 fewer people in work than there were in February 2020 and the number of redundancies hit a record high between August and October. There is more to come when the bandages come off.

The public finances are a train wreck. Look at a graph of public spending since 1900 and there are three obvious spikes: world war one, world war two and 2020. The Great Recession of 2008-09 barely registers as a blip by comparison. The government borrowed a record £241 billion between April and November.

The national debt is £2.1 trillion and rising fast. The Office for Budget Responsibility’s forecast of a budget deficit of £394 billion in 2020/21 looked pessimistic in November, but with a winter lockdown plus school closures looming, it now seems almost optimistic. Large annual deficits in excess of £100 billion are a certainty for at least the next five years.

The great danger is that when the bandages are pulled away, there is an unprecedented wave of bankruptcies, business closures and redundancies which leads to a spiral of decline. With the unemployed having less money to spend and those in work tightening their belts, a sharp recession becomes a long depression. This would be exacerbated if government restrictions and a lingering fear of the virus force sectors such as hospitality and travel to operate at half-capacity.

There is a path to victory but it is narrow and requires a lot of luck. The national debt need not be too much of a problem so long as interest rates stay low. The government is currently benefiting from extremely low rates on bonds that are fixed for years to come. Taking out loans that only start to bite in 15 or 20 years’ time is, admittedly, pretty much the definition of saddling future generations with our debt, but strong economic growth between now and then would make it manageable.

A second reason for optimism is that while corporate debt and public debt have soared in the last 12 months, household debt has shrunk. Personal savings have rocketed since March as people struggled to find ways to spend their salaries. The average household built up a £7,100 nest egg last year. If they splurge it in a few months’ time when society reopens, it could provide the boost needed for a speedy economic recovery.

If the billions borrowed have been enough to keep businesses afloat, if life returns to normal after Easter, and if there is a huge outpouring of pent-up demand in 2021/22, we may make it out of the woods, but that is a lot of ifs. The truth is that cash grants to businesses have not been sufficient for many firms to pay the bills. Two or three more months of lockdown will finish them off.

One person’s saving is another person’s lost income. Personal nest eggs are all well and good, but they have been built up at the expense of businesses, many of which are now dead or dying. There is no guarantee that personal savings will be converted into a spending spree next year. Given the likely state of the job market, many households will consider it more sensible to save for a rainy day.

And although the government is currently borrowing cheap money, that will change. The flip side to interest rates being at an all-time low is that they can only go higher. Such is the scale of government borrowing that the public finances are now highly vulnerable to a rise in interest rates. Low interest rates require low inflation and whilst some economists consider it rather gauche to worry about inflation – which is currently running at less than 1 per cent – we should be wary when anybody, especially an economist, assures us that ‘this time will be different’.

The Bank of England printed £450 billion last year, which is where a lot of the ‘borrowing’ came from in practice. Perhaps this time will be different, but printing money like there’s no tomorrow has never been the best way to control inflation in the past.

Even if all the quantitative easing doesn’t lead to a rise in prices on the shelves, it will lead to a rise in the price of assets, such as houses, which increases the cost of living in more subtle and iniquitous ways. Governments rather like inflation because it erodes the national debt in real terms, but it also nibbles away at the wealth of the population. Weimar-style hyper-inflation is not a realistic proposition, but any amount of inflation when interest rates are at rock bottom is a stealth tax on savings.

One way or another there will be a reckoning. You cannot shut down half the economy for months on end and paper over the cracks with funny money without paying a heavy price. We have already experienced the deepest recession in centuries. What the government does in next few weeks will dictate whether the wound leaves a light scar or turns gangrenous.

Firstly, it must throw everything at the vaccine. We could inoculate everybody over the age of 70 against Covid-19 by the end of January if we distributed 2 million doses a week. This is not just possible, it is imperative. Use the military, bribe doctors, go door to door, get Public Health England out of the way. Do whatever it takes at whatever cost and we could fully reopen society by the end of February. There could be no better use of resources at this time.

Secondly, continue to throw money at the businesses that have been forced to close and ensure the amounts are sufficient. There will be time to prosecute the fraud cases later. Having come this far, do not allow viable firms to go broke just as the tide is about to turn.

Finally, go for growth. The best way to make the national debt affordable is not to use inflation, but to make society wealthier. The conditions for economic growth and productivity are not a mystery. We need less regulation and low taxes. Low taxes may not be on the table for the time being, but Brexit offers a perfect opportunity to cut the regulatory burden. Seize it.
#covid  #covid 19
Add Comment