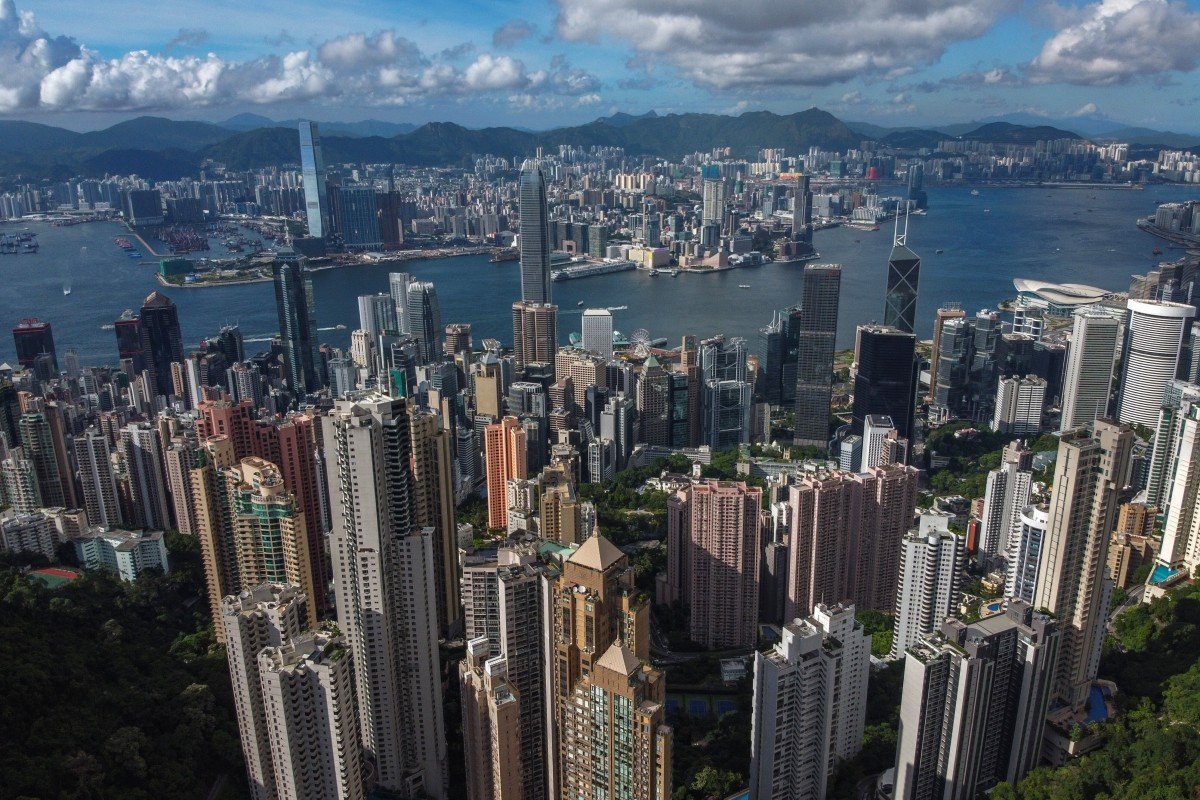 A United States advisory to its ­citizens to avoid Hong Kong travel stirred up fresh controversy in the city on Tuesday, sparking concerns about a blow to its image and calls for the government to respond with an international publicity drive.

Washington told Americans on Monday to “reconsider travel” to Hong Kong on the grounds that Beijing “unilaterally and arbitrarily exercises police and security power” in the city.

Some politicians warned on Tuesday that the advisory would further damage the city’s global standing, but an immigration lawyer said he believed the travelling public would be more worried about the coronavirus than a US State Department advisory.

“I think it’s political more than anything,” Hong Kong-based lawyer Eugene Chow said of the new alert. “I don’t think the level-three travel advisory is causing people to be afraid to travel to Hong Kong, it’s the 14-day quarantine that stops people from coming here.”

The escalated guidance superseded a notice from June that suggested US citizens travelling to Hong Kong only needed to “exercise increased caution” due to the coronavirus and civil unrest in the city.

Since then, however, concerns in Washington have deepened after Beijing imposed on Hong Kong a sweeping national security law targeting acts of secession, subversion, terrorism and collusion with foreign forces to endanger national security.

"For those US citizens who are familiar with the situation in Asia, the claim that Hong Kong is now not different from mainland China is nonsense Ronny Tong, Exco member"

The new legislation, enacted on June 30, has been invoked in a number of recent high-profile arrests in Hong Kong, including in the detaining of Jimmy Lai Chee-ying, owner of tabloid-style newspaper Apple Daily.

Ronny Tong Ka-wah, a senior adviser to the city’s leader, said restoring Hong Kong’s international image would be the government’s top priority once the coronavirus crisis was under control. This summer the administration appointed a public relations firm to help relaunch the city.

Tong slammed the US assessment that the risks of its citizens encountering the “arbitrary enforcement of laws” in Hong Kong were now the same as for the rest of China. 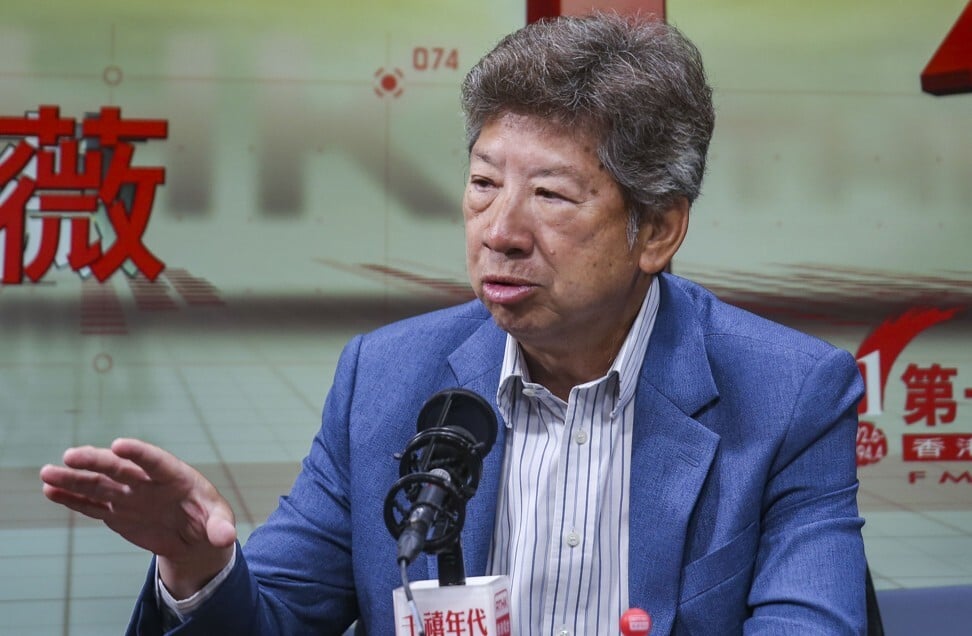 But the Executive Council member conceded it could have a negative psychological impact on US citizens who had not travelled to Hong Kong recently.

“Of course, for those US citizens who are familiar with the situation in Asia, the claim that Hong Kong is now not different from mainland China is nonsense,” Tong said.

Democratic Party lawmaker James To Kun-sun said the US’ heightened travel alert for Hong Kong would have more than a psychological impact, fearing other Western countries would follow suit with similar warnings.

“Many US citizens have the impression that Hong Kong police are more civilised than their mainland Chinese counterparts. Now they may think Hong Kong is no longer the city they have been familiar with.”

Pro-establishment lawmaker Holden Chow Ho-ding, of the Democratic Alliance for the Betterment and Progress of Hong Kong, described the status change as a “political move”.

“Hong Kong has a low crime rate and the Covid-19 pandemic is gradually under control. It‘s even safer than the US,” he said.

“That’s why I have been urging [Chief Executive] Carrie Lam [Cheng Yuet-ngor] to tell the international community that Hong Kong is still practising ‘one country, two systems’,” he said, referring to the governing policy under which the city is allowed a high degree of autonomy.

Under the national security law, Beijing can exercise jurisdiction over “complicated” cases such as those relating to foreign interference, or when local authorities cannot enforce the new law effectively, or if the nation’s security is under major threat.

Authorities have also cited the law in their pursuit of several people living outside Hong Kong, including at least one American citizen.

Citing the legislation’s extraterritorial reach, the US State Department’s new advisory warned the law “could subject US citizens who have been publicly critical of the [People’s Republic of China] to a heightened risk of arrest, detention, expulsion or prosecution.” 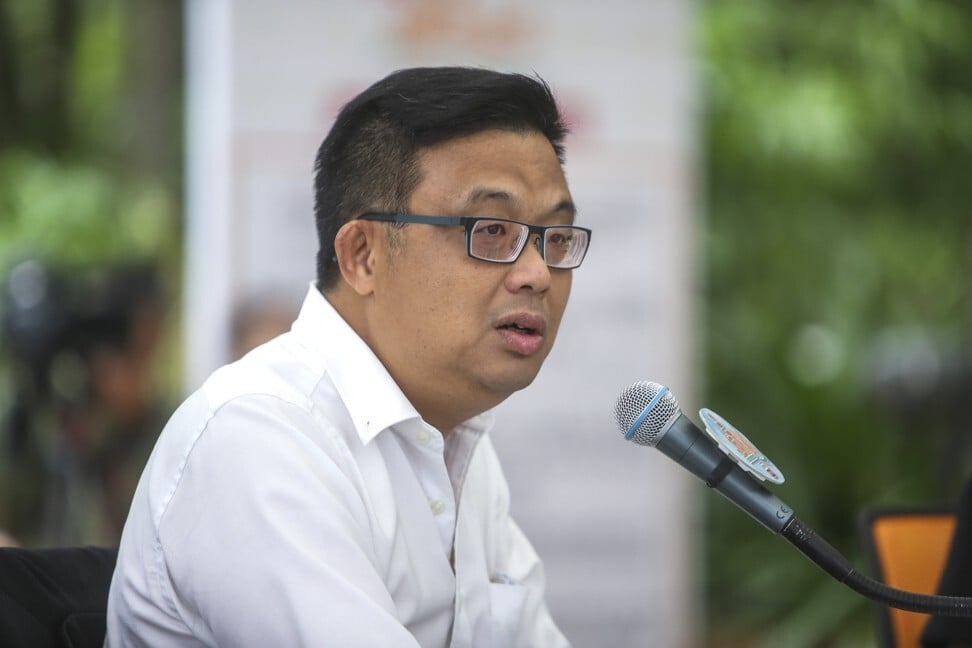 The department also repeated its warning that Beijing was spearheading a propaganda campaign to falsely accuse US citizens of “fomenting unrest in Hong Kong”.

The city was roiled by months of anti-government protests, sparked in June last year by the now-withdrawn extradition bill.

Tourism industry lawmaker Yiu Si-wing said the impact of the US escalating its travel guidance for Hong Kong would be minimal during the coronavirus outbreak.

“But it would have psychological impact on some American travellers,” he said. “The number of US travellers coming to Hong Kong could drop by 10 percentage points in the initial period of the recovery of cross-border travels.” 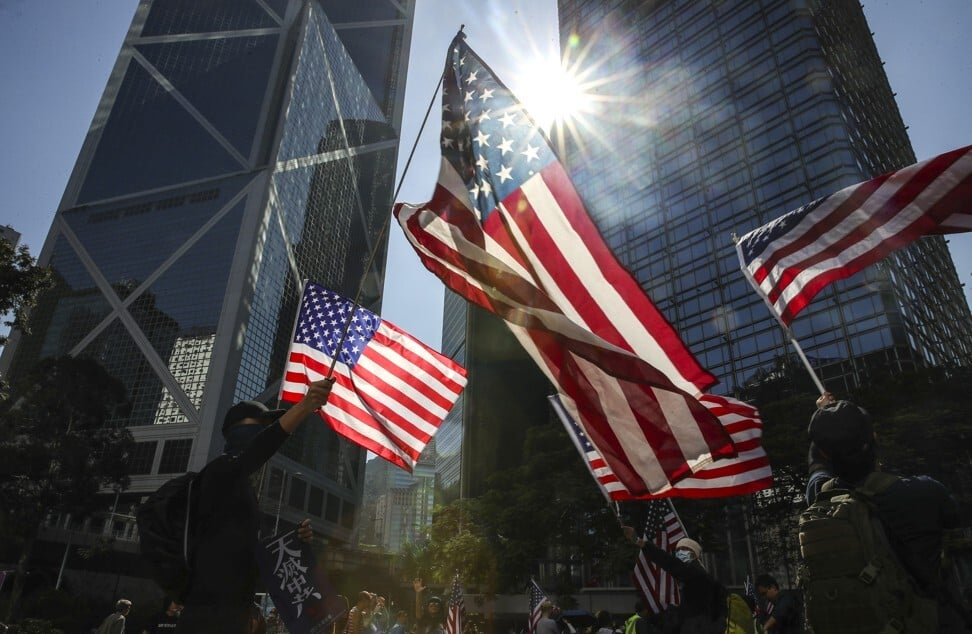 About 1.1 million US travellers visited Hong Kong last year, accounting for about 2 per cent of total tourist arrivals and 28 per cent of travellers from long-haul markets.

While the US State Department downgraded its specific guidance for Hong Kong, it slightly relaxed its advisory for the rest of China, lifting the “do not travel” warning it imposed in June and replacing it with advice to “reconsider travel”.

A US State Department spokesman said the decision to raise the Hong Kong warning to level three was due to the increased risk to US citizens posed by the national security law.

“We assess that the risks to US citizens in regard to arbitrary enforcement of laws are now the same as in the rest of the PRC,” the spokesman said.

The British consulate in Hong Kong said on Tuesday that it too had updated its travel advisory after the enactment of the national security law.

The statement, first issued in July, stressed that those offences under the new national security law could be applied to activities conducted outside Hong Kong. It advised British citizens to avoid protests and demonstrations.

“We keep our travel advice for Hong Kong under constant review,” a spokesman for the British consulate said.

A spokesman for the Australian consulate said it had also issued travel advice on July 9 to citizens concerned about the national security law to consider carefully the risks of staying in Hong Kong.

Meanwhile, the American Chamber of Commerce, Google and Airbnb declined to comment on the advisory when approached by the Post.