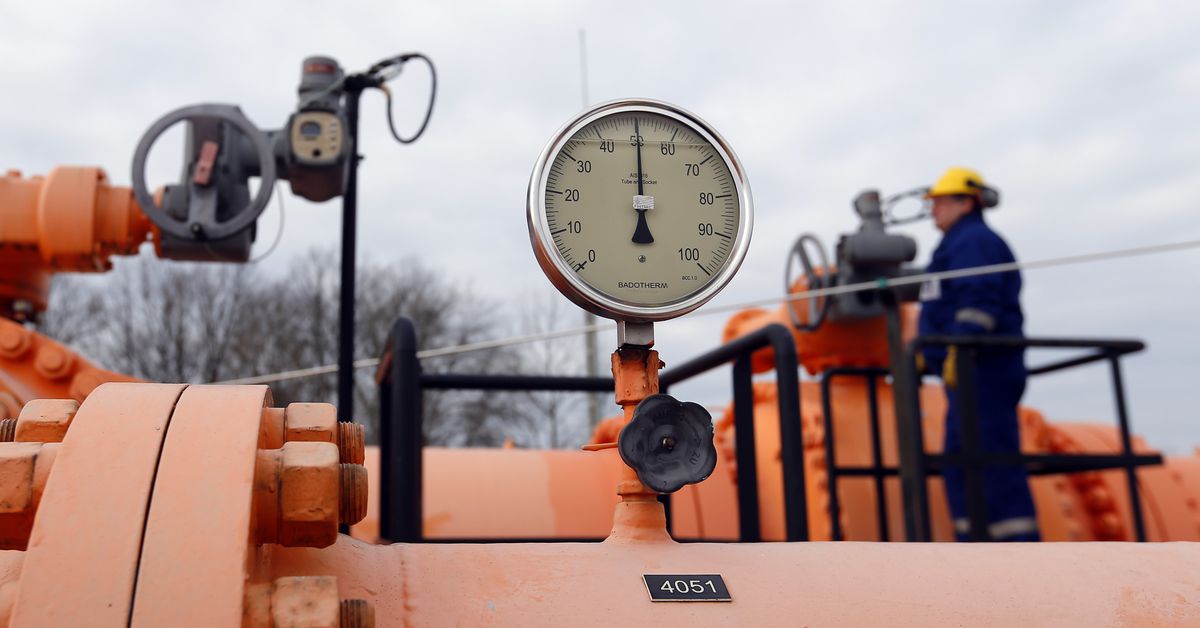 Ukraine called on the United States and Germany on Friday to impose sanctions on Russia's Gazprom (GAZP.MM), which it accused of using energy as a weapon after the energy giant implemented a transit deal with Hungary that deprives Kyiv of gas supplies.

Under the terms of a long-term supply deal with Budapest that kicked in on Friday, Gazprom will no longer ship its gas to Hungary via Ukraine, but will send it via Serbia and Austria instead.

That deprives Ukraine of transit revenues and also means it can no longer import reverse flow gas via Hungary, which it has been doing since 2015 as a way of not buying gas directly from Russia.

Ties with Moscow have been in crisis since its annexation of Crimea in 2014 and backing for a separatist uprising in eastern Ukraine.

Yuriy Vitrenko, the head of Ukraine's Naftogaz, called on Washington and Germany to honour what he said were pledges to get tough with Moscow made in the context of the separate Nord Stream 2 gas pipeline to Germany.

"The Kremlin is doing this on purpose. It's not even sabre rattling, it's the obvious use of gas as a weapon," Vitrenko said on Facebook.

"A joint statement from the United States and Germany said that if the Kremlin used gas as a weapon, there would be an appropriate response. We are now waiting for the imposition of sanctions on a 100% subsidiary of Gazprom, the operator of Nord Stream 2."

He was referring to an agreement between Berlin and Washington on Nord Stream 2 struck in July.

The dispute comes at a sensitive time for Russia, which wants Germany to certify the Nord Stream 2 gas pipeline to Germany now that it has been completed. Russia faces accusations from Kremlin critics that it is trying to speed up that approval process by deliberately not doing enough to supply Europe with gas during an energy crunch that has seen spot gas prices soar.

There was no immediate response from Washington or Berlin to Vitrenko's call. The Kremlin dismissed Ukrainian criticism as unfounded and politicised.

"There have been and will be accusations against Russia, the majority if which are politicised," Peskov said, when asked about Ukraine's complaints.

"The main thing in this situation is that we are consistently fulfilling our obligations."

Gazprom did not respond to a request for comment. 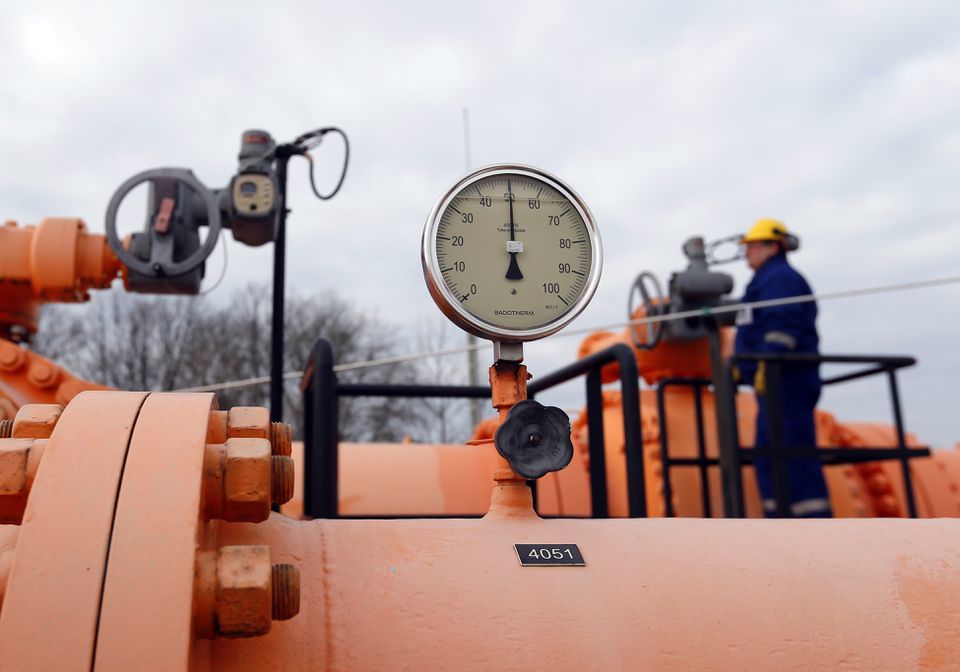 An engineer checks the gas distribution system in Beregdaroc, one of several points where Russian gas crosses into the European Union February 10, 2015.

Russian gas supplies via the Yamal-Europe pipeline, which traverses Poland, fell on Friday by almost 77% from Thursday, data from grid operator Gascade showed, as Gazprom booked only a third of the capacity available for October.The Russian company has repeatedly said it is supplying customers with gas in full compliance with existing contracts and that additional supplies could be provided once Nord Stream 2 is launched.

Ukraine is hoping that the European Union, of which it is not a member, will intervene and rein in Gazprom.

"The monopolisation of gas routes by Gazprom, which we are now observing, raises the question of the fundamental principles of the functioning of the EU (European Union) gas markets - competition and transparency," said Sergiy Makogon, the head of the Ukrainian Gas Transmission System operator.

"The strengthening of the dominant position of one player and their use of leverage for obviously political purposes against the backdrop of a shocking rise in gas prices in Europe must be stopped," he said.

Ukraine has opposed Russia's new gas deal with Hungary, calling it this week a "purely political, economically unreasonable decision". It has asked the EU's executive to assess whether it respects European energy law.

Kyiv is also lobbying the West to try to prevent the Nord Stream 2 pipeline, which bypasses Ukraine, from starting up.
German utility Uniper, part of the group of Western companies supporting Nord Stream 2, said on Friday it did not expect the pipeline to help ease the tight global gas market this winter as an operating licence is unlikely to come quickly.

UKRAINE AND HUNGARY AT ODDS

The row over the gas deal has spilled into a bilateral dispute between Kyiv and Budapest, which are already at odds over the use of the Hungarian language in Ukrainian schools.

Orban, who faces his first competitive election next year after three landslide victories since 2010, said that without the gas deal Hungarians would have to pay much higher prices.

"We need gas. This is the reality. You (the Ukrainians) need to agree with the Russians," Orban told public radio.