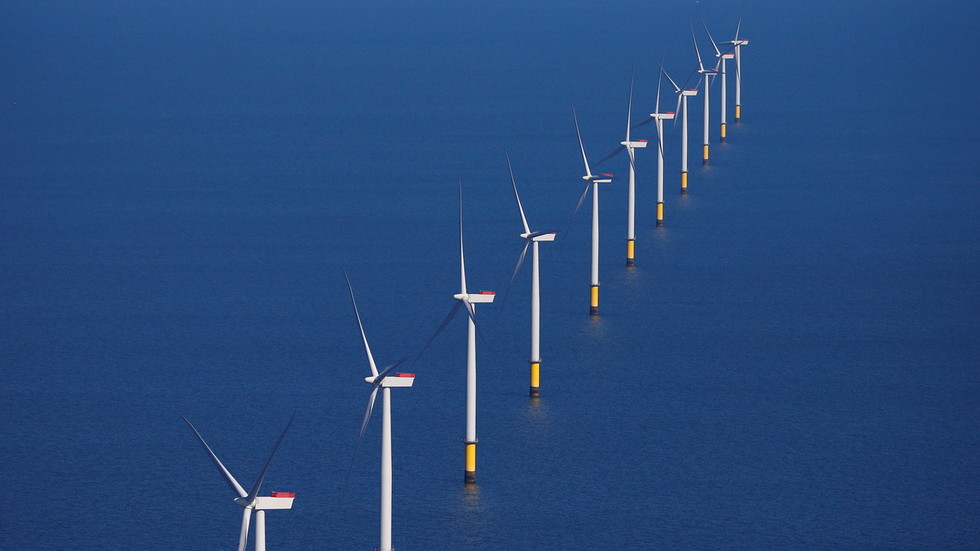 The British government has said it will enshrine the “world's most ambitious climate change target” into law as London confirms its intention to reduce emissions by 78% by the year 2035.

In a press release on Tuesday, the British government said its new carbon emission goals will see the UK reach three-quarters of its net-zero goal by 2035, with the previously established net-zero target being the year 2050.

“The Carbon Budget will ensure Britain remains on track to end its contribution to climate change while remaining consistent with the Paris Agreement temperature goal to limit global warming to well below 2°C and pursue efforts towards 1.5°C,” the statement read.

The new target, which will be enshrined in law according to the statement, will see the UK set the goal of reducing emissions by 78% by 2035 compared to 1990 levels. The government have described the goal as “the world's most ambitious climate change target.” For the first time, the carbon budget will incorporate the UK’s share of aviation and shipping emissions.

Earlier on Tuesday the International Energy Agency issued a warning that the global economic recovery from Covid-19 would cause the largest single increase in carbon dioxide emission in more than a decade.

"This is a dire warning that the economic recovery from the Covid crisis is currently anything but sustainable for our climate," IEA Executive Director Fatih Birol said, adding that the increased use of coal-fired power stations was part of the cause.

Britain’s new commitment comes two days before PM Boris Johnson addresses the US Leaders Summit on Climate, hosted by President Biden on Earth Day. It is hoped the US will also set sizable climate change targets.

Later in 2021, the UK will host the 2021 United Nations Climate Change Conference, known as COP26, and has said climate issues will be at the top of the agenda for the G7 meeting in Carbis Bay, Cornwall in June.
#covid 19  #covid  #boris johnson
Add Comment