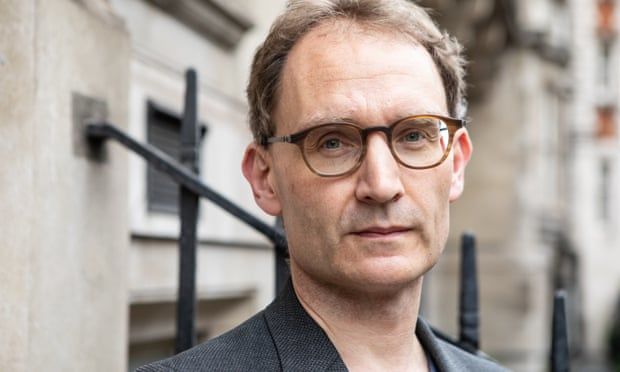 The UK’s vaccine advisory group behaved like a medical regulator in rejecting calls for all children aged 12-15 to be offered Covid jabs despite that not being its role, Prof Neil Ferguson has said.

Last week the Joint Committee on Vaccination and Immunisation (JCVI) said the margin of benefit for older children, on health grounds alone, was too small for the committee to support jabs for the entire age group.

But it recommended that ministers seek further advice, taking into account factors such as the impact on disruption to education, with sources suggesting vaccines for older children could be recommended this week.

Ferguson, a leading epidemiologist from Imperial College London whose initial modelling was pivotal in Britain’s coronavirus response, said he would not be surprised if the UK’s chief medical officers decide to press ahead with vaccinating healthy children aged 12 to 15.

Speaking at an online event hosted by the Institute for Government, Ferguson said he understood that the JCVI had been relatively conservative in its advice, because of the small risk of a condition call myocarditis that appears to be linked to certain Covid jabs. 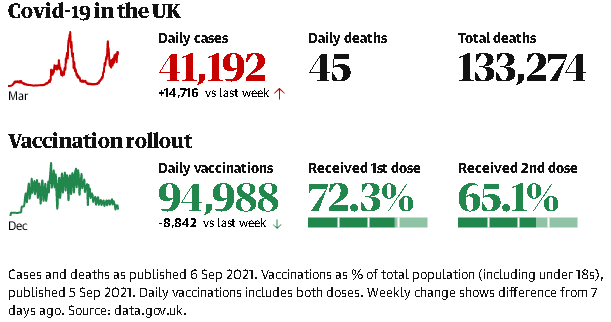 “I think the committee had some particular concerns about long-term follow-up data in terms of myocarditis associated with vaccination, and so took quite a conservative position, almost akin to a kind of medical regulator – which isn’t quite its role,” he said. He added that the UK’s Medicines and Healthcare products Regulatory Agency (MHRA) had already approved use of the Pfizer/BioNTech and Moderna vaccines for children over the age of 12.

Ferguson also said he suspected Covid infection might pose a greater risk than the vaccine when it came to myocarditis, although he noted a lack of good data for estimating the risk of the condition from Covid.

On Friday Jeremy Brown, professor of respiratory infection at UCL and a member of the JCVI, stressed that the role of the MHRA and JCVI were different. “MHRA make a broad decision about whether a product can be used in a given population – so they have decided that the vaccine is safe to use in this population, whether it’s necessary to use in a given population is to JCVI’s remit,” he said. “So the MHRA actually allow you to use a vaccine, and we say, well, do we need to? And the answer is no, not for healthy 12 to 15-year-olds, on health grounds.”

Ferguson said there were wider benefits including that vaccinating younger people would drive down transmission and therefore help protect the vulnerable. “So long as you’re convinced that there is some individual-level benefit, then I think it’s valid to call in the population benefits,” he said.

He said the call on whether to offer the vaccine to all older children was “an enormously difficult decision” and he added he was not going to criticise the JCVI. But, he said, vaccinations of older children might yet go ahead. “It wouldn’t surprise me that the chief medical officers taking in account these other factors, decide to go forward with vaccination,” he said.