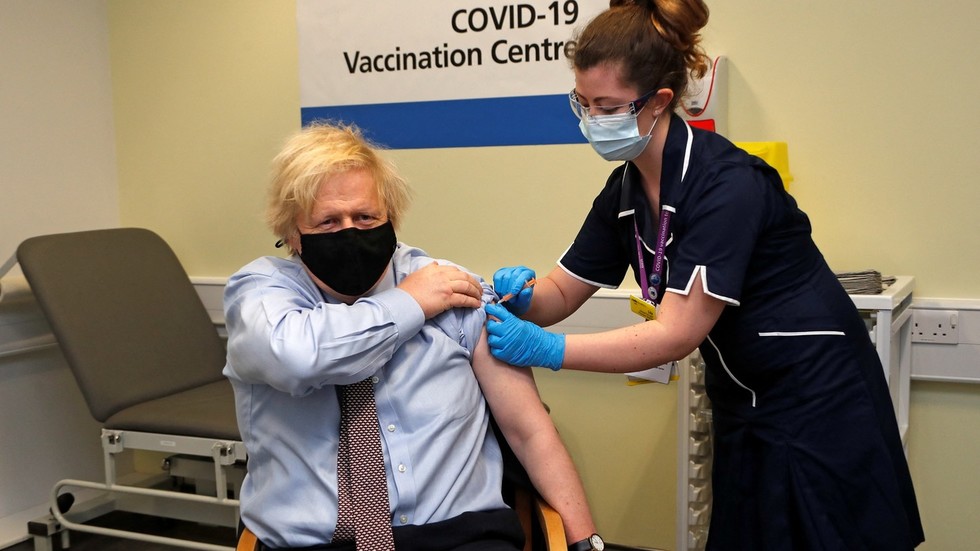 The UK government has signed a deal with British pharmaceutical giant GlaxoSmithKline (GSK) to produce up to 60 million doses of the Novavax Covid-19 vaccine, Prime Minister Boris Johnson has announced.

"I can today announce that the vaccine taskforce has reached an agreement with GlaxoSmithKline to finish and bottle this precious fluid," Johnson told a coronavirus news briefing on Monday.

Manufacturing will take place at GSK's site in Barnard Castle, a town in the North East of England that drew headlines last year after it was visited by Johnson's then-top aide Dominic Cummings in breach of the national lockdown.

GSK will "fill and finish" vials of the US-developed vaccine at its Barnard Castle facility as soon as May, the company said in a statement.

The antigen component of the jab, which teaches the body to produce antibodies to fight Covid-19, will also be produced in the North East by FUJIFILM Diosynth Biotechnologies in the town of Stockton-on-Tees.

The government has secured 60 million doses of the vaccine under an advance purchase agreement with Novavax, but the jab will still need to be approved by the UK's drug regulator, the Medicines and Healthcare products Regulatory Agency (MHRA).

The results of a UK phase 3 trial of the jab earlier this month showed that it has an efficacy of 96% against the original form of Covid-19, as well as high protection against the variants from the UK and South Africa.

More than 30 million people have received their first dose of one of the UK's three approved vaccines made by Pfizer, Moderna and AstraZeneca.

During Monday's briefing Johnson did not refer to Barnard Castle explicitly, only saying that the vaccine would be made "in the North East."

Cummings was sighted in the town in April last year at the height of England's first lockdown when the government was urging people to stay at home.

Shortly after suffering Covid-19 symptoms, he drove from London to his parents' house in Durham, before driving to Barnard Castle to "test his eyesight", which he said had been affected by the virus.
#covid 19  #vaccine  #pfizer  #astrazeneca  #covid  #coronavirus  #boris johnson  #vaccines
Add Comment