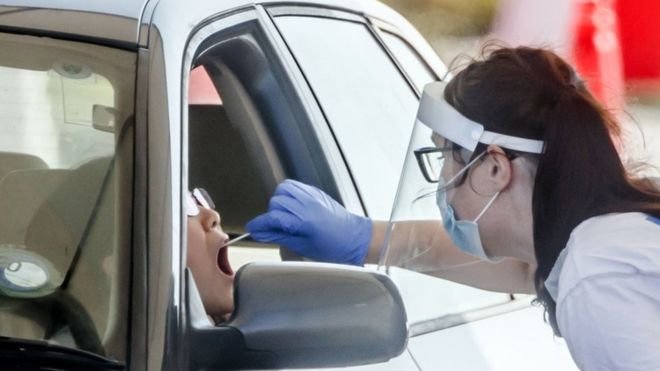 The UK has recorded 6,634 new coronavirus cases, the government has announced, making it the highest daily figure since mass testing began.

Another 40 people have died within 28 days of testing positive for the virus.

Meanwhile, people arriving in the UK from Denmark, Slovakia, Iceland and Caribbean island Curacao will need to self-isolate for 14 days from Saturday.

After falling from their April peak, confirmed new coronavirus cases in the UK have been rising again since July. 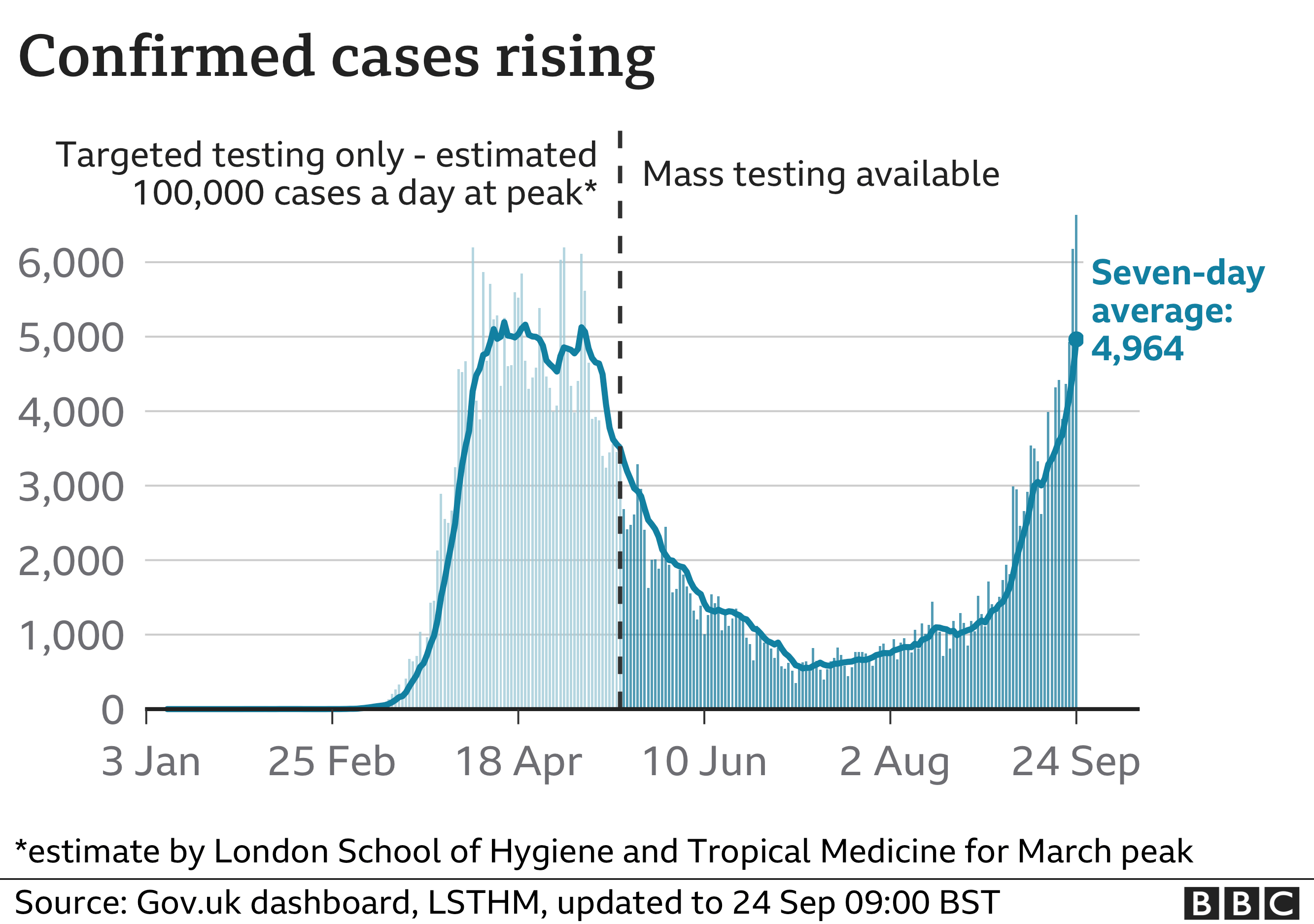 The government's new wage subsidy scheme, set to replace furlough, will see the government top up the pay of people unable to work full time.

The official records may show that the UK has just seen the highest number of new cases on a single day.

But it is, of course, nothing of the sort. At the peak of the pandemic in the spring we had such limited testing capacity that it was largely only hospital patients who were being checked.

It meant we were identifying just the tip of the iceberg.

Estimates have suggested there may have been as many 100,000 cases a day at the peak.

We are clearly not capturing all the infections - even now with the mass testing that is available.

Surveillance data last week suggested we may be identifying only about half of cases.

But that still puts the infection levels well below what they were in the spring.

Hospital admissions and deaths have also started creeping up, but are still very low.

Health experts have been clear we are now on the upwards path so we should expect this trend to continue.

Crucial will be how quickly figures rise for all three measures, with the hospital cases and deaths the most important.

Evidence from Spain and France, which started seeing rises a few weeks before us, offer some hope.

Cases have been climbing gradually - at least more gradually than the trajectory government scientists warned could lead the UK to 50,000 cases a day by mid-October.

Mr Sunak's measures come two days after Prime Minister Boris Johnson announced further restrictions to help curb the spread of coronavirus, including a 22:00 closing time for all pubs, restaurants and hospitality venues, which have now come into force in England.

The sector will also be restricted, by law, to giving table service only.

In Scotland, university students have been asked not to go to pubs, parties or restaurants this weekend, in a bid to curb outbreaks at several institutions.

First Minister Nicola Sturgeon apologised to students, saying she recognised Covid was "making this special time of your lives so tough".

And in Wales, people in Cardiff are facing the prospect of local lockdown after council leader Huw Thomas said the city was on the verge of entering the Welsh Government's "red zone".

The decision to remove Denmark, Slovakia, Iceland and Caribbean island Curacao from the so-called "travel corridor" list takes effect from 04:00 BST on Saturday, the Department for Transport said.

It has been agreed with the devolved administrations so covers the whole of the UK, unlike some previous travel quarantine announcements.

No countries will be added to the UK travel corridor list this week, Transport Secretary Grant Shapps said.

Singapore and Thailand remain the most recent additions to England and Scotland's list, from 17 September.

Writing on Twitter, Mr Shapps reminded passengers they were required by law to fill in a passenger locator form when entering the UK.

"This protects public health and ensures those who need to are complying with self-isolation rules," he said.

The form asks travellers to provide their contact details and UK address. Passengers can be fined up to £3,200 in England if they do not provide accurate contact details, or £1,920 in Wales.