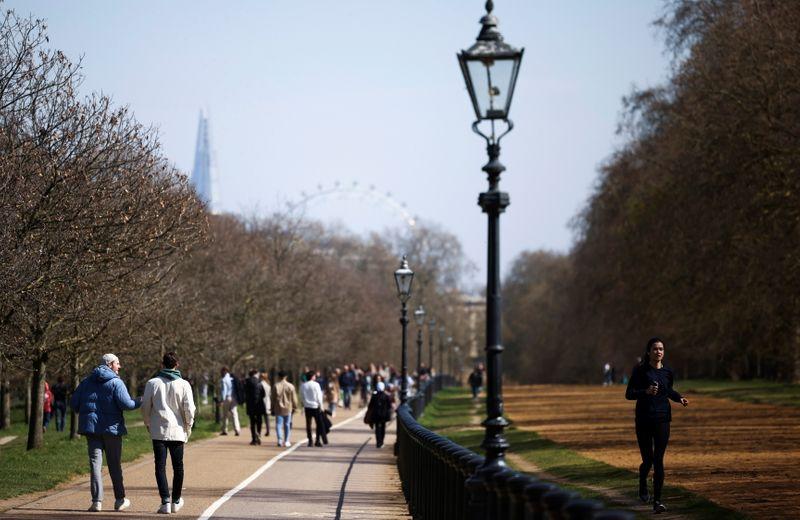 The next step to ease COVID-19 lockdown restrictions in England is not expected to put unsustainable pressure on the health service even if it results in an uptick of COVID-19 infections, scientists advising the government said on Monday.

However, the scientists said that a resurgence in hospitalisations and deaths at some point was still highly likely, though its scale and timing was uncertain.

British Prime Minister Boris Johnson is expected to announce later on Monday that England can proceed to Stage 2 of his roadmap out of lockdown, allowing hospitality to re-open outdoors next week and the restart of all retail.

The Scientific Advisory Group for Emergencies (SAGE), which advises the government, said that the move would not overwhelm the state-run National Health Service (NHS) even if infections rose assuming the country’s successful vaccine programme stays on track.

“Any resurgence in hospital admissions and deaths following Step 2 of the Roadmap alone is highly unlikely to put unsustainable pressure on the NHS,” SAGE said in the minutes of a March 29 meeting, published on Monday.

SAGE cited work compiled by the Scientific Pandemic Influenza Group on Modelling (SPI-M), which looked at models made by Imperial College London, Warwick University and the London School of Hygiene and Tropical Medicine.

SPI-M said that a new peak could occur in summer or autumn, and that its timing and size would depend on how people behave after restrictions end.

Whether England can proceed to steps 3 and 4 of lockdown easing, which could see formal restrictions on social contact end in June, will depend on data following each step.

“It is highly likely that there will be a further resurgence in hospitalisations and deaths after the later steps of the Roadmap,” SPI-M said in a paper published on Monday.

Most scenarios saw any new peak as smaller than the one in January 2021 but more pessimistic assumptions about transmission reduction and vaccine effectiveness “can result in resurgences in hospitalisations of a similar scale to January 2021.”

The modelling did not account for the possible emergence of vaccine-escaping variants or looser travel rules.
#covid 19  #vaccine  #covid  #boris johnson
Add Comment