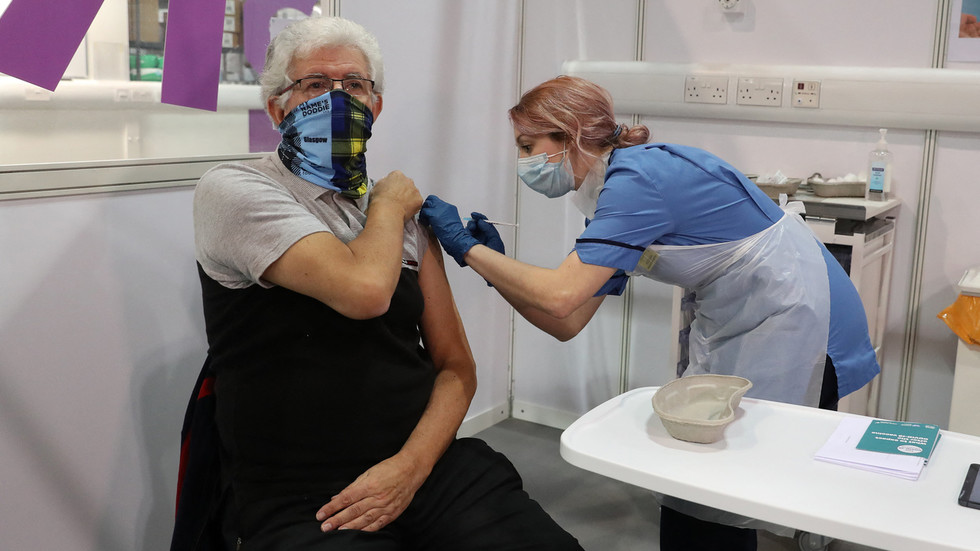 The study, the results of which were released on Monday, was the first to look at the effects of the program, with nearly 18 million having received at least one shot of three vaccines approved for use in the UK so far.

The study found there had been an 81 percent reduction in hospitalisation rates for those aged 80 and over – the demographic hardest hit by the coronavirus pandemic – within four weeks of their receiving a first dose of a vaccine.

Lead researcher Professor Aziz Sheikh, of the University of Edinburgh, said the results were very encouraging and provided national evidence of the effectiveness of Covid-19 vaccines in preventing hospitalisations.

His fellow researchers, who hailed from five Scottish universities, worked with Public Health Scotland to access real-time data from 5.4 million people. They focused on the impact of the UK vaccine rollout between December 8 and February 15, when some 1.14 million people received at least their first Covid-19 inoculation.

The study looked at the 490,000 people who had received at least one dose of the AstraZeneca jab and the 650,000 who had received the Pfizer version. Together, the study covered roughly 20 percent of Scotland’s population. The scientists say their research cannot be used to draw direct comparisons between the effectiveness of the AstraZeneca and Pfizer vaccines, however.

The study comes as Prime Minister Boris Johnson met with his cabinet on Monday morning to put the final touches to the roadmap planned to ease coronavirus lockdown restrictions in England. He is scheduled to outline the plan to the House of Commons on Monday afternoon. Johnson’s government has set out an ambitious program to vaccinate all adults by July 31, with all those over 50 receiving their first jab by the middle of April.
#covid 19  #vaccine  #pfizer  #astrazeneca  #covid  #coronavirus  #boris johnson  #vaccines
Add Comment