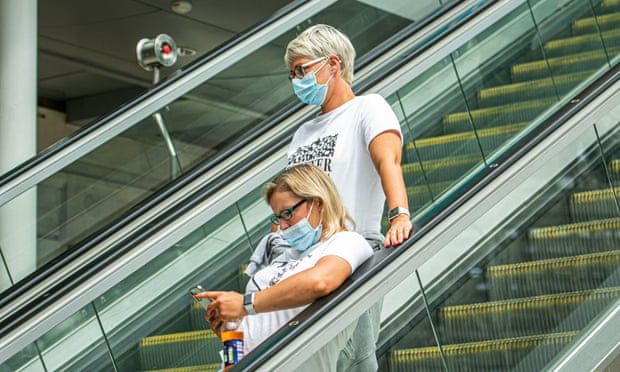 Delta variant spreading rapidly, with one in 95 people in England testing positive for the virus last week

More than 50,000 daily cases of coronavirus have been reported in the UK for the first time since January, with an estimated one in 95 people testing positive for the virus in England last week.

The daily tally of cases has reached 51,870, the highest figure since 15 January, and 277,995 people tested positive over the past week, a rise of more than a third on the previous week.

The report showed that the Delta variant was spreading rapidly, and has been the most common source of infection in England since the end of May. The figures are comparable to those last seen at the beginning of February, in the middle of the third lockdown, after case rates peaked at one in 50 in early January.

Cases are rising across all regions in England, though they are increasing fastest in the north-east and north-west after a rise in those regions in the first week of July, the report states.

Rates are also rising fastest among people under 40, especially among 16- to 24-year-olds. Those aged 18-24 were the last in line for vaccination, while under-18s are not yet eligible.

The figures come as the NHS test-and-trace app asked 1.6 million people to self-isolate after coming into close contact with someone infected with the virus, prompting concerns of summer chaos for businesses and households amid soaring case numbers.

Schools are reporting widespread absences due to bubbles self-isolating and parents withdrawing their children over fears that they would be asked to isolate and have to cancel plans or lose money on summer holidays.

On Monday, the government will remove all mandatory social distancing and mask-wearing rules in England as part of the final stage of Covid unlocking. Ministers have warned the public to expect 50,000 daily cases by this point, rising to 100,000 over the summer, but have said that the success of the vaccine rollout means that hospitalisation rates will be lower.
#vaccine  #covid  #coronavirus
Add Comment