From accusations of ‘RMT intransigence’ to ‘government meddling’ behind the scenes, we check the facts

Did ministers tell rail bosses to cap pay rises at 3%?

Impossible to say with certainty: the Department for Transport (DfT) says employers have been able to negotiate freely but “with clear direction from government about the modernisation that needs to be achieved”. Government has clearly set the financial parameters, what the RMT leader Mick Lynch called the “fingerprints of Grant Shapps and DNA of Rishi Sunak”.

The industry has been told, directly or otherwise, that pay rises can only come with “productivity gains”. With more and more of the industry officially on the Treasury balance sheet, rail is more or less a public sector employer. During Covid, train operators were relieved from franchises that would have seen them go bust and placed on new contracts where the revenue, or lack of it, is the government’s concern. The pay rise across all train operating companies is being negotiated nationally.

Network Rail, meanwhile, has said it is not getting any uplift to its £41.7bn five-year budget. Chief executive Andrew Haines has said any wage increase has to come through cost savings and productivity – a position which mirrors the message given by the Treasury elsewhere in the public sector. He has said it could go higher than 3% – but also said there were no productivity gains that would allow a rise anywhere near RPI inflation, rail’s usual benchmark, running at 11.1%. 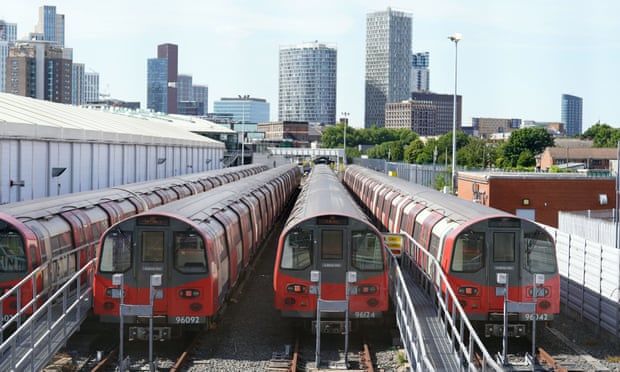 Are railway workers’ T&Cs at risk, as the union claims?

Yes, to some extent. One firm’s productivity gain is another employee’s ruined weekend. Flexible working and rostering are at issue. Rest -day working is being targeted at train companies, where Sunday working has traditionally been voluntary and paid at overtime rates.

At Transport for London (TfL), a review of the pension scheme has been ordered as part of the emergency funding agreement. London Underground also is seeking to cut 10% of its frontline staff, which employees argue can only negatively affect their workload and wellbeing. 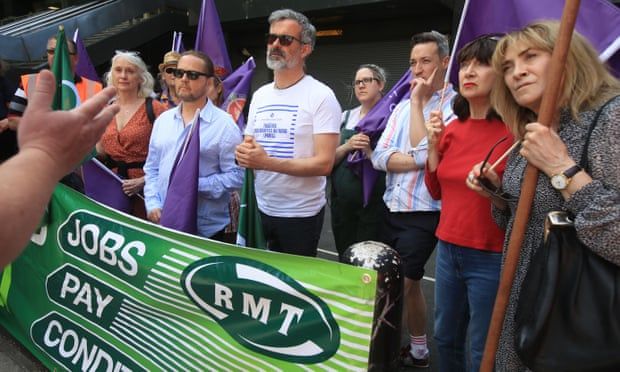 RMT workers on the picket line.

Has the RMT stopped modernisation, as management claims?

Probably – although “modernisation” remains a pretty loaded term. The union declined to discuss specific claims aired by Network Rail, such as how long it took to agree a new communications app to message remote working staff; or whether entire teams of workers had to be rostered to jobs when only one individual (plus new technology) was required; or whether it was blocking the use of drones to examine railway tracks for wear and damage. The RMT has a reputation for intransigence – but also argues that a lot of changes in the name of “modernising” are a back door way of lowering conditions and cutting staff.

Asked directly, Mick Lynch said: “We’re not resisting change. We negotiate change on a permanent basis with our employers … What we’ve got here is an unreasonable agenda of pay cuts and slashing terms and conditions.” 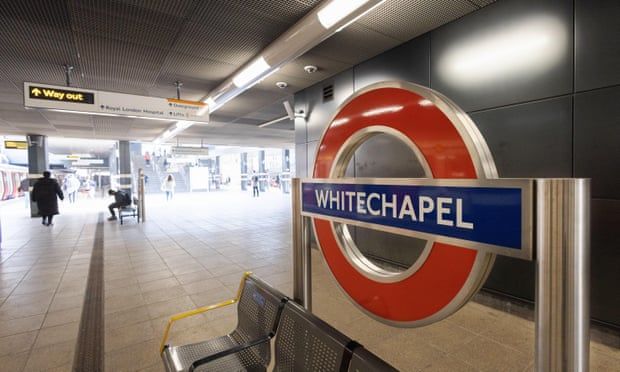 Has the Tory government cut £4bn of transport funding?

No – at least, not straightforwardly so. In the last two years, taxpayer spending has gone up significantly: the government has incurred £16bn more cost on the railways over the last two years, and provided nearly £5bn in emergency funding to TfL, as revenue dried up in the pandemic.

The RMT’s argument appears to be that the government has always needed to subsidise the railways in full: the annual grant effectively balanced the books in rail’s confusing money merry-go-round. On the main railway, about 20% of fare-paying passengers have yet to return since the pandemic, taking out £2bn in annual revenue. The Treasury has now indicated it will not keep filling that gap.

A £2bn “funding gap” has likewise emerged at TfL, the union says, in lost revenue from Covid, where the government has only provided short-term, partial and conditional bailouts rather than underwriting the system. London still suffers from the critical decision agreed by a certain former mayor, Boris Johnson, and then chancellor George Osborne in 2015 to abolish an annual operating grant worth £700m, that left TfL reliant on fare revenue when Covid hit.