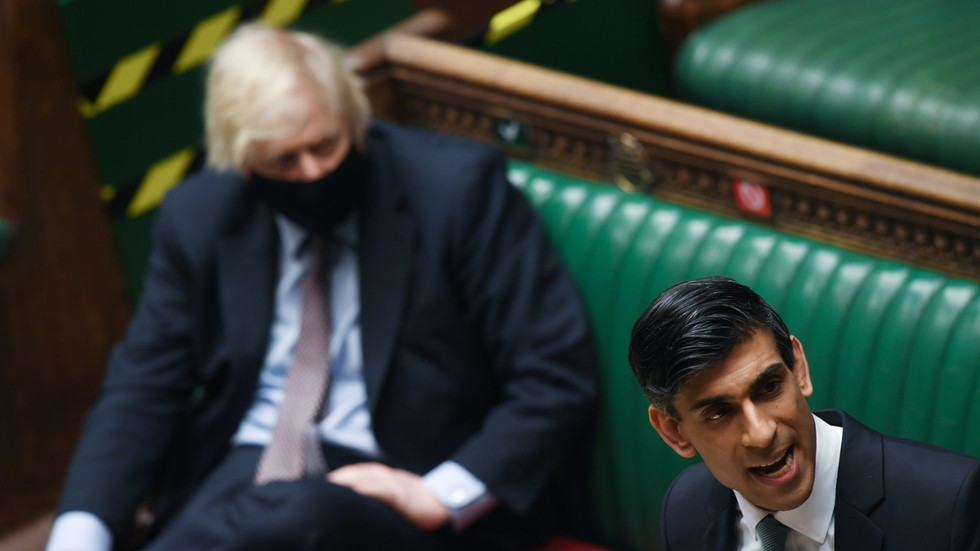 Prime Minister Boris Johnson and his finance minister, Rishi Sunak, shall work from their offices but not go into full self-isolation, despite having been in close contact with somebody with a confirmed Covid-19 infection.

Johnson and Chancellor of the Exchequer Rishi Sunak have been contacted by NHS Test and Trace “as contacts of someone who has tested positive” for Covid-19, No. 10 confirmed on Sunday. But they will not observe full self-isolation protocols in response.

Instead, the top officials “will be participating in the daily contact testing pilot to allow them to continue to work from Downing Street,” the statement said.

"They will be conducting only essential government business during this period."

Typically, contacts of an identified Covid-19 carrier would have to self-isolate for 10 days. The government says Johnson and Sunak will be participating in a pilot study looking at how a less restrictive set of rules would work. The scheme is reportedly being tested in 20 workplaces, while eligibility for it is assessed on a case-by-case basis.

Confronted on Sky News over the bad optics of having top cabinet members receive preferential treatment under the pilot scheme, Communities Secretary Robert Jenrick said he could appreciate the frustration that the public may feel about it, but rejected the notion of privilege.

“Hundreds, if not thousands, of public sector staff … will be able to use this pilot, will be learning from it. And of course, if it’s possible to roll it out more broadly because it’s proven to be safe and successful, then we will do,” he promised.

Johnson and Sunak were flagged by the tracing system after Health Secretary Sajid Javid tested positive for Covid-19. His infection was confirmed by two subsequent tests on Saturday. Javid announced his diagnosis in a video address on Twitter, saying he was self-isolating at home with his family.

The Johnson cabinet doesn’t have a particularly stellar record for observing its own Covid-19 rules – the latest example being Matt Hancock, Javid’s predecessor as health secretary, who was accused of breaching social distancing measures in pursuit of an affair with his aide. Hancock resigned last month after his amorous adventures were exposed by the press.