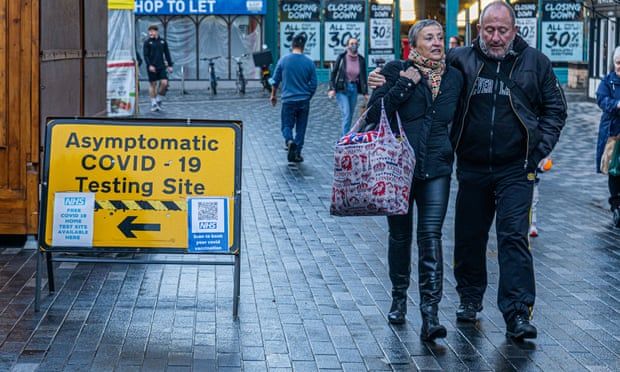 Officials have been working on a “Covid exit strategy” called Operation Rampdown, under which the government could wind down testing and people would no longer be forced to isolate if they are ill from April, leaked documents reveal.

The documents, prepared by the UK Health Security Agency (UKHSA), give ministers the option of dismantling the official government-backed testing system and tracing operations.

The requirement for people to isolate for 10 days if they contract Covid could also be scrapped and those on low pay would no longer receive £500 to isolate.

No 10 sources distanced ministers from the document on Sunday and denied the April target. “No ministers have asked for this or seen it,” one source said.

“It’s far too early to be talking about any of this stuff when don’t know where we will be in terms of case numbers or state of the pandemic.

“You can’t plan so far ahead with this disease. It’s very premature to be talking about that at this stage particularly ahead of winter.” 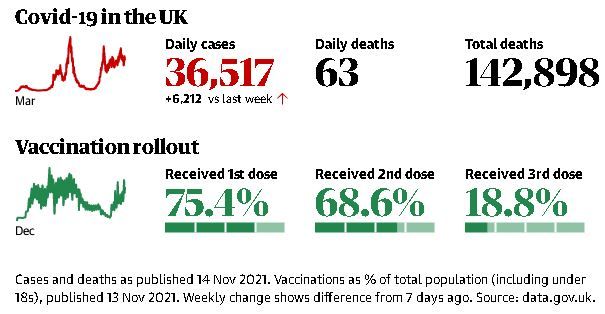 The existence of the document was revealed by the Mail on Sunday, which said it was prepared as part of a six-week review of the government’s test-and-trace operations conducted by UKHSA officials. The new body is headed by the former deputy chief medical officer for England, Dr Jenny Harries.

According to the report, the document said: “We will no longer be prioritising the previous objectives of breaking chains of transmission at all costs.”

A government spokesperson said: “We have published the autumn and winter plan for managing the response to coronavirus, which remains a serious risk.

“We keep our approach under review, and no decisions have been taken about next year.”

The plan would involve the winding down of the Covid testing regime, which requires people to get a free test if they have any of the three main symptoms: cough, temperature and loss of smell or taste.

Testing would instead be paid for and left to the private marketplace, despite concerns about some of the companies offering tests. The Competition and Markets Authority are investigating a number of them over misleading claims.

The Sunday Times also reported that the data privacy watchdog was examining information about one company, CignPost, over fears that its terms and conditions could allow the sale of its customers’ genetic data to third parties.

Cignpost denied it was keeping such data. It said: “Cignpost Diagnostics only uses customers’ DNA for Covid-19 testing. All PCR Covid-19 tests are based on DNA analysis. We only use DNA for the purposes of conducting the PCR test in line with Public Health England guidelines. All DNA samples and data are destroyed once the Covid-19 test process is complete and data has been shared with clients and PHE.

“Our terms and conditions do not allow the use of customer DNA samples or data for any purpose other than Covid-19 testing. Any change in use of customer data would require new explicit consent. We apologise to our clients for any concern or confusion caused by today’s media coverage.”

It comes as the government pins its hopes for avoiding further Covid restrictions this winter on enough people getting booster jabs. Latest figures showed 38,351 new cases and a further 157 deaths on Saturday.

The virus is most prevalent among older children and teenagers. The NHS said on Sunday that more than a million 12- to 15-year-olds in England had been vaccinated, and that NHS teams would visit more than 800 schools next week to offer young people vaccinations before the onset of winter.

Prof Neil Ferguson, an epidemiologist at Imperial College London, said this weekend that he thought it unlikely there would be a catastrophic winter wave similar to last year’s, which led to months of lockdown.