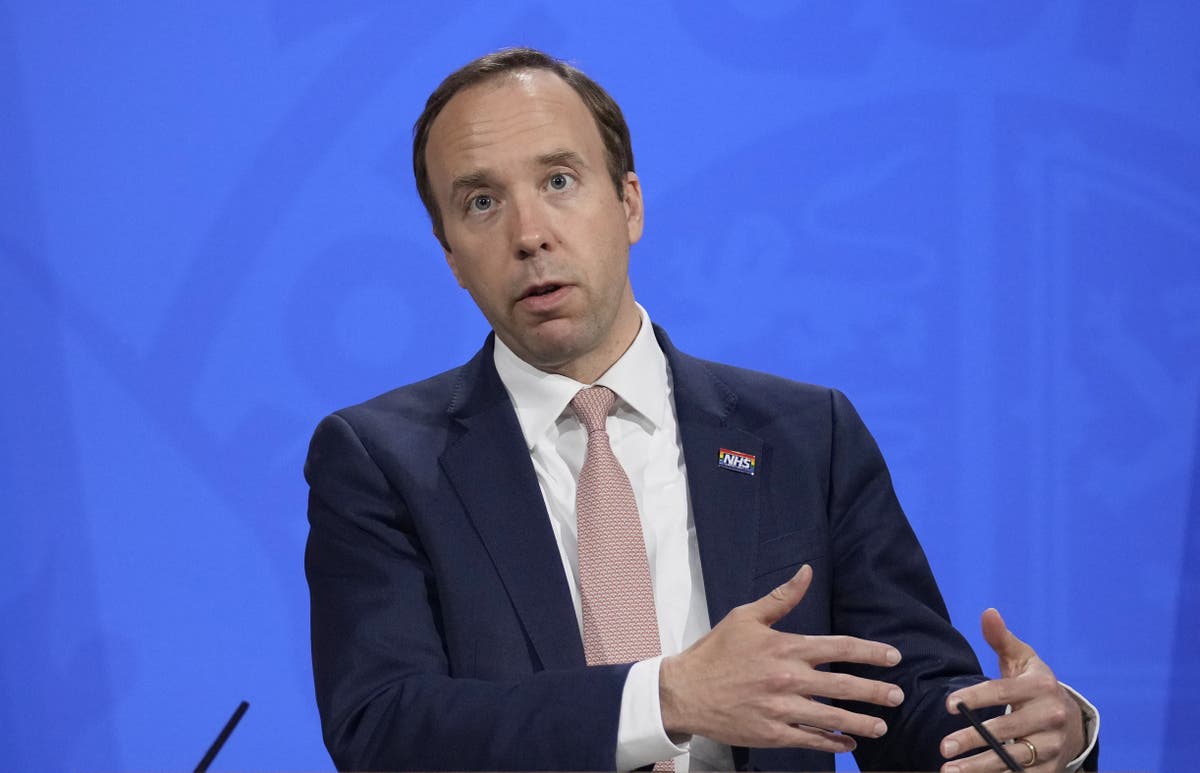 UK in talks with AstraZeneca over doses of ‘variant vaccine’

In a speech delivered at the Jenner Institute in Oxford on Wednesday, he said: "There is yet more to do, the work isn't over yet - we're still procuring all the time and planning what we need to keep this country safe, including new vaccines specifically targeted at variants of concern.

"I can tell you today that we've started commercial negotiations with AstraZeneca to secure a variant vaccine - future supplies of the Oxford /AstraZeneca vaccine that have been adapted to tackle the B.1.351 variant first identified in South Africa.

"Once again, we're leading the way and backing projects with potential, so we can keep our vaccination programme one step ahead of the virus and protect the progress that we've all made."

Mr Hancock said more than half a billion doses of the Oxford AstraZeneca vaccine have been released to low and middle income countries - as official figures show three quarters of adults in the UK are estimated to have received their first jab.

Mr Hancock said: “I know that a few eyebrows were raised when I said that the film Contagion shaped my thinking about our vaccine programme.

“I should reassure Sir John Bell that it wasn’t my primary source of advice – but when I watched that film, a penny did drop for me: not just that the vaccine would be our way out of the pandemic, but that the power of the vaccine would be so great that we would have to think very hard about who to protect and in what order.

“I knew that some of the most difficult moments of the pandemic would not be before the vaccine was approved, but afterwards when the scramble for vaccines have begun.”

His comments came after it was announced that a total of 39,585,665 first doses have now been delivered since the vaccination roll-out began almost six months ago.

This is the equivalent of 75.2 per cent of all people aged 18 and over in the UK.

In his speech, the health secretary added that half a billion doses of the Oxford/AstraZeneca Covid-19 vaccine have been released for supply globally.

He said that it was, in his view, the greatest gift that this nation could give the world during this pandemic.

“A vaccine that’s available at cost – with no charge but intellectual property – and that because it can be stored simply offers hope for the developing world.

“So, as well as the money that we’ve donated – giving half a billion pounds to Covax (the global vaccine sharing facility) – we’ve also given the world the vaccine, which makes up 96 per cent of those Covax doses,” he added.

The news also comes as scientists announced earlier on Wednesday that they were looking into the effectiveness of the Oxford/AstraZeneca vaccine when delivered using a nasal spray.

The University of Oxford will examine the level of immune system responses generated by the vaccine using this delivery technique, as well as monitoring safety and for any adverse reactions.

The Oxford-AstraZeneca jab is currently being delivered by intramuscular injection as part of the national rollout.
#covid 19  #vaccine  #astrazeneca  #covid  #vaccines
Add Comment