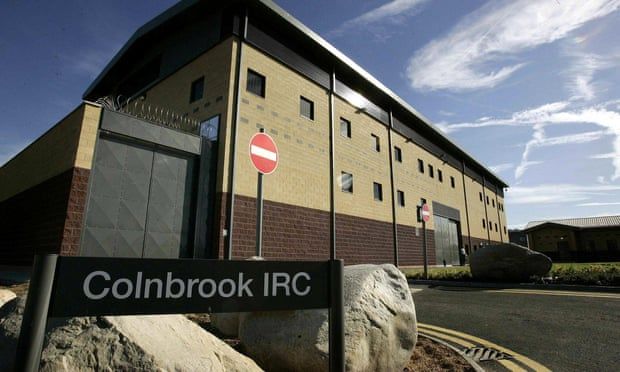 UK deportation flight with four onboard raises questions over viability

Jamaica charter cost equivalent of £50,000 per person, as Home Office hits out at legal challenges

The Home Office’s admission that only four people were deported to Jamaica on a flight in the early hours of Wednesday morning has raised questions about the continuing viability of such flights.

The Airbus A350-900, which can take up to 350 passengers, left Birmingham airport at 1.20am on Wednesday with four of an original list of more than 50 deportees onboard, along with escorts and crew. The average cost of a Home Office deportation charter flight is £200,000, so the operation cost the equivalent of £50,000 a person. The numbers removed on the last four Jamaica charter flights have decreased steadily at 17, 13, seven and now four.

In a statement on Wednesday evening, Priti Patel said: “I make no apology for removing foreign national offenders who have committed crimes which will have had a devastating impact on their victims. The people removed to Jamaica today are convicted criminals who have been found guilty of a range of serious offences. They have no place in our society. It is absolutely galling that, yet again, last-minute legal claims have stopped the removal of 33 people, including those guilty of abhorrent crimes such as murder and child sexual offences.”

The home secretary made no mention in her statement that some removal directions were deferred because of a Covid outbreak at Colnbrook immigration removal centre near Heathrow. Home Office sources confirmed the outbreak and said they were working closely with the UK Health Security Agency to tackle it.

One lawyer who represented several people who were on the list for the Jamaica flight but did not ultimately fly said: “Some due to fly had been unable to access legal advice prior to being detained due to the cost and others had obtained poor-quality advice.

“Most cases were deferred by the Home Office themselves, and in those brought to court it was independent judges who ruled that there were legal grounds why many on the flight list needed to remain in the UK while their cases were considered further.”

Karen Doyle, of the organisation Movement For Justice, said: “These unjust flights rip families apart. Of the 34 detainees we spoke to many had no or inadequate legal representatives.”

Bella Sankey, the director of Detention Action, said: “All of those removed from this flight were removed because either the court or the Home Office decided their removal would be unlawful. Yet still those removed may have had inadequate legal advice as a result of the shambolic operation of the legal advice system in detention. The high court has now given permission for Detention Action’s challenge to these shortcomings to be heard next month.”
#priti patel  #covid
Add Comment