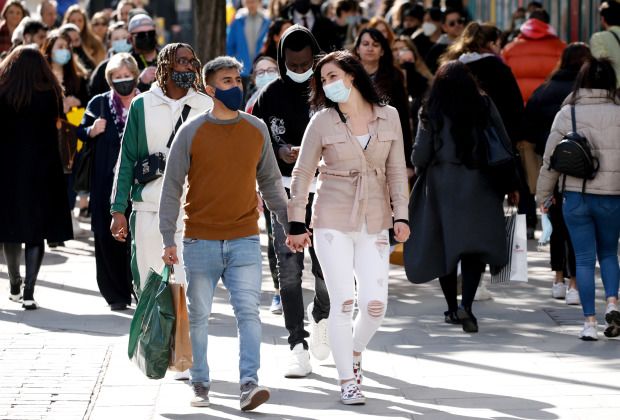 CORONAVIRUS deaths have plunged by 70 per cent in a month with 17 deaths and 2,685 infections recorded in the last 24 hours.

It comes as Boris Johnson said that Britain has a "very good chance" of "opening up totally" on June 21. 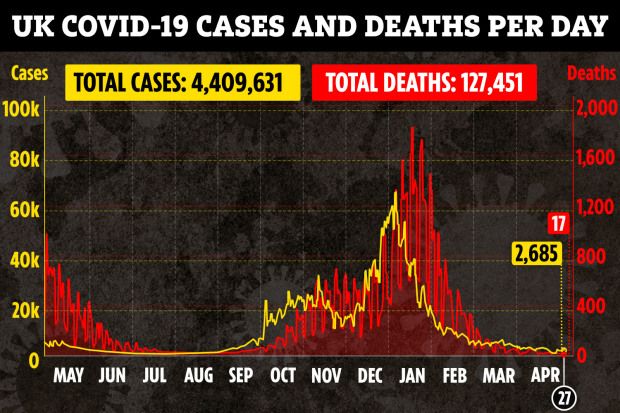 Today's rise in fatalities brings the total number of deaths in the UK to 127,451.

Yesterday cases dropped by 30.3 per cent in just a week along with six deaths recorded in 24 hours.

Last week there were 33 deaths in the UK recorded while 2,524 people tested positive for the virus.

Compared to this time last month, the number of new cases and Covid-related deaths are very low.

In March more than 4,000 people had tested positive with 56 Brits succumbing to the deadly virus.

*  Millions more people are eligible to get their covid vaccine today

New data has revealed that coronavirus deaths have plummeted to the lowest levels seen in six months.

Professor Angus Dalgleish, consultant oncologist, one of the signatories of a letter calling for the Government to end restrictions, said there's no reason to wait until June 21 for full freedom.

Speaking to Good Morning Britain this week he said that restrictions should be lifted right away.

He said: "In my own professional capacity, we have people who've struggled and carried on with symptoms of cancer, too worried to come in to the hospital to get treatment, and now it's progressed further and their outlook is even worse.

"The fear of dying from a virus of less than one per cent, when they have got conditions which have got a far high percentage, some cases 100 per cent chance of killing them is so out of proportion and it's so frustrating.

He added: "We've got tens of thousands of cancer patients who should have been diagnosed and treated, with a much better outcome." 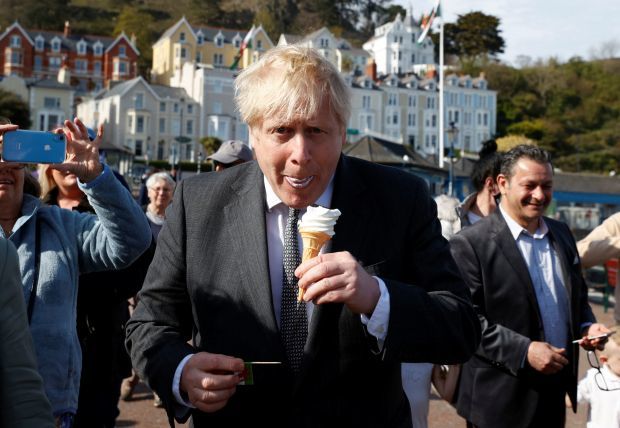 Yesterday the PM said that the UK has a "very good chance" of everything opening up from June 21 despite third wave fears.

The PM warned there will "probably be another wave" of Covid in the UK, but our smashing vaccine rollout will provide "robust fortifications" against it.

He said on a campaign visit yesterday that it was unfortunately likely that cases will go up as the nation is unlocked and we have "got to be realistic about it".

But in better news, cases of Covid are "currently very low" along with the number of people in hospital, he added.

And he said that "as things stand I think we've got a very good chance of really opening up totally on June the twenty-first" - when he hoped to lift all rules.

The PM hasn't yet confirmed things can go back to normal, but ministers hope to lift all Covid rules by June 21.

It's hoped that will mean no limits on social life anymore, with life able to open up properly.

It will mean nightclubs can finally reopen after more than a year shut - and no more limits on weddings or funerals.