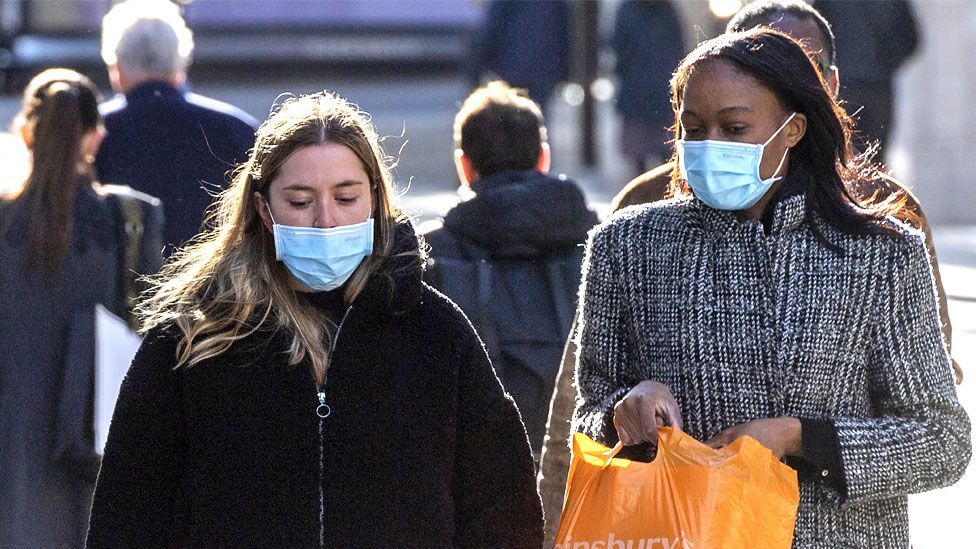 While many European countries are seeing steep rises in coronavirus cases and preparing to step up Covid restrictions, the UK has been going in the other direction.

Experts say differences in levels of immunity and people's behaviour are the likely explanations.

The UK had been seeing the highest rates of cases and deaths in Europe, but recently these have been falling.

However, Boris Johnson has warned there is no room for complacency.

The PM said the wave of infections sweeping across Europe was a reminder that the pandemic had not gone away.

He said: "I'm seeing the storm clouds gathering over parts of the European continent.

"What I'm saying today is that the urgency of getting that booster jab is more evident than ever.

"If we don't do it fast enough, we can see the potential risks to the state of the pandemic in what's happening in other parts of Europe."

The latest daily figure for the number of people testing positive in the UK is 40,375. This week has seen 7% fewer cases than the week before, while deaths are down 8.9%.

The UK figures have - like a cruising aeroplane dealing with turbulence - been bouncing around roughly the same level since the summer.

Covid cases are now taking off in large swathes of Europe, with some countries already climbing to a higher altitude than the UK.

If you look at the rate per million people, around 500 would test positive for Covid each day in the UK. In Austria the figure is more than double this.

The Netherlands, which has also overtaken the UK, has declared three weeks of restrictions in Western Europe's first "partial lockdown" of winter.

Similar countries such as Germany are marginally lower, but the trajectory is causing concern and led to warnings of 100,000 deaths in the country this week. 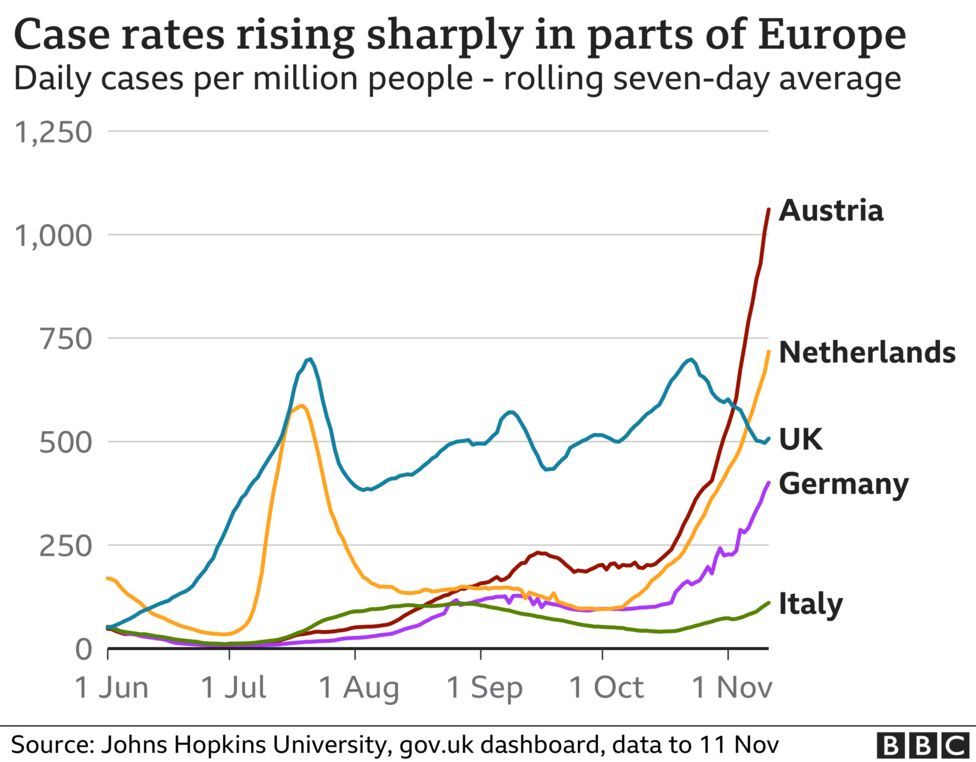 "Cases are rising quite quickly across most of Europe at this stage, it's a very fluid situation," Prof Francois Balloux, from University College London, told the BBC.

He added: "A couple of weeks ago not many would have predicted this rapid increase in Europe."

The driving force behind the spike is a combination of two things - human behaviour and the amount of immunity in the population.

Dr Simon Clarke, from the University of Reading, said we're "probably seeing the start of winter" in Europe.

"When the circumstances are wrong and infection is just more possible you can expect numbers to start climbing and more socialising and mixing indoors means there's more opportunity for transmission, even in vaccinated individuals."

The sustained high levels of Covid in the UK - which "ran hotter" than Europe all summer - will have added to the amount of immunity being provided by the immunisation campaign.

"In the UK, the proportion of the population who have antibodies due to vaccination or infection or both is very high, so essentially more people are protected," said Prof Balloux.

Waning immunity may also be a bigger factor in Europe. Many European countries stuck to giving the two vaccine doses three weeks apart. The UK, controversially at the time, spaced them out further which could lead to a stronger and more durable immune response, say experts.

The increase in cases will not be an equal threat to all European countries. The main job of vaccines is to stop people dying from Covid and to keep people out of hospitals rather than stop all infections, although it does help cut those too. 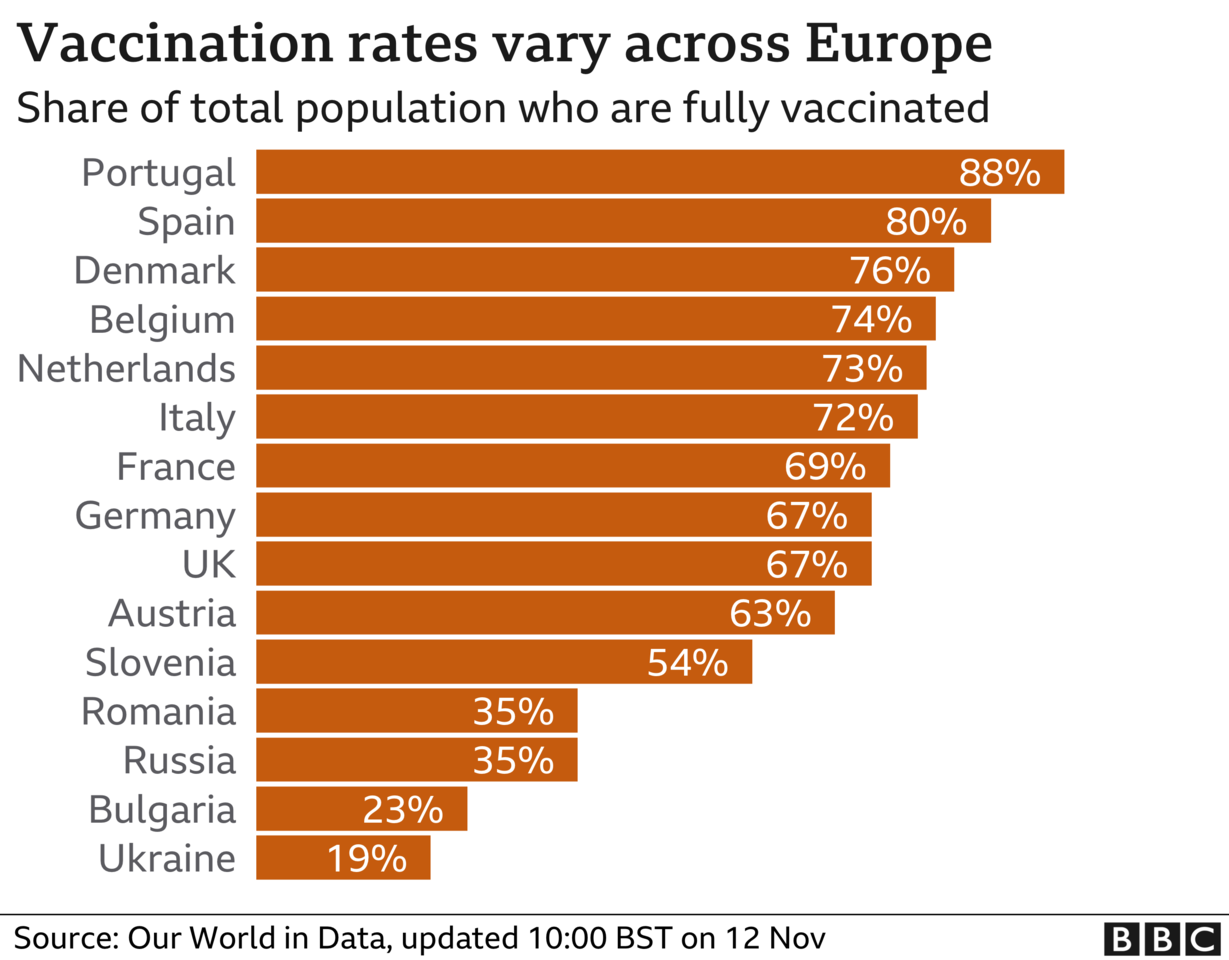 There is still debate about what will happen next in the UK - will cases cruise around the same level for a while or come down quickly.

Estimates from the Office of National Statistics, based on Covid tests done by households, suggest that nearly 1.1 million people in the UK would test positive for coronavirus in the week ending 6 November.

"The half-term break may have played a part, though infections were decreasing prior to this time. Over the next few weeks we will see if this decline continues," said Sarah Crofts from the ONS. 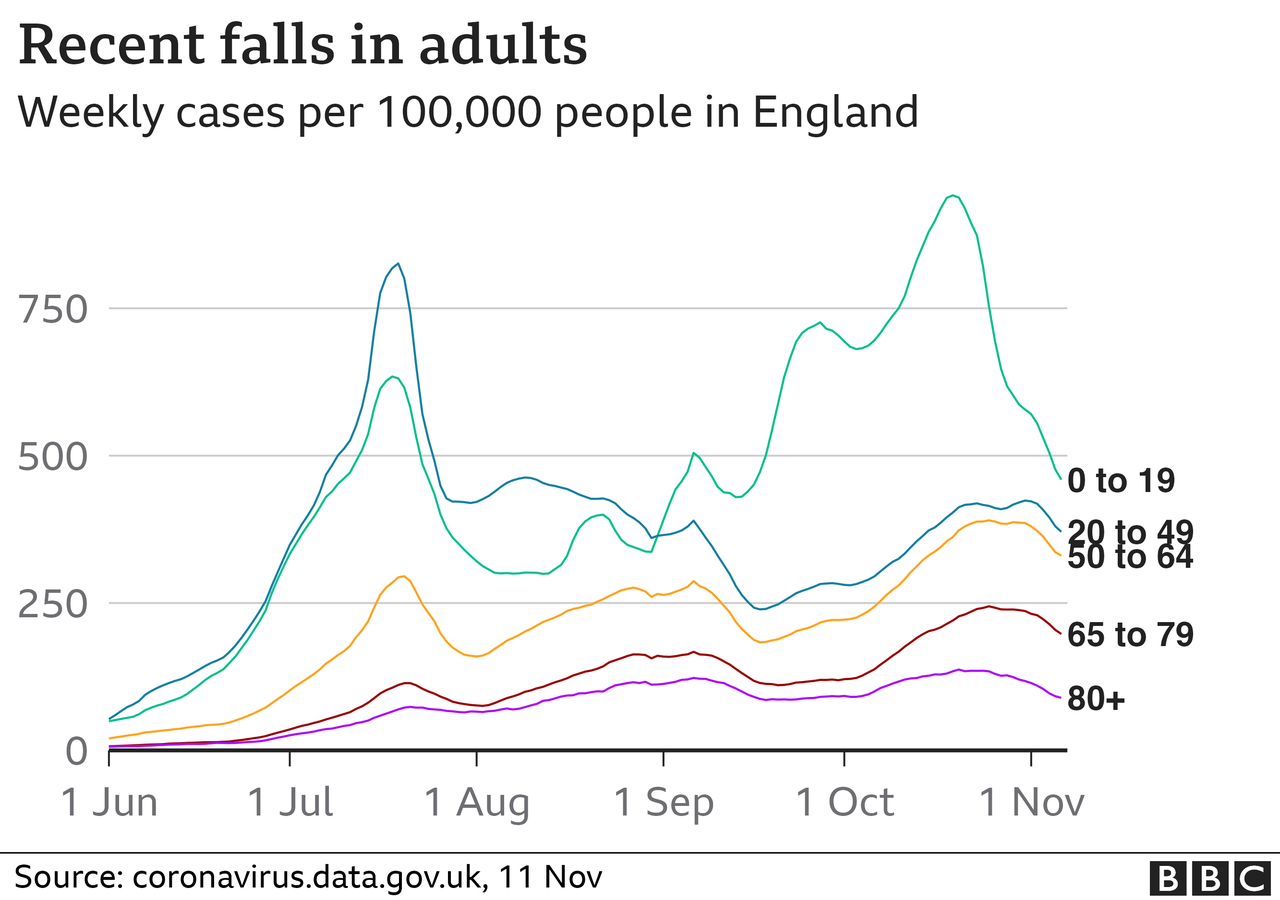 What is happening to people who have received a booster dose is also being closely monitored. Evidence suggests the levels of protective antibodies in their blood has shot back up. It is too soon though to tell if the declines in cases among the over 80s are due to extra protection from boosting or less Covid circulating due to half term school holidays.

"There will be times when the UK has a bad patch and others do well, and vice versa."