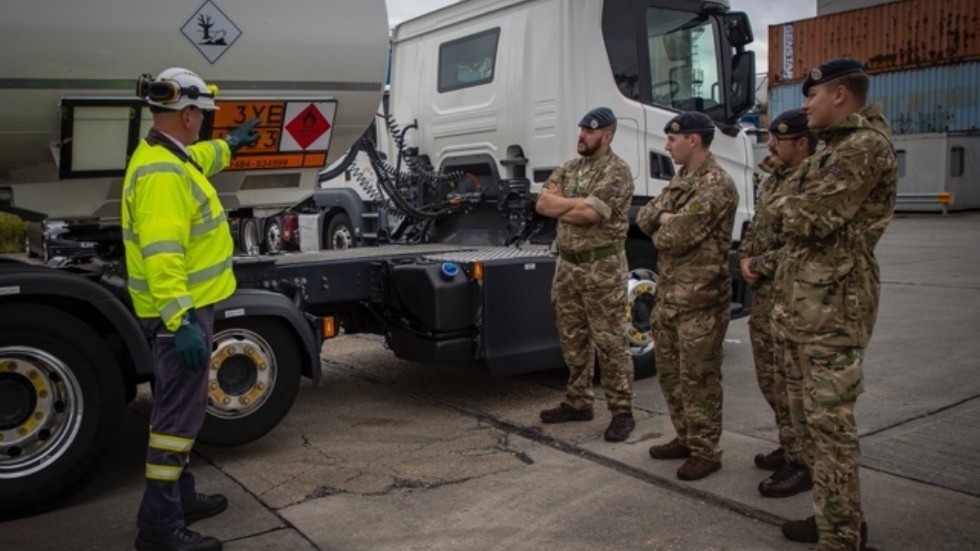 The UK government has deployed troops to help petrol stations cope with the shortages of fuel sparked by not having enough tanker drivers available for the job.

The troops have been on standby since last week as part of Operation Escalin, a contingency plan to supply fuel across the country in case of a crisis event after Brexit.

Around 200 service members, half of which are drivers, have begun delivering fuel to petrol stations on Monday. Most are operating in London and the southeast of England, where the shortage is felt the most.

“We are working closely with industry to help increase fuel stocks and there are signs of improvement in average forecourt stocks across the UK with demand continuing to stabilize,” a government spokesperson said in a statement, cited by the Press Association.

The head of the Petrol Retailers Association, Brian Madderson, earlier welcomed the idea of using military drivers, but said the measure “isn't going to be the major panacea.”

The UK trucking industry currently does not have enough tanker drivers to meet the demand due to a variety of reasons, including Brexit, the Covid-19 pandemic, and pay issues, according to Reuters.

Prime Minister Boris Johnson told the BBC’s Andrew Marr Show on Sunday that petrol shortages and other supply problems are related to the post-Brexit “period of adjustment.”

Health Secretary Sajid Javid argued there will be “enough fuel in this country for everyone" if drivers behave responsibly and return to “filling up for what they actually need.”

Labour Party leader Keir Starmer called on the government and the PM last week to take emergency steps in tackling the crisis. “He had the chance to make a plan but ignored it. The prime minister needs to get a grip,” Starmer said.
#boris johnson  #covid 19  #johnson  #covid
Add Comment