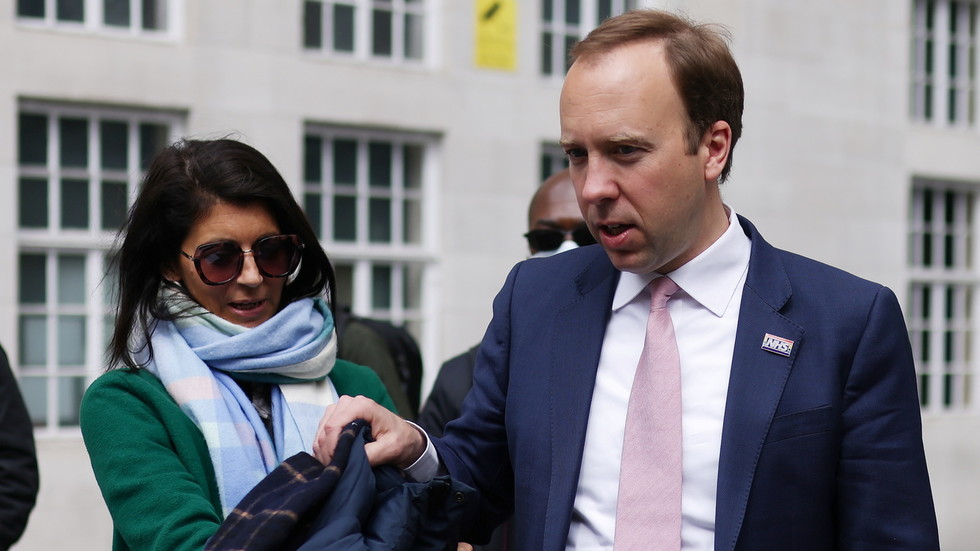 A series of raids have been carried out in the UK amid an investigation into a security footage leak that prompted a sex scandal which caused the then Health Secretary Matt Hancock to step down due to a Covid rules breach.

Agents from the Information Commissioner’s Office (ICO) seized computers and other electronic devices from two houses in southern England on Thursday. The raids were conducted as part of an investigation into the violation of the Data Protection Act.

“It’s vital that all people, which includes the employees of government departments and members of the public who interact with them, have trust and confidence in the protection of their personal data,” ICO’s director of investigations, Steve Eckersley, said in a statement to the media.

EMCOR Group, a firm that provides CCTV services to the British government, reported that the compromising footage of Hancock had been taken from the CCTV system without consent.

Hancock, who led the rollout of the country’s Covid-19 campaign, resigned last month after the Sun newspaper published a video of him hugging and kissing aide Gina Colangelo inside a government office, in violation of Covid social distancing rules. Hancock and Colandelo were married to other people at the time.

The Telegraph cited documents submitted to the government saying that the security camera that caught Hancock in the act was designed to monitor a balcony and should have been pointing in the opposite direction.
#covid 19  #covid
Add Comment