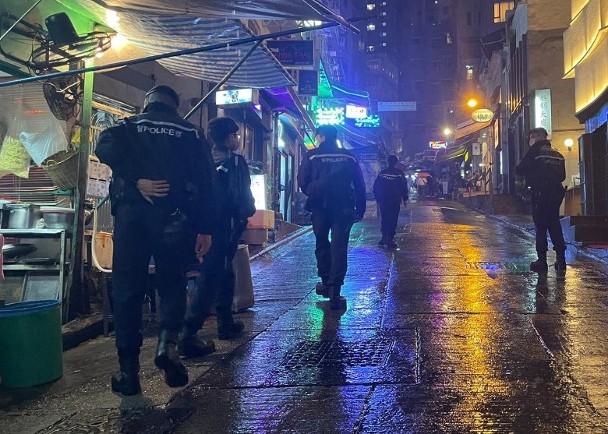 A restaurant on Elgin Street in Central was caught by police breaching the Covid rules for operating after 10pm Friday night, where 23 diners were each slapped a HK$5,000 fixed penalty ticket.

Central District officers were patrolling in Lan Kwai Fong and Soho area last night when they found the restaurant still serving the guests after the designated closing hour spelled by the government.

A 30-year-old Filipino was handed a court summons for breaching Cap 599F Prevention and Control of Disease (Requirements and Directions) (Business and Premises) Regulation.

Among the guests, a 40-year-old British woman was taken away to Central Police Station after she failed to present an identity document to the police.

On May 5, the cap on the number of guests served per table also increased from four to the current eight.
#covid 19  #covid
Add Comment