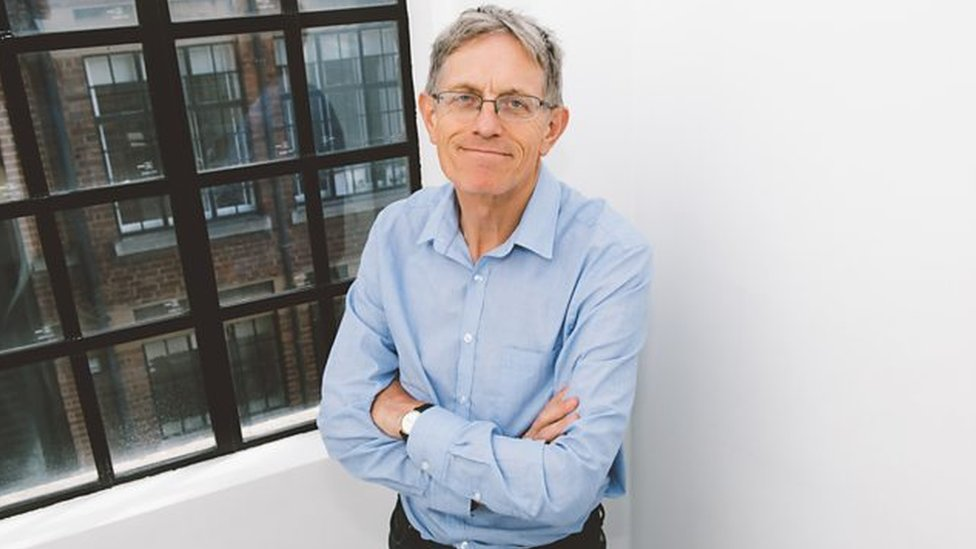 Travel writer will not visit Wales after abuse

A travel writer said he received "such intense abuse" when he suggested people visit Wales that he has "no further plans" to book a stay in the country.

Speaking on ITV's This Morning earlier this week, Simon Calder listed Gwynedd and Ceredigion, as well as Belfast and Edinburgh, as places people could go.

But he said he then received a torrent of abuse via email and social media.

Visit Wales said it was trying to welcome people back "in a way that is safe".

In an article for The Independent, Mr Calder said he had replied to many of the hundreds of people who messaged on social media and understood the deep concern about the spread of coronavirus, but did not now intend to book a holiday in Wales again.

"Anyone lucky enough to have a public platform, it's clearly quite right people respond how they want and I applaud feedback," he said.

"The intensity of negative comments were of a magnitude I've not experienced, completely off the scale."

Mr Calder said he had never meant to upset anyone and had followed travel advice, but it was an "interesting lesson" on current sensitivities.

He added: "The hundreds of people I inadvertently angered may be glad to hear that I have no further plans to book a stay in Wales.

"I intended to inspire travellers to enjoy, responsibly, a part of the UK that is rich in wonders, and hoped their visits would in turn support local businesses."

Much of south and north Wales are under local lockdown restrictions, with people unable to leave or enter 15 of Wales' 22 local authorities, as well as the town of Llanelli.

However, Prime Minister Boris Johnson refused to put a ban on people leaving areas of England with high instances of Covid-19 to visit Welsh beauty spots.

This led the Welsh Government to say it would consider quarantine measures for people entering Wales from Covid hotspots in the UK.

The counties of Gwynedd, Ceredigion, Powys, Anglesey and Pembrokeshire are not currently under lockdown restrictions, meaning people from England are able to visit. 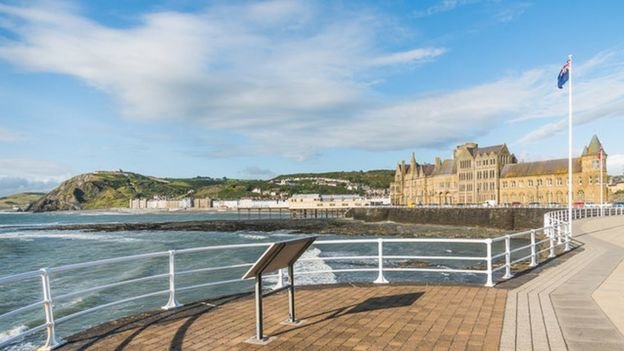 Aberystwyth was also named as one of Wales' "easy" destinations

Mr Calder named Gwynedd - via Machynlleth, Aberystwyth and other seaside towns - as a great idea for a holiday.

He told the ITV programme: "My absolute top tip, you could stop off in the lovely town of Machynlleth where you've got some great outdoor attractions such as the Centre for Alternative Technology which I just love, and of course you can go to Aberystwyth and all the resorts, Barmouth and Harlech all the way round to lovely Pwllheli.

He said he had "concurred" with Visit Wales' assertion that areas of the country were "good to go".

Earlier this week, people said they were worried about an "influx" of tourists after TV personality Stacey Solomon posted photographs on social media about a holiday to Rhayader, Powys.

A Welsh Government spokesperson said: "We expect any visitors to Wales to respect the area they choose and abide by local restrictions.

"It's well documented that the first minister has written to the prime minister requesting he stop people travelling to Wales from areas of England with high coronavirus infection rates - but he has yet to receive a response."