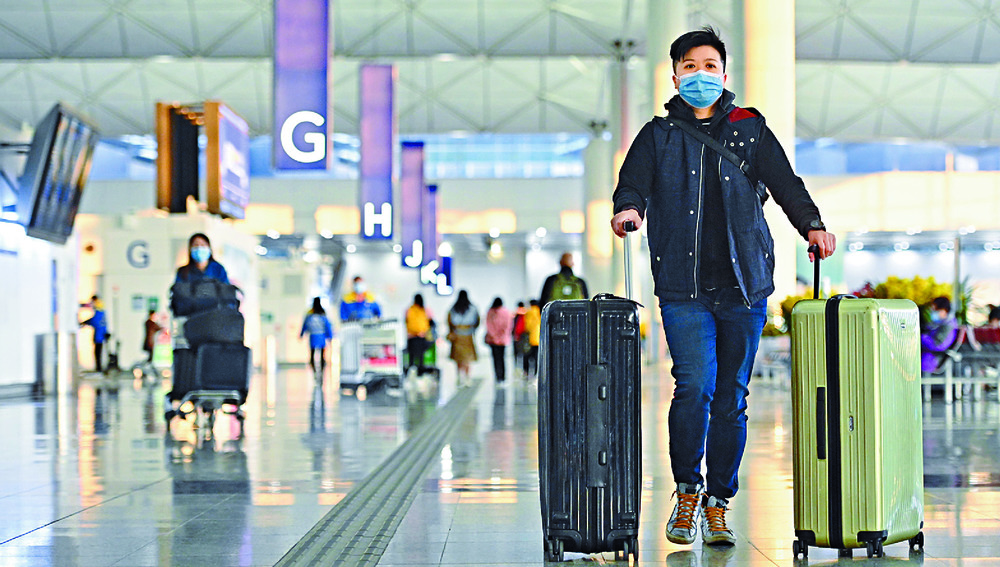 Among the 107 complaints, 42 percent - or 45 complaints - were related to the pandemic.

In one case, a couple, who were supposed to return to the city from Lisbon via Istanbul after an 11-day tour group to Portugal and Spain last March 18, had to purchase new tickets to return to Hong Kong as Spain had started grounding flights from March 15 due to a partial lockdown.

But the insurance company refused to cover the extra money the couple paid for the new flight tickets, saying the couple pressed on with their trip even after the Department of Health advised citizens to postpone unnecessary travel due to the pandemic on March 6.

The chairman of the bureau's panel, Michael Tsui Fuk-sun, said according to the analysis of the panel, the advisory notice issued by the Department of Health last March 6 was not exactly an outbound travel alert.

Tsui said the insurance company should have taken the other two occasions into account - when the World Health Organization declared Covid-19 a pandemic last March 11 and when the Security Bureau issued the red outbound travel alert last March 17.

"But both the WHO's announcement and the Security Bureau's outbound travel alert came after the couple embarked on their trip," he said.

He added that the couple could not foresee Spain imposing a partial lockdown there as well.

Tsui said the pandemic would not fit into the "natural catastrophes" category as well - one of the categories covered by insurance companies.

A member of the bureau's panel, Jonathan Yau Chun-hung, reminded that some personal travel insurance policies had included the pandemic in the list of exclusion clauses.

In another case, an insured person traveling to Taiwan with his family was notified a day in advance that their Hong Kong-bound flight on August 14, 2019, had been canceled due to disruptions at the Hong Kong airport.

He then purchased new flight tickets and left Taiwan two days later, for which the departure had been delayed for 42 hours.

The insured person then claimed coverage for the departure delay and the extra money he spent for the new tickets and accommodation, but the insurance company rejected his claim, saying canceled flights due to operational issues were not covered by the insurance policy.

But the bureau eventually ruled that the insurance company had to compensate the insured person and his family HK$4,500, as the canceled flights were likely to be caused by the airport protests in Hong Kong in August instead of operational issues.

The bureau had also received complaints against insurance companies that were reluctant to cover students who could not resume their studies overseas. The bureau deemed the arrangement suitable as most overseas schools could roll out online classes.
#covid 19  #covid
Add Comment