Industry has been rebuilding its networks after pandemic led to border shutdowns and airlines laying off workers, says director general of IATA.

A recent disruption in travel caused by a “disconnect” between supply and demand could spill into the first quarter of next year, the head of a global airline association has warned as the industry faces a labour shortage.

The director general of the International Air Transport Association (IATA), Willie Walsh, on Monday said the industry was rebuilding its networks after the coronavirus pandemic led to border shutdowns and airlines laying off thousands of workers.

“The evidence that we have today suggests that we will still have a disconnect between supply and demand going into the fourth quarter and even potentially into the first quarter as airlines and airports rebuild for the strong recovery that we’re seeing,” he told media in Doha at IATA’s annual meeting of more than 100 airline leaders.

Walsh said he had been speaking to airline chiefs with some adjusting their flight schedules due to the labour shortage. 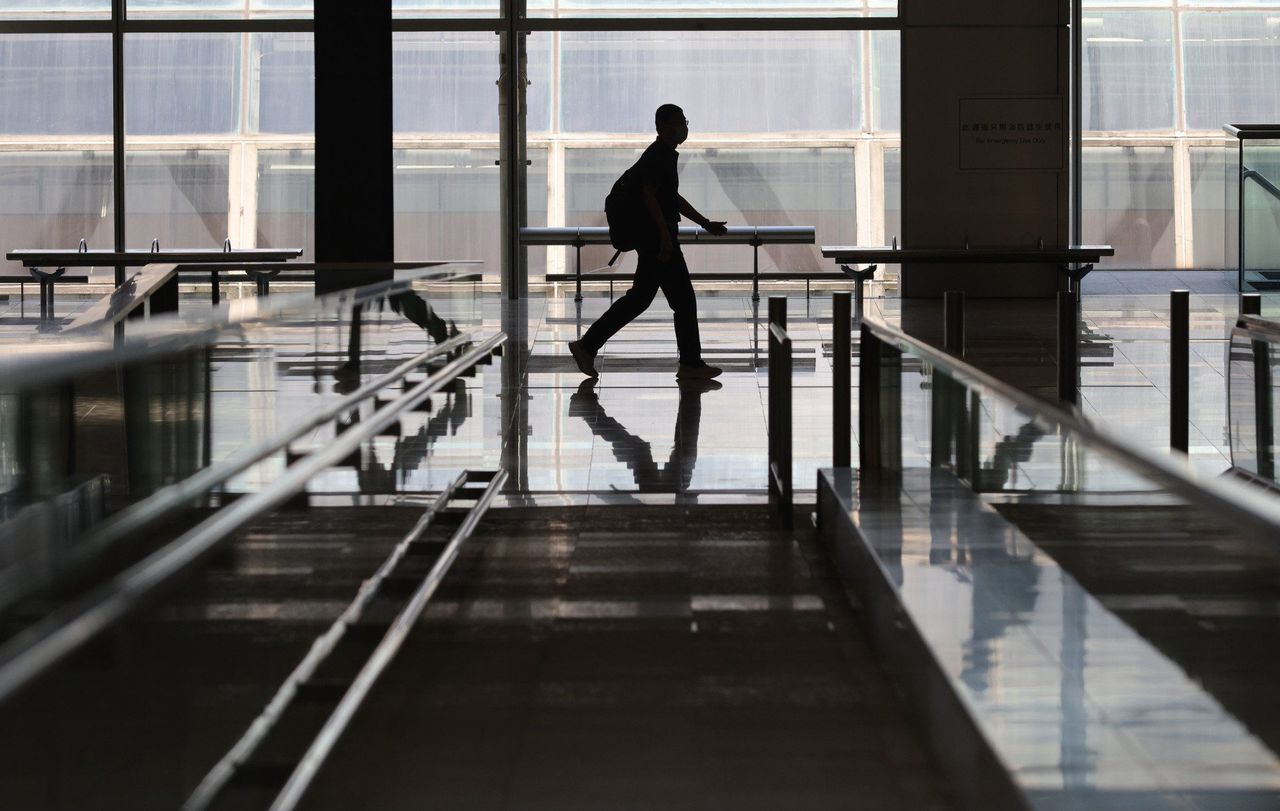 Pent-up demand in Europe, America and Australia has caught airports and airlines off guard, having laid off thousands of staff, including pilots, cabin crew and ground-handling staff, during the pandemic.

Hong Kong passengers have not escaped the chaos experienced at European and Australian airports. About 150 of them were forced to rebook air tickets or lost their baggage after a flight route from Amsterdam into the city experienced multiple hiccups this month.

“You know, now you have to live with Covid. You just cannot shut the entire population,” he told the Post on the sidelines of the meeting. “Hong Kong is a very important market for aviation. It’s a big hub and I hope that the authorities will reconsider.”

Under Hong Kong’s tough arrival rules, travellers must undergo seven days of quarantine at designated hotels if they are double-vaccinated against Covid-19, and 14 if they are not.

When asked whether he would continue to support Cathay Pacific, Al Baker said: “At the moment, yes.”

Qatar Airways’ stake in the city’s flag carrier has grown to 9.99 per cent. The airline was involved in the HK$39 billion (US$5 billion) government-led bailout of Cathay in 2020, jointly participating in a rights issue.

The IATA said losses should narrow to US$9.6 billion this year, down from the US$42.1 billion in 2021, with industry-wide profitability on the horizon next year.

In Asia, with travel restrictions remaining in China, airlines are expected to post a collective loss of HK$8.9 billion.

The gathering of industry executives was originally expected to be hosted in Shanghai, but the location was changed to Doha in March due to China’s travel restrictions. 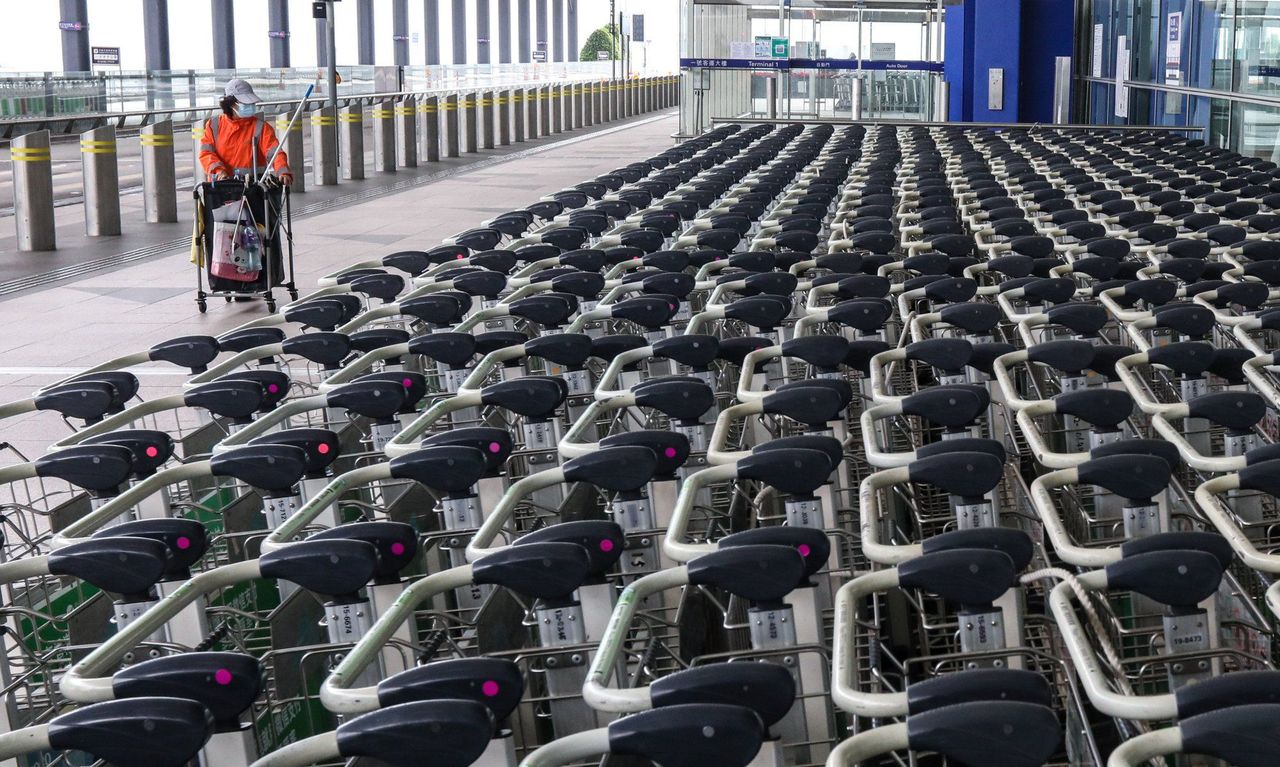 A worker at Hong Kong International Airport during the city’s fifth wave of infections.

Walsh said the body was being “conservative about the reopening of China” and he did not see it being a challenge this year because Asian carriers were rebuilding their networks in other parts of the region.

Before Covid-19, China was on pace to surpass the United States to become the largest air travel market in the world by the middle of the decade.

The global labour shortage is expected to remain, with a huge increase in fuel costs and inflation presenting challenges to aviation recovery, while some laid-off airline workers have found new careers and are reluctant to return to an industry they view as volatile.

Direct employment in the sector is expected to reach 2.7 million, below the 2.93 million jobs in 2019.

London Gatwick and Amsterdam Schiphol airports have capped flights to help cope with the lack of staff.

Walsh also hit out at airports which had increased charges despite not being able to handle the rise in demand, such as London’s Heathrow, Dublin Airport and Schiphol.

“It is disappointing that it’s suppressing recovery and demand at these airports,” he said.

The body said overall expenses for airlines were expected to rise to US$796 billion, increasing 44 per cent from 2021, due to the cost of supporting larger operations and inflation.

Fuel had increased to 24 per cent of overall costs, up from 19 per cent in 2021, driven by the Russian invasion of Ukraine, based on an expected average price for Brent crude of US$101.2 per barrel.

The body warned that with the time needed to recruit, train and have staff complete security checks, “employment delays may act as a constraint on an airline’s ability to meet passenger demand.”

The IATA also announced Istanbul as the host of the next meeting in 2023.