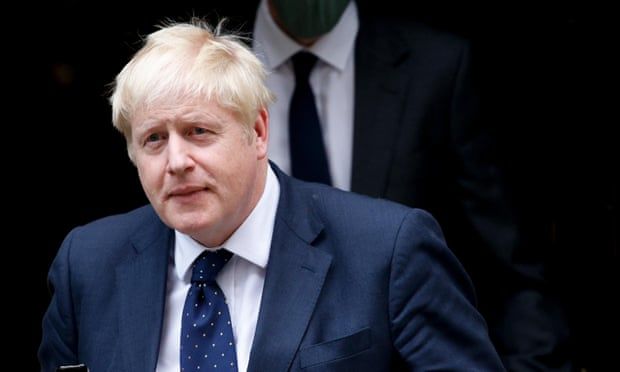 Backbenchers take issue with request, pointing out proof was not needed for 1922 Committee drinks on Monday

Boris Johnson has left some Conservative MPs bristling, after they were told to bring proof of their Covid vaccine or test status along to a drinks reception in Downing Street on Tuesday night.

The prime minister is hosting various groups in No 10 over the next few weeks, in part to try to smooth tensions with his backbenchers after a tricky summer for the government and ahead of an autumn of further challenges, including increasing national insurance to fund more social care funding, ending the pensions triple lock, and scrapping the £20 universal credit uplift.

Tory MPs have begun to speak more openly about their dissatisfaction at Johnson and his top team, with their continuous hopes of a cabinet reshuffle failing to materialise.

While Johnson has invited some of them to a drinks reception on Tuesday evening, several took issue with Downing Street demanding they prove their Covid status. An email sent to them, seen by the Guardian, said: “You will need to present your NHS Covid pass on entry, which shows proof of double vaccination, a recent infection or a recent negative test.”

The move sparked frustration among some Tory backbenchers, who pointed out they did not need to use any such pass to gain access to a drinks reception organised by the backbench 1922 Committee with Johnson on Monday night in parliament.

One said: “Asking MPs to show a vaccine passport to attend a reception at No 10 when they and the PM have been in the House of Commons without needing to do this makes no sense. The sooner the requirement is dropped for everyone, not just MPs, the better.”

Another, Will Wragg, who is an executive member of the 1922 Committee, echoed the sentiment, saying it made no sense, and asked: “Will there be bouncers turning MPs away?”

Though a third backbencher said they understood different organisers would have different views on the requirements for entry for their events.

A No 10 source was quoted by the Daily Telegraph as saying “no one will be denied entry” if MPs arrive at Downing Street without their Covid pass.

Johnson is planning to push ahead with making it mandatory for people to show proof of vaccination at nightclubs and other crowded indoor venues in England from the end of next month.

The move may also affect the Conservative party conference in Manchester at the start of October, and several disgruntled Tory MPs have threatened to boycott the event if they are forced to produce a document bearing proof of their inoculation.
#vaccine  #covid  #boris johnson  #johnson
Add Comment