Hoover Cake Shop in Kowloon City to shut its doors after half a century of serving up tasty traditional treats.

In the old town of Kowloon City sits a decades-old corner shop that catches the eye of passers-by with a shopfront of bright red floral tiles and copies of comments praising its egg tarts, a custard confection synonymous with Hong Kong.

But the bakery – Hoover Cake Shop – will fade away into the pages of history from October 1 after it announced on Saturday it was to close down after almost 50 years in business.

Several dozen customers were seen queuing outside the shop on Sunday, and some said they wanted to experience the taste and shared memories of old Hong Kong one last time.

Lyla Ding, 40, an office worker, was among the regulars over the past two years and said she was shocked by the announcement.

“It has been here for decades. I thought it was a constant in the community,” she said. “It’s part of the legacy of Hong Kong’s past heyday. I’ll miss the handwritten menus and the aged decor the most. They are not seen elsewhere.”

The shop, which opened its doors 48 years ago, can barely house two customers at the same time, with an area of less than 100 sq ft.

But it has managed to pack a massive menu into its tiny footprint as, besides Western-style pastries like Swiss rolls and palmiers, Hoover sells Chinese baked treats such as almond cookies and red bean puffs.

The bakery was made famous by actor Chow Yun-fat, who is said to have visited the bakery often since 1979 and sometimes even volunteered behind the counter to sell its cakes.

The reasons for Hoover’s sudden closure are unclear, but it is believed that the shop owners may have decided to retire. Staff at the bakery on Sunday declined to comment. 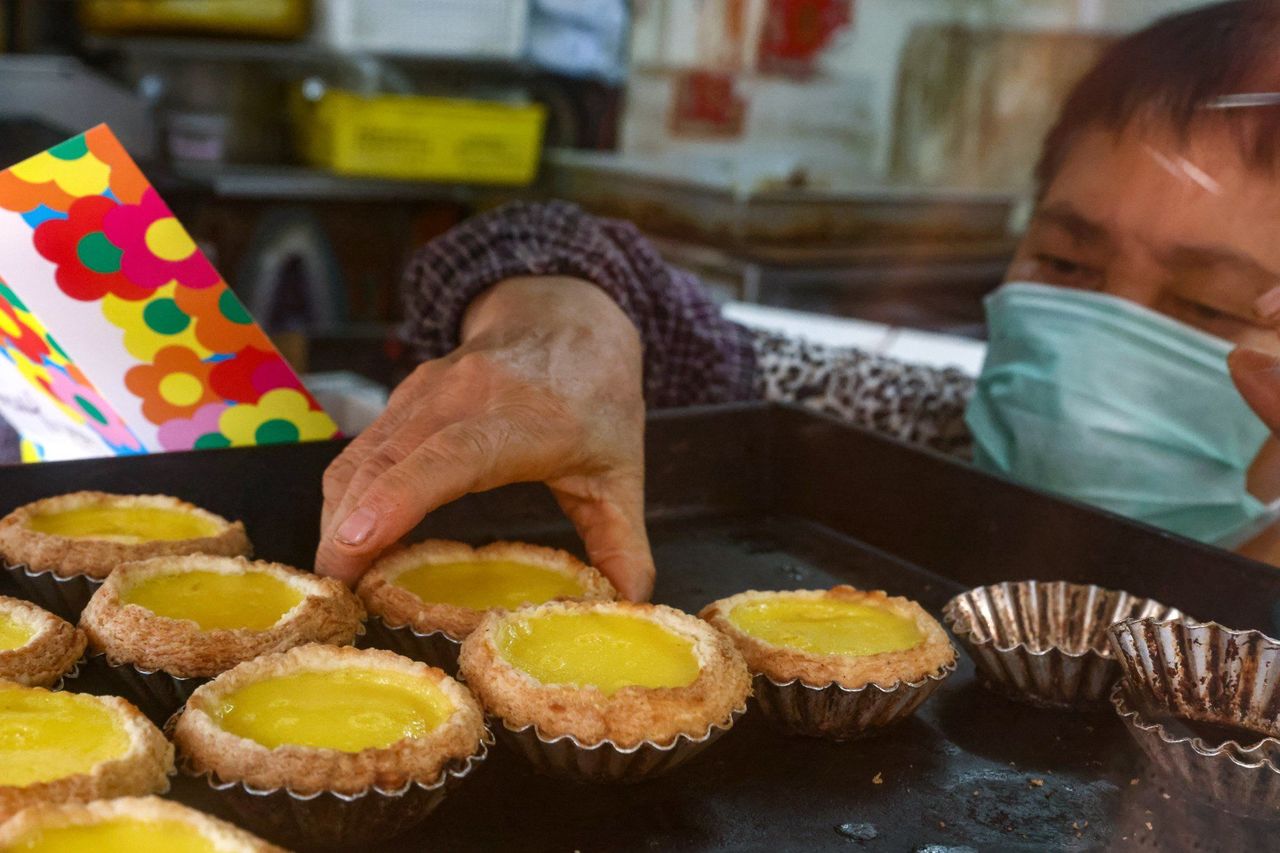 Customers get their treats while they can at the Hoover Cake Shop in Kowloon City, which is scheduled to shut its doors at the start of next month.

The announcement came after a wave of closures of classic city food outlets amid the Covid-19 crisis. Happy Cake Shop, in Wan Chai, shut its doors for good in July after 45 years in business.

The closure of Hoover also came after the Urban Renewal Authority said it would build 4,350 flats in Kowloon City over the next 12 years in its second-largest development to date.

Residents and business owners in the neighbourhood, known for its heavy concentration of ethnic Thais and traditional stores, earlier expressed concerns the project could destroy the area’s community spirit.

For many who have grown up with the Hoover Cake Shop, its closure meant more than the loss of yet another local store.

Nicky Shum, 30, a postman, said visiting Hoover was part of his routine, and that whenever he passed, he would pop in for a peanut butter pineapple bun, a variety of sweet bun which he said he could only find at Hoover.

“I grew up eating the cakes and buns in this shop. I have got special memories of it,” he said. “It is a pity if it really closes. It is a taste that I am familiar with. It is the food of my generation.”

Among the customers lining up were banker James Cheng, 42, and Mandy Liu, 41, an engineer, who brought with them their children, Anna, 10, and Hunter, seven, on Sunday.

The couple moved from Taiwan to Hong Kong in 2012 and said Hoover had become a treasured part of their memories of the city.

“I first came here because of Chow Yun-fat. It represents the taste of Hong Kong. It really doesn’t matter whether it tastes good or not,” Cheng said.

“In here, I am able to find the feeling of old Hong Kong 40 to 50 years ago. I like old towns better,” Liu said. “It is part of the collective memories we have with our kids.”