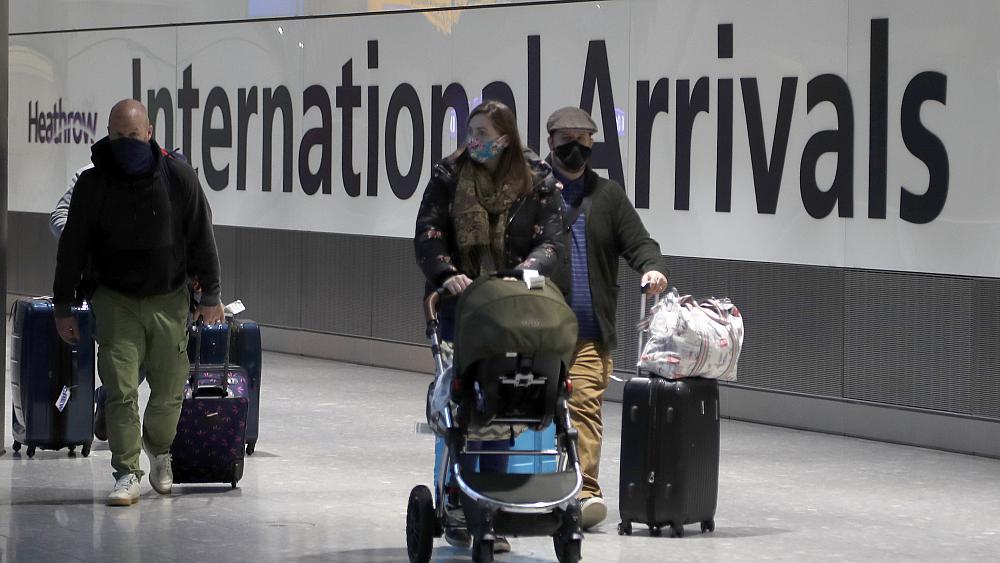 As many as 3,294 EU citizens were blocked from entering the UK in the first quarter of 2021, according to new data published by the British government.

Thousands of EU citizens were refused entry at the UK border in the first three months of 2021, representing a major surge in cases despite a decline in travel due to the coronavirus pandemic.

As many as 3,294 EU citizens were blocked from entering the UK in the first quarter of 2021, according to new data published by the British government.

The figure represents a major increase from the first quarter of last year, when fewer than 500 EU citizens were denied entry, despite travel rates being significantly higher.

Experts have linked it to Brexit taking effect on January 1. COVID travel restrictions could have also played a part, but they would also have been in place last year when the number of EU citizens turned away was much lower.

While post-Brexit rules allow EU citizens to visit the UK without a visa, Marley Morris, an associate director at the Institute for Public Policy Research (IPPR), has said the surge in EU citizens being turned away from British borders was an early sign of the "impact of [the] end of free movement".

"Most striking thing I've seen so far," Morris said in a tweet.

Speaking with Euronews, Morris said that with the end of free movement, EU citizens are facing deeper scrutiny at the UK border than they may have expected following Brexit.

"Before free movement ended, there weren't many restrictions in place and you didn't have to justify why you were coming, but now, people are coming and they are being refused because there's a suspicion on the part of border control that... they might be coming to settle or to work or in another way break the conditions of their temporary leave," Morris said.

"I think that's what seems to be happening," he said. "People are coming and for whatever reason, they're being suspected of coming to the UK to work rather than for just visiting purposes."

Romanians form bulk of those turned away

Of the EU citizens turned away from UK borders in the first quarter of 2021, more than 2,000 were from Romania, according to the data.

It is unclear exactly why so many Romanians were turned away. Euronews has contacted the Home Office for more information.

Romanian MEP Ramona Strugariu told Euronews that she was aware of the issue, however.

"I know there were some refusals and there were also some issues regarding Romanians kept in detention," she said.

Strugariu said she was aware of Romanians being turned away from the British border "on various grounds", including issues related to their labour arrangements.

The issue was so prevalent that she said one of her colleagues had written to British authorities to address the issue.

Morris said he had been surprised to notice the high number of Romanians turned away.

"It does seem odd to have such a sort of sharp increase specifically for Romanian citizens, though it is worth saying that even if you take Romanians out of the picture, there is still an overall increase," he said.

While Morris said deeper scrutiny from border officials has played a major role in EU citizens being turned away from British borders, he also said confusion around the country's new rules following Brexit could also be an issue.

'I thought my first trip would be a nice opportunity'

In one recent case, a woman who had travelled to the UK from Italy to learn more English and help look after her cousin's children told Euronews of her horror when she was blocked from entering the country and instead taken to a detention centre before being deported back to Italy the next day.

"I thought my first trip would be a nice opportunity and experience, but the result was completely different," Marta Lomartire, 24, told Euronews.

Her relatives in the UK had gone to lengths to ensure that she would have everything she needed, including discussing the trip with their local MP and being assured Marta would be able to enter the country for six months as an au pair.

However, when Marta arrived at the border, she was told her documents were not enough to secure her entry.

Morris said he believed that the rejections would likely continue at the UK border "as people adapt to this new system".

With both EU citizens and UK border officials having to adapt to new rules, he said what we are seeing now is likely a "teething process".

However, he said the rise in rejections of EU citizens at the UK border was concerning and an issue that will have to be "monitored quite carefully going forward".