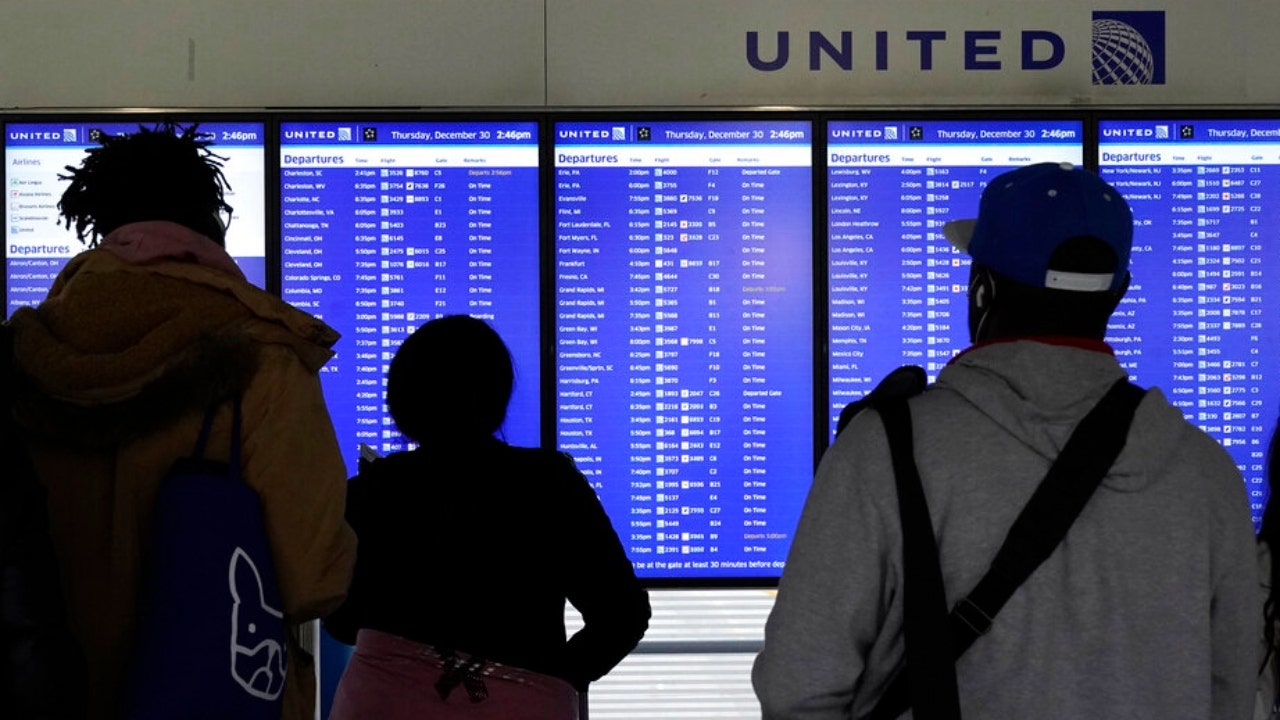 Thousands more flights canceled across US due to COVID staffing shortages, weather

Thousands of flights were canceled across the U.S. again Sunday as bad weather and the omicron variant of the coronavirus continue to impact airline operations.

Sunday saw more than 2,100 flights canceled across the U.S. on the final day of the holiday travel season before many Americans return to work for the new year Monday, according to FlightAware. That follows the some 2,700 flights that were canceled on Saturday, which was New Year's Day.

"Weather and heavy seasonal traffic are likely to result in some travel delays in the coming days," an FAA spokeswoman told FOX Business Sunday. "Like the rest of the U.S. population, an increased number of FAA employees have tested positive for COVID-19. To maintain safety, traffic volume at some facilities could be reduced, which might result in delays during busy periods."

Chicago’s O’Hare saw the most cancellations Sunday, as some 517 flights heading into and leaving the Windy City combined were grounded.

Nearly 2,000 more flights were delayed across the country, according to the online tracker.

Videos posted to social media showed extensive lines outside the terminal at several airports. Those included at Fort Lauderdale-Hollywood International Airport in Broward County, Florida, where one user lamented that the line for Spirit Airlines extended from terminal three until terminal 4.

"It’s a complete cluster. Understaffed. Underprepared," the user wrote. "My son is flying Unaccompanied back to his dad - the only flight to his destination - no one will assist. Do not recommend."