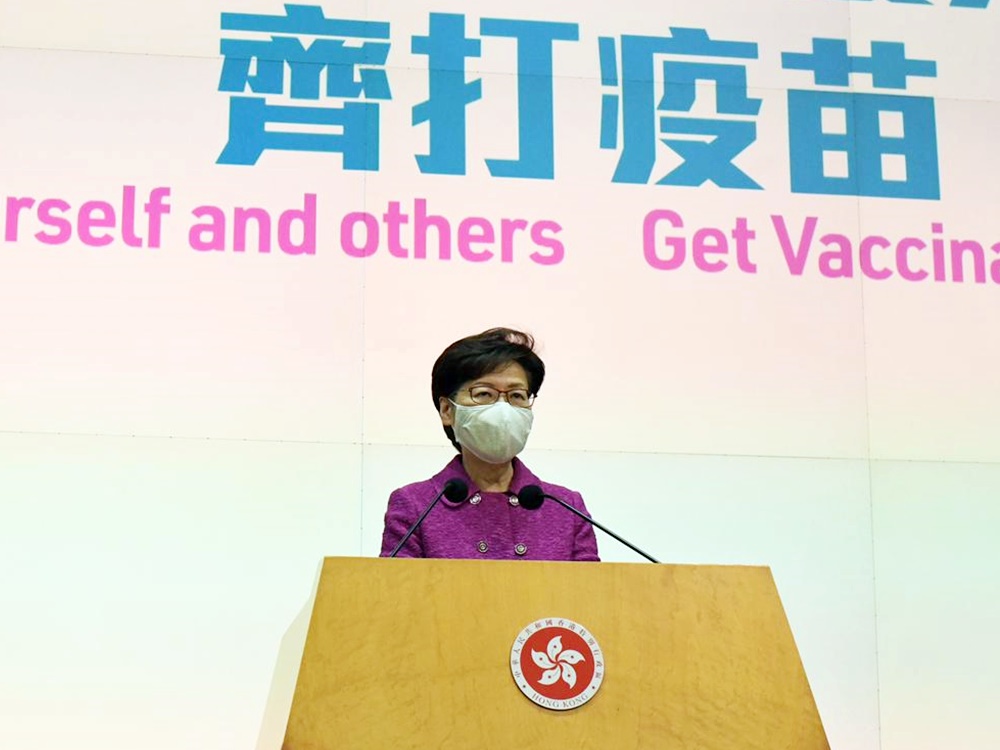 Those aged 16 or above next in line for the jab, says Carrie Lam

Hong Kong’s leader said when the new batch of Sinovac or BioNTech vaccines arrived in the city, it is likely that those aged 16 or above will be allowed to start getting the jab.

Chief Executive Carrie Lam Cheng Yuet-ngor said today that Hong Kong has a steady supply of Covid vaccines, with over 2.3 million doses already landed in the city, which is considered lucky compared to some other countries.

Lam said authorities have been fine-tuning the vaccination priority groups, with the latest move to include those aged 30 or above to get the jab, covering around 5.5 million Hongkongers.

“The only ones left are those aged below 30 that does not belong to any priority groups, amounting to around a million people,” she said.

“If there are move vaccines due in Hong Kong, I am sure willing to expand the vaccination scope to cover everyone in Hong Kong, allowing them to also get the jab. But according to experts, those aged below 15 should not get the jab for now.”

When asked if she is satisfied with the vaccination rate, she said the numbers are not too bad - with around 360,000 having received the jab, equivalent to 6 percent of those eligible for the jab.

However, she admitted that the numbers can be better.

“The best incentive for people to get the jab is that they can protect themselves. If someone, unfortunately, is infected, the vaccine can still prevent people from getting into serious conditions, not to mention protecting their family members,” she added.

She stressed that the more people getting the jab, the sooner Hong Kong can build up herd immunity.
#vaccine  #biontech  #covid  #vaccines
Add Comment