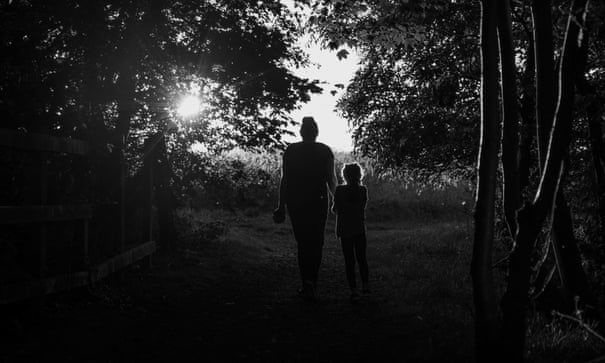 Unmarried mothers were treated with contempt by authorities in the mid-20th century. The same goes for people deemed not to matter today

When Ann Keen gave birth, the midwives refused to give her anything for the pain. That way, they told her, she would remember it and learn not to be so wicked again. To be treated like an animal in labour, denied the most basic compassion and respect, was simply part of the punishment she had supposedly earned for getting pregnant out of wedlock aged 17. The hospital discharged her without any follow-up care, as if the birth had never happened. But the most grievous part of the story is that she also went home without her baby.

For Keen is one of a still unknown number of unmarried British women coerced into handing over their newborns for adoption between the 1950s and the late 1970s, who are now seeking an apology from Boris Johnson on behalf of the governments of the day. But perhaps just as importantly, they want it acknowledged that they didn’t give their children up willingly. Some were told that if they loved their babies they would want them raised by respectable married couples, not under the shadow of illegitimacy.

Instead of being briefed about the financial support to which they might be entitled, they were warned that keeping the baby would bring great hardship on their families. And while some consented to adoption under this kind of duress, others say forms were simply signed on their behalf by parents or so-called “moral welfare workers” supervising adoptions. They became, in effect, an unwilling human production line of babies for adoption by couples considered more deserving by virtue of their wedding rings. The grief for the mothers must have been lifelong, and for many it was handed down a generation when their children grew old enough to understand and be disturbed by what had happened.

Oppressive morality, cloaked in religion, is the obvious explanation for how such unthinkable things could have happened. Pregnant teenagers such as Keen would be shipped off by their mortified parents to church-run mother-and-baby homes to hide them from the neighbours, and adoptions were often arranged through church-run agencies; the head of the Catholic church in England and Wales has already apologised for what he called the “hurt” caused by agencies acting in its name. Yet the long history of shame being weaponised against women in the name of organised religion is really only half the explanation for cruelty meted out not in some secretive Magdalene laundry, but to women giving birth inside British NHS hospitals, who were singled out as different from other mothers. It was effectively state-sanctioned abuse and in a week when much of the country is understandably preoccupied instead with a much more recent failure of the state, it carries urgent lessons.

When Ireland’s taoiseach apologised recently for the “profound generational wrong” done to survivors of Irish mother and baby homes, following a public inquiry that exposed horrific brutality, some responded with a striking anger. They didn’t want to be told that “society” or the culture of the time was to blame; they wanted names, audit trails, a forensic examination of government decisions and processes that had allowed this to happen. The British mothers have been refused a public inquiry, but seek the same recognition that this was fundamentally a failure of the state, something Keen understands perhaps better than most.

Astonishingly, the teenager who was slapped for crying out when the doctor stitched her up after the birth grew up to be a nurse, then a Labour MP, and finally – as health minister under Gordon Brown – an advocate for dignity and compassion in healthcare. But it’s a principle that matters much more widely in public life.

At the heart of almost every account of a public scandal I have read are people who have somehow become dehumanised in the eyes of officialdom; whose feelings were deemed not to matter.

This particular, often unthinking breed of contempt is there in accounts of how police officers yawned through interviews with Girl A, the gang-raped victim of child sexual exploitation in Rochdale, whose case was initially dropped because they considered her trouble: promiscuous, damaged, not a credible witness. It’s there in the shocking stories of the Windrush generation’s treatment at the hands of the Home Office, and in accounts tumbling out in the wake of the Grenfell Tower fire about how residents’ safety fears were dismissed.

And it was lurking too behind Dominic Cummings’ account of Boris Johnson allegedly grumbling that “only 80-year-olds” were dying of Covid, as if their lives were regarded somehow as lesser. The nature of who is and isn’t deemed to count may change with the passing decades, but the lesson remains the same; that all too often, terrible things start with a failure of the state to treat every citizen as though they matter.
#covid  #boris johnson
Add Comment