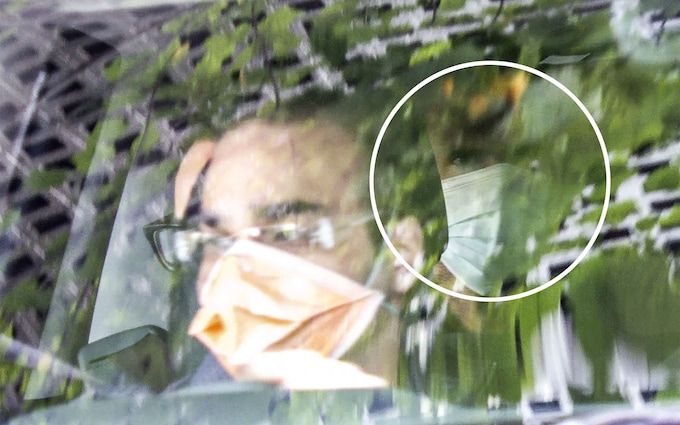 The twists and turns in Novak Djokovic's farcical court hearing

Judge asked 'What more could this man have done?' and ordered immediate release of detained tennis star

The Australian government is considering whether to cancel Novak Djokovic’s visa for a second time, even after a federal judge decided that he should be allowed to remain in the country and compete for a record-extending 10th title at Melbourne Park.

Despite Judge Anthony Kelly finding in the world No1’s favour, dismissing calls for Djokovic’s deportation and stating that he could not have done any more to demonstrate his right to enter the country as an unvaccinated foreign national, Alex Hawke, Australia’s immigration minister, confirmed he retained discretionary powers to throw him out regardless.

The late twist provoked wild anger on the streets of Melbourne, as hundreds of Djokovic’s supporters waved Serbian flags and hurled vitriol at police officers, who used pepper spray to try to disperse the crowds.

The verdict by federal judge Anthony Kelly was unambiguous, declaring that the revoking of Djokovic’s visa after eight hours’ interrogation at Melbourne Airport was unreasonable and that he had to be released from his detention facility immediately. He said the tennis star had not been given enough time to arrange legal representation to defend himself against the original decision to cancel his visa.

The move marked a stunning embarrassment for the Australian government, who had sought to use this case as proof that nobody was too rich or too privileged to bypass the nation’s uncompromising Covid-19 vaccination rules.

After 3½ hours’ debate at the Federal Circuit Court in Melbourne, interrupted by several adjournments, the end came quickly. At 5.16pm local time, long after courts usually sit in this city, the judge quashed the initial visa ruling by Australian Border Force and demanded that Djokovic be freed from detention within 30 minutes.

And yet for all Djokovic’s relief at the verdict, his ordeal in the Australian court system was not at an end. “Following today’s Federal Circuit and Family Court determination on a procedural ground, it remains within the minister’s discretion to cancel Mr Djokovic’s visa under his personal power of cancellation within section 133C(3) of the Migration Act,” said a spokesperson for Mr Hawke. “The minister is currently considering the matter and the process remains ongoing.”

The resolve of Scott Morrison’s government to make an example of Djokovic, whose grounds for a medical exemption they regard as spurious, was evident when Christopher Tran, the lawyer acting on their behalf, signalled that the immigration minister could “consider whether to exercise the personal power of cancellation” over his right to stay. Sure enough, Mr Hawke’s office indicated that they were not letting the matter lie.

The stand-off between Djokovic and an Australian administration campaigning for re-election in four months’ time has become a high-wire political game. On the one hand, Morrison has significant reputational capital invested in the Serb’s case, having used it as symbolic of Australia’s unbending restrictions at the border. “Rules are rules,” as he put it, before Judge Kelly’s intervention left those rules in doubt. But on the other hand, the prime minister risks looking vindictive if he continues to pursue other avenues for ejecting Djokovic from the country.

Judge Kelly was satisfied that Djokovic had provided all possible evidence to illustrate his exemption from the vaccination requirements. “The point I am somewhat agitated about is what more could this man have done?” he asked. “Here, a professor and an eminently qualified physician have produced and provided to the applicant a medical exemption. Further to this, the exemption and its basis were further given by an independent expert specialist panel established by the Victorian state government.”

With the hearing also plagued by technical difficulties for those trying to dial in remotely, the judge demanded that Djokovic be transferred out of the Park Hotel in Carlton – a detention facility usually reserved for refugees and asylum-seekers – so that he could follow the rapid developments in his case.

Ultimately, the judge deemed the cancellation of Djokovic’s visa “unreasonable” as he had been told, at 5.20am on January 6, that he could have until 8.30am to respond to officials. Djokovic, who was incommunicado throughout his cross-examination at Melbourne Airport, had pleaded: “If you will let me talk to people, even though you have taken my phone from me, I will get you what you want.”

Instead, the call to revoke the visa was made before that deadline, at 7.42am, depriving Djokovic of the time that he could have used to “consult others” and make further representations. Paul Wood, Djokovic’s barrister, told the court: “What emerges with the utmost clarity from a transcript of Mr Djokovic’s interviews at the airport was a repeated appeal to officers that he had done absolutely everything he understood was required of him to enter Australia.”

His four days since, holed up at a grimy hotel with little contact to the outside world, have been draining even for a player conditioned to grappling for adversity. At one stage he asked whether he could be moved to more salubrious accommodation, or whether his private chef could provide him with vegan meals, but these requests were denied. Only when the judge’s ruling came through could he begin preparing to move to his usual quarters in Melbourne’s inner south-east.

For now at least, Djokovic, not to mention the hundreds of Serb supporters who have been protesting in the centre of Melbourne, can toast a victory against what they perceive as an oppressive Australian system. In the tumultuous career of Djokovic, it marks just one more trial of strength that has been won. But it could be Morrison, who has an election to win and a courtroom humiliation to explain, who has the final say.
#covid 19  #covid
Add Comment