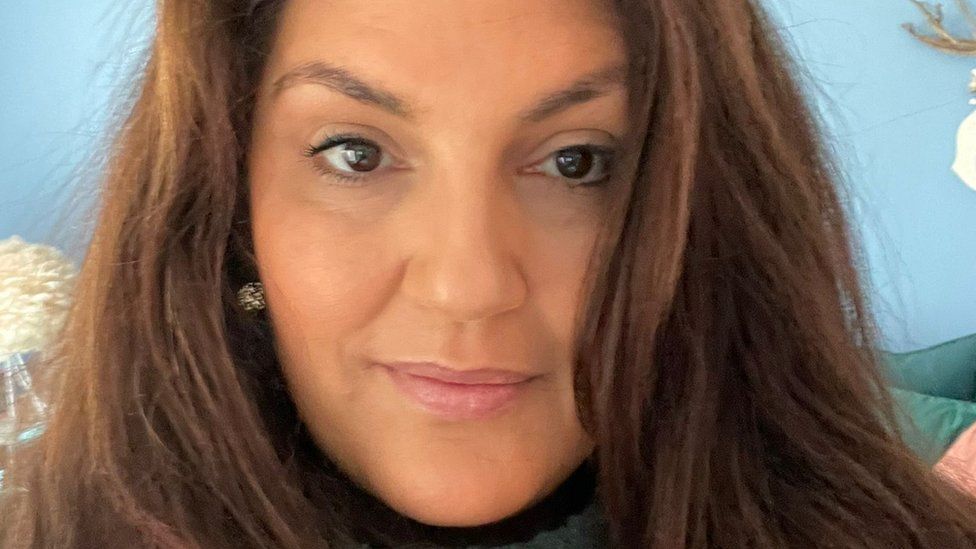 'The thought of running out of HRT is terrifying'

A shortage of specific types of hormone-replacement therapy (HRT) has left women struggling with untreated symptoms of the menopause. Demand for prescriptions has more than doubled since 2017 - partly because of work by campaigners to extend access - but supply of some products has not kept up.

Women have been telling BBC News about the impact on their lives.

'Managing migraines on my own'

Yasmin Darling's experience of the menopause was sudden and profound.

Two years ago, she had two operations to reduce her risk of inherited cancer which plunged her into an early menopause.

"When you don't have the product you need, it makes it much more difficult to navigate."

Because of Covid, Yasmin has never been seen by a specialist at a menopause clinic, so she is managing as best she can on her own.

She uses a gel because patches irritate her skin - but it has not been available.

Even when she contacted a large chemist supplying her local one, it had no stock.

Without it, Yasmin is having increasingly frequent migraines.

"I don't drive and am a parent carer and work, so I can't drive around checking different pharmacies," she says.

"Ideally, I'd like to use one product which is consistently available so I don't experience hormone fluctuations."

'I don't know how people can afford to do this'

Claire Lopez, 59, spent three weeks trying to obtain her usual HRT patches from different local chemists but they were out of stock.

Without them, her body becomes "very stiff", leading to slipped discs and severe back pain.

"I have severe anxiety if I do not have these patches, so the total lack of coordination between GPs and pharmacists was extremely frustrating," Claire says.

In the end, she had to arrange a private prescription through a local clinic, in the Midlands, costing £50.

"It seems ridiculous that we have to do this every three months," Claire says.

When she returned to her GP to get the same patches on the NHS, Claire was offered a gel instead - but she knew it would not help.

"My body doesn't absorb HRT as gel, so it doesn't work to play around with different types," she says.

'Running out is terrifying' 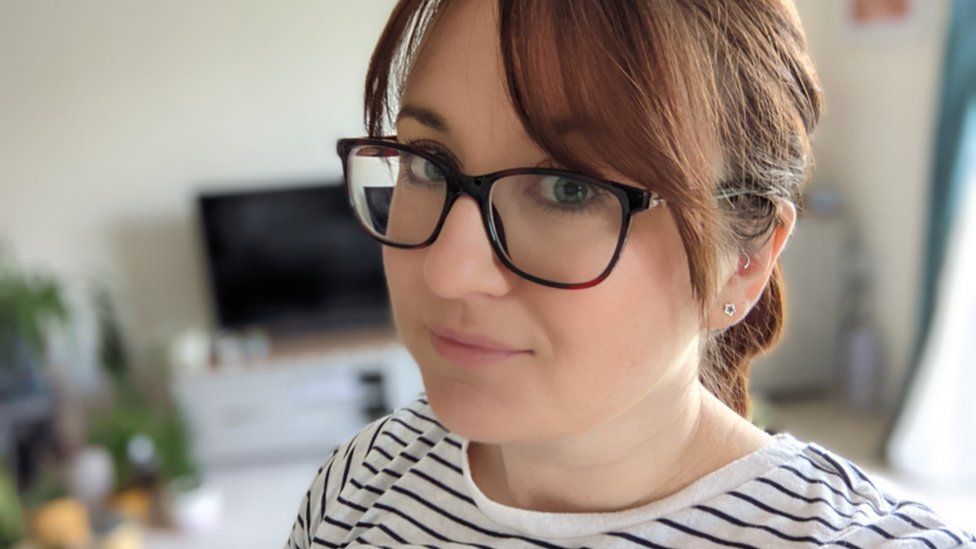 Tiffany Watkins says running out of HRT is a frightening prospect

HRT has been a "miracle drug", allowing her to keep working after debilitating brain fog, hot flushes and memory loss, which began last year.

And after trying four different locations, Tiffany now receives patches through her local chemist, on a repeat prescription, every three months.

But the possibility her supply could end is "a frightening prospect" always in the back of her mind.

"Without it, I would really struggle," Tiffany says.

"I'd be tearful all the time, with lots of aches and pains.

"The thought of running out is terrifying."

'You'll have to take herbal remedies'

Sandra Lyons, 53, a production manager at a construction company in the Midlands, says her local GP refused to prescribe HRT, because of the cost.

"He just said, 'I have to prescribe antidepressants instead. If you have hot flushes, you'll have to take herbal remedies'," Sandra says.

She eventually paid for a private consultation and is now paying for a private prescription - at about £19 for six months' worth of pills. 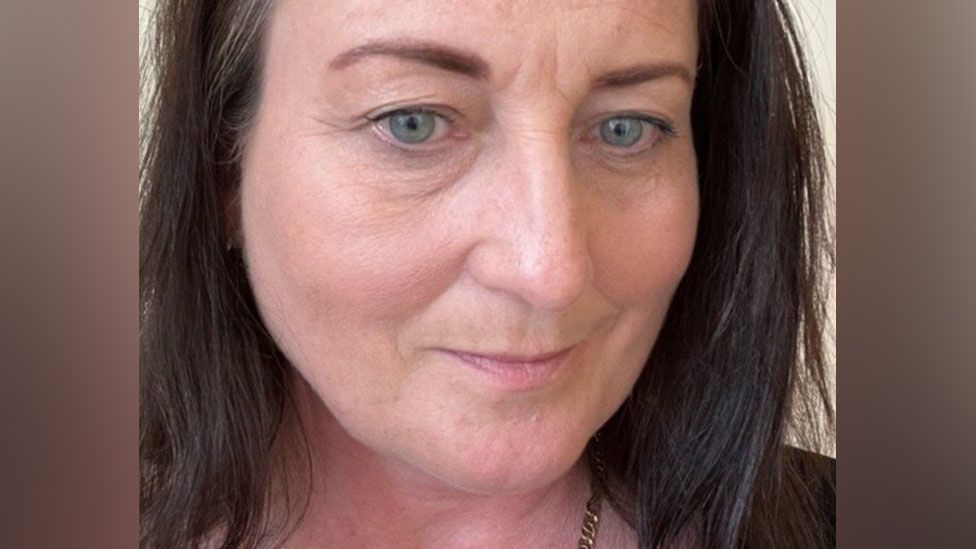 "Suddenly, my mood swings, aggression and skin issues have gone."

But some male doctors do not understand the difficulties menopausal women can face.

"Shortages are the tip of the iceberg," Sandra says.

"Suddenly, women realise they need support on it and doctors are only just starting to be put under pressure to prescribe it.

"The manufacturers have to provide more."

'Throw myself off the boat'

Next week, retired bus driver, Carol Jackson, 66, from West Sussex, and her husband, Chris, are due to begin a "dream trip" - sailing their canal boat through France and Spain to Portugal.

But Carol is struggling to obtain her HRT gel in time and worries she will be left without for the whole 90-day trip. 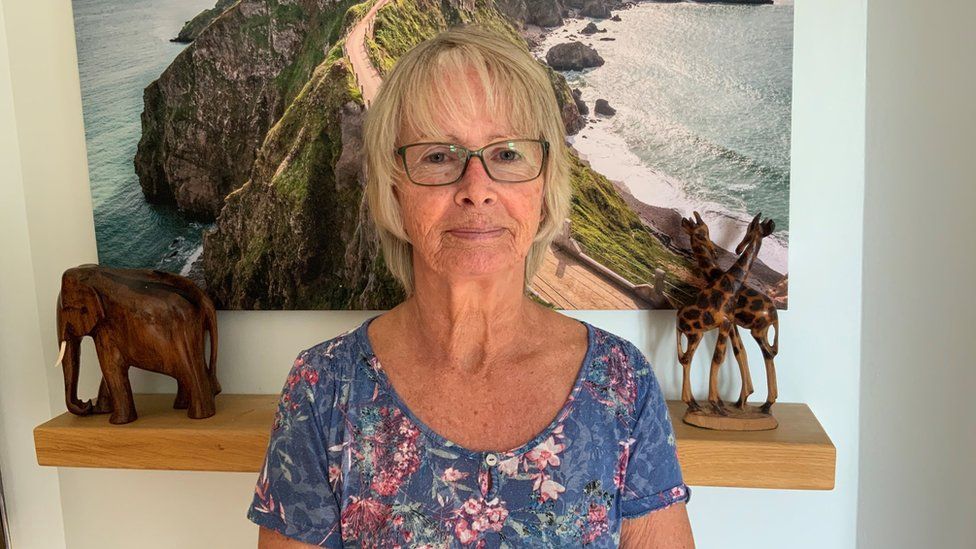 She says she is being passed back and forth between her GP and her chemist only to be told each new prescription she hands to the pharmacist is out of stock.

"I'll probably throw myself off the boat if I can't get it in time," Carol jokes.

"It's a worry because I know what life without it is like.

"It would not be pleasant and would make [the trip] so uncomfortable."

Carol has been on HRT since having a hysterectomy, more than 20 years ago.

Seven years ago, a doctor took her off the medication completely - from "high dosage to zilch" overnight.

"It was horrendous - passing out in the supermarket and all sorts of things.

"It was a male doctor who took me off.

"The woman doctor couldn't believe it, said he should have done it gradually and put me back on it [HRT]."

The government has said it is determined to ensure supplies of HRT can meet high demand.

Minister for Women's Health Maria Caulfield said: "There are over 70 HRT products available in the UK, most of which remain in good supply.

"However, we are aware of some issues with women being unable to access certain products.

"We will be appointing a new HRT-supply chairperson and convening an urgent meeting of suppliers to look at ways we can work together to improve supply."

Manufacturers say they are increasing production, including of hormone gel Oestrogel, which has been in particularly short supply.