Companies are calling staff back to offices – but immunocompromised workers are still at risk from Covid-19. Are there any good options?

For Marc Griffin, returning to the office is a worrying prospect. “Anxiety is the first thing that comes up when I think about it,” says the mental-health worker, who lives in Montréal, Canada. “There's a lot of unknowns.”

Griffin is immunocompromised, putting him at higher risk of becoming seriously ill if he contracts Covid-19. There are risk factors that he fears could expose him: for instance, getting to the office involves a 45-minute commute on public transport. And while the non-profit organisation where he works has a small headcount, he routinely has contact with a large team of volunteers and members of the public. “In the office, I would have much less control and a lot of anxiety, in terms of who's coming in and out, and who's wearing masks,” he says.

Discussions about how his company will organise the return to the office are still ongoing, but for Griffin, the stakes are high. “I don't know what I would do if I was forced to go back into a work environment full-time in my medical condition,” he says.

Many immunocompromised workers, across countries and companies, are facing similar safety concerns as office recalls ramp up. To date, there are few guarantees their companies will take their fears into consideration.

“In organisations, disability concerns very often fall off the radar,” says Dr Ludmila Praslova, a professor of industrial-organisational psychology at Vanguard University of Southern California. “Organisations have a lot to process and a lot to deal with, but among immunocompromised people, I've heard quite a lot of fear that many organisations are not including their needs on the agenda.”

So, as policies start to firm up – often with the majority of employees in mind – some immunocompromised workers may find themselves in unworkable positions, since company policies may not cover their situations as a result. Going into the office poses a risk to their health – but risking their livelihood by refusing is not an easy choice, either. 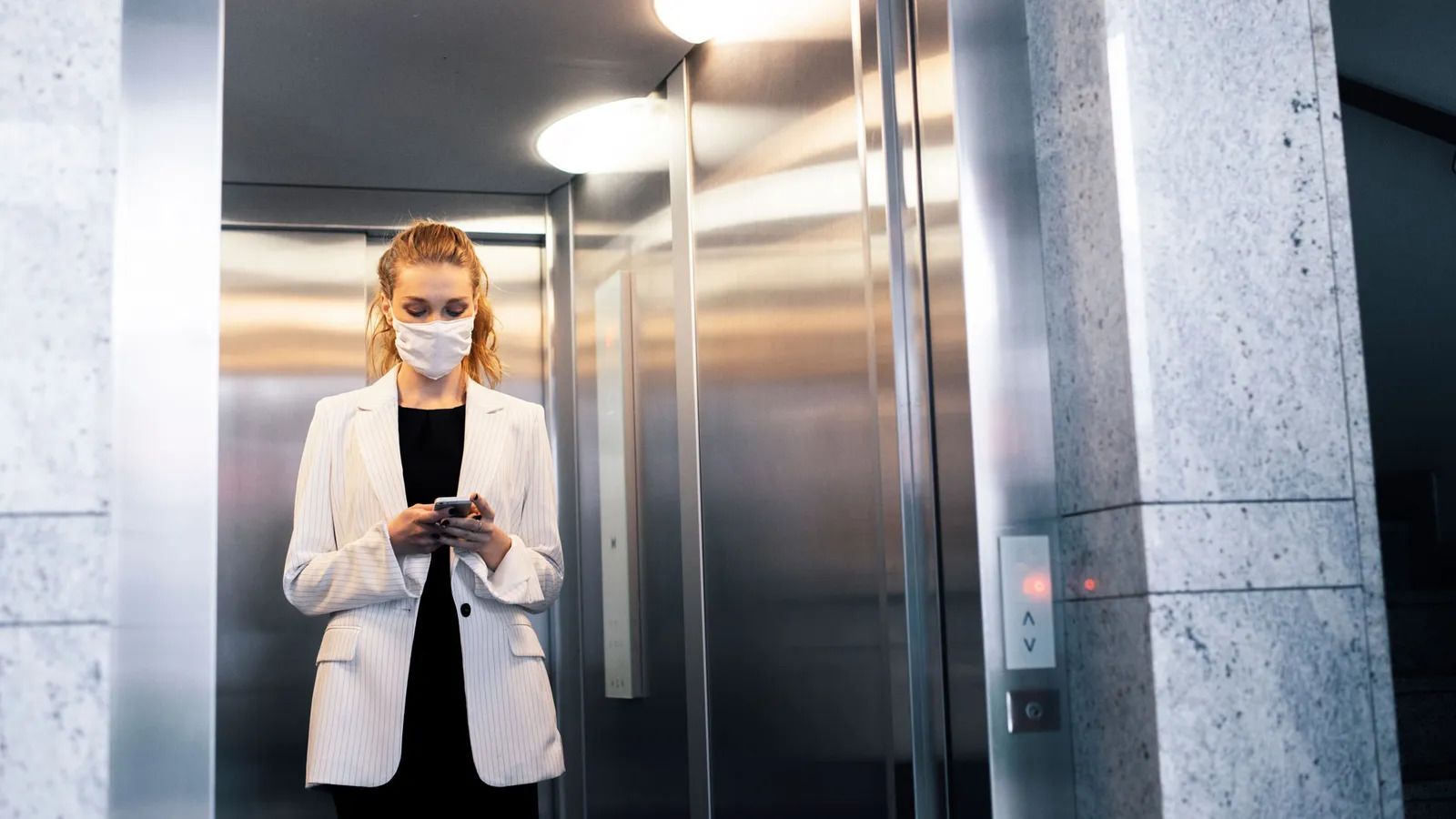 People who are immunocompromised have a weakened immune system due to diverse reasons, including long- or short-term illnesses, disabilities or ongoing medical treatments, such as chemotherapy. This weakened immune system means they are more likely to develop serious illness if they catch Covid-19, and may be less well-protected by Covid-19 vaccines.

In the US, around 3% of the population (equivalent to almost 10 million people) are known to be moderately or severely immunocompromised. In the UK, some 500,000 people are immunocompromised (equivalent to 0.7% of the population). (These figures are estimates, and the percentage disparity could be due to differences in how the data was collected; in the US the data was self-reported; in the UK, the data was estimated by the national health service.) In both countries, a smaller percentage of all immunocompromised people will also be workers, because many of those with weakened immune systems are likely to be elderly people or too unwell to work.

This means immunocompromised employees are very much a minority in the workforce – albeit a diverse one, with hugely varying challenges and needs considering the range of conditions and treatments that can affect the immune system. “I'm the only immunocompromised person in my office that I'm aware of,” says Griffin. “Although there's quite a bit of empathy, I'm in a bit of a unique situation. Everyone does not completely understand how much my life has changed [due to Covid-19].”

Isolation has kept Griffin, who has an inflammatory bowel condition called Crohn’s disease, safe during the pandemic; working remotely and limiting social interactions have played a crucial part in that. “There’s a layer of calculated risk I have to consider when I do any type of activity,” he says. “I've made major sacrifices and changes to my life, and I'm grateful that I’m able to control my own environment working from home.”

I've made major sacrifices and changes to my life, and I'm grateful that I’m able to control my own environment working from home – Marc Griffin

And while some workers may feel the dangers of the pandemic have passed and it is safe to return to work, for Griffin, the risks are ever-present. In fact, the relaxation of restrictions, reduction in testing and decline in daily information about case numbers have made the stakes feel higher.

“It's really hard to tell how bad the Covid cases are, which makes it hard to decide if I can go on a bus or go to the bank,” he says.

Right now, many organisations are trying to navigate the same challenges: after full-time remote work, do workers need to come back to the office, and how should that return to the office be organised? Further, how can companies create policies that are as inclusive as possible? This question throws another wrench in the works, since it’s difficult – if not impossible – to draw up a plan that works for everyone.

For companies, there are no easy options, especially as there is no precedent for how to handle a situation like this. Many companies are defaulting to the ‘one-rule for everyone’ policies common before the pandemic, where all workers are expected to come in full-time. “Some organisations say, well, you just need to wear a mask, and many immunocompromised people do resort to that because they feel like they don’t have any other choice,” says Praslova.

However, along with their concerns of virus exposure, immunocompromised workers who are mandated to return risk isolation from their peers, both physically and socially – meaning going into the office to sit alone all day may feel pointless, or leave workers left out of vital conversations and collaborations. And who wants to be the only worker who wears a mask in meetings or is always asking to open the window open for ventilation, even when it’s cold?

On the upside, there are disability laws in some nations may force companies to provide reasonable accommodations for immunocompromised workers, so they are not at risk in the office. In many cases, “that would be a valid request that an employer needs to consider”, says Dr Gena Cox, a Florida-based organisational psychologist and author of Leading Inclusion. Such accommodations could be anything from allocating someone an isolated workstation, to installing protective plexiglass screens. 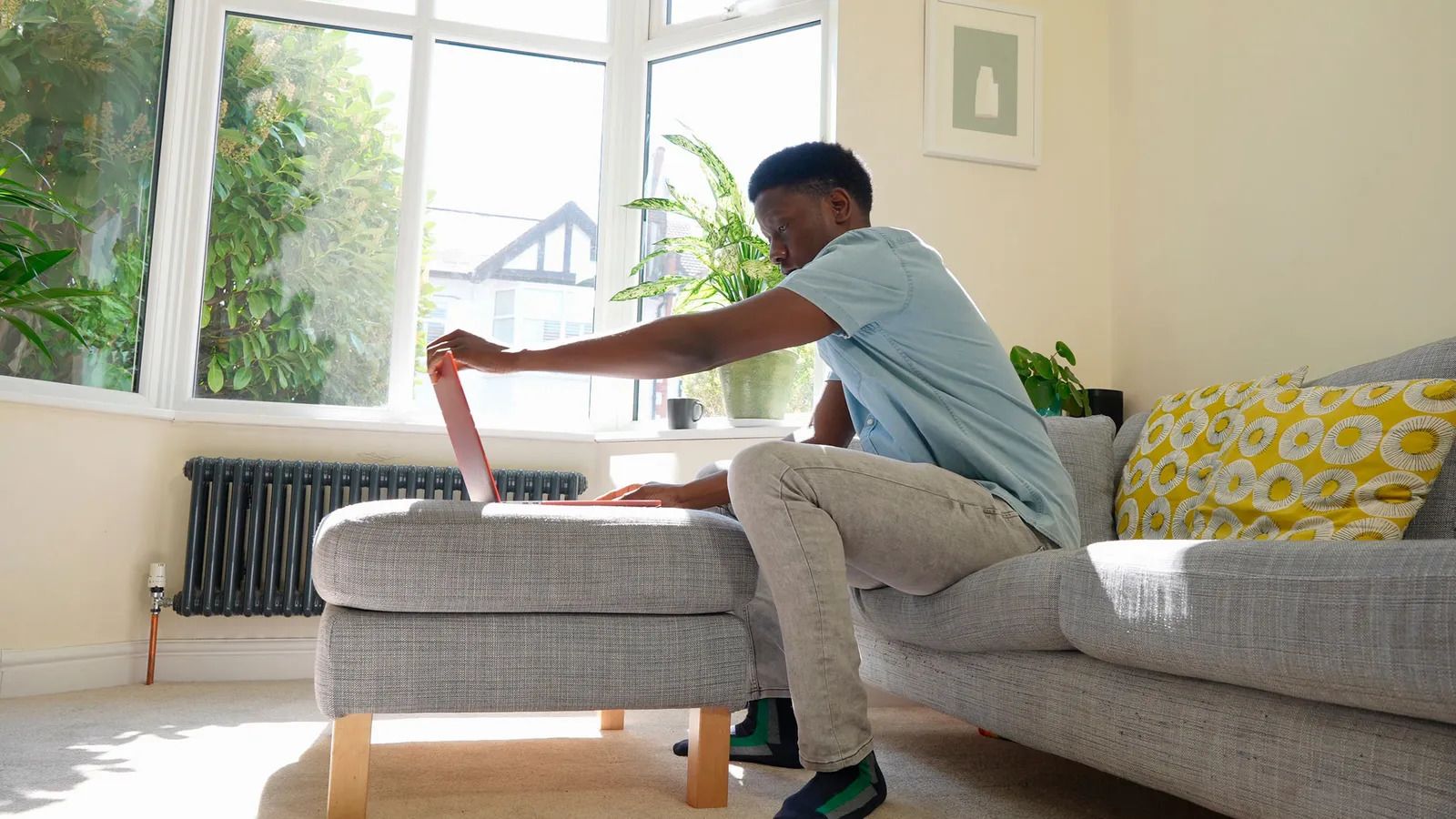 Even if immunocompromised workers do get the remote accommodations they want, they risk being isolated and missing out on team meetings and activities

However, these special policies this may not solve everything – or could even create new problems.

“That puts additional pressure on the workers themselves and on human resources to create all those special accommodations,” says Praslova. In other words, having one rule for at-risk workers and another for everyone else puts immunocompromised workers in an awkward position. One 2017 study found that 30% of white-collar employees surveyed said they had a disability, but only 3.2% identified themselves as disabled to their employers. “People are afraid of prejudice and for good reason,” adds Praslova. “Many organisations do discriminate if you're not perfectly healthy.”

Workers who do share their immunocompromised status at work should receive confidentiality, but this could raise the issue of perceived fairness. “Whenever people receive accommodations, especially for invisible disabilities, it very often creates envy, lack of understanding and suspicion,” says Praslova. In a context where the majority of workers are keen to retain the freedom to work remotely, giving access to one employee but not others for reasons that are kept secret could easily cause resentment.

And even if an at-risk employee is able to have a fruitful discussion, and is ultimately granted full remote privileges, working at home while the other members of a team are in office leaves the remote worker vulnerable to a different kind of isolation. “You're missing out on networking opportunities and chances to interact when you operate in a way that is different than how the core system is operating,” says Cox.

Those who do not find a way to stay visible and build influence while working remotely when their colleagues are working in person risk being forgotten; they risk missing out on big projects, promotions and pay raises. “If promotability is equated to visibility, rather than outcomes of your work, this can add up to a significant disadvantage,” says Praslova.

In countries with workplace anti-discrimination laws that cover disabilities, immunocompromised workers who can prove their status may have good legal grounds to refuse going into the office or demand suitable accommodations at work. But as governments around the world ease Covid-19 health restrictions, many are also softening their policies on whether Covid should be legally considered a workplace risk.

Another difficult question may come in the grey space between legal and medical definitions of ‘immunocompromised’, and who exactly needs protection. For example, not all workers who are asthmatic will be immunocompromised, but they may still be at higher risk of respiratory illnesses such as Covid-19, and have a strong argument for home working. People who live with someone who is immunocompromised may also find the thought of going back to the office intensely stressful even if their own health is not at risk, due to the possibility of them transmitting the virus to loved ones.

People are afraid of prejudice and for good reason. Many organisations do discriminate if you're not perfectly healthy – Ludmila Praslova

There are “moral and inclusion imperatives”, says Cox, that suggest these workers should be given the same rights as immunocompromised workers themselves – but it’s not clear that companies are on board.

“Leaders are afraid of giving an inch because they feel like people will take a mile,” she adds. “If you have 5,000 employees, theoretically, all 5,000 of them could come up with a reason why they could not come back, which is why I think most employers, in the end, will take that legal approach.” In other words, companies might only apply reasonable accommodations to legally-eligible immunocompromised workers, rather than looking more broadly.

However, if a company is truly unaccommodating to the immunocompromised, at risk and those they live with, affected workers may be able to find better conditions elsewhere; forecasts predict that 25% of all professional jobs will be remote by the end of 2022. But, says Praslova, there are positive signs: “Companies, in general, are more aware of health concerns and health differences as a result of the pandemic.” This could result in more companies offering flexibility to workers in all situations.

Griffin’s company is planning on establishing a hybrid working model. “I'm not the only one who's pushing for having more home time,” he says. As such, he does not fear being the only person working remotely, and will have some freedom to go in at less busy times. He has also attended inclusive work events such as outdoor picnics, where he was able to spend time with colleagues in an environment that felt safe.

He still expects that it will take time before he’s comfortable with in-person work, however. “I've told everyone, I'm going to be dipping my toes in the water. Going back to the office is going to be a very slow, somewhat tenuous process for me.” Yet despite the risks, the freedom to go at his own pace means returning to the office is something he is looking forward to – particularly after spending so long in isolation. “I like to be around human beings,” he says. “I’ve greatly missed human interaction.”