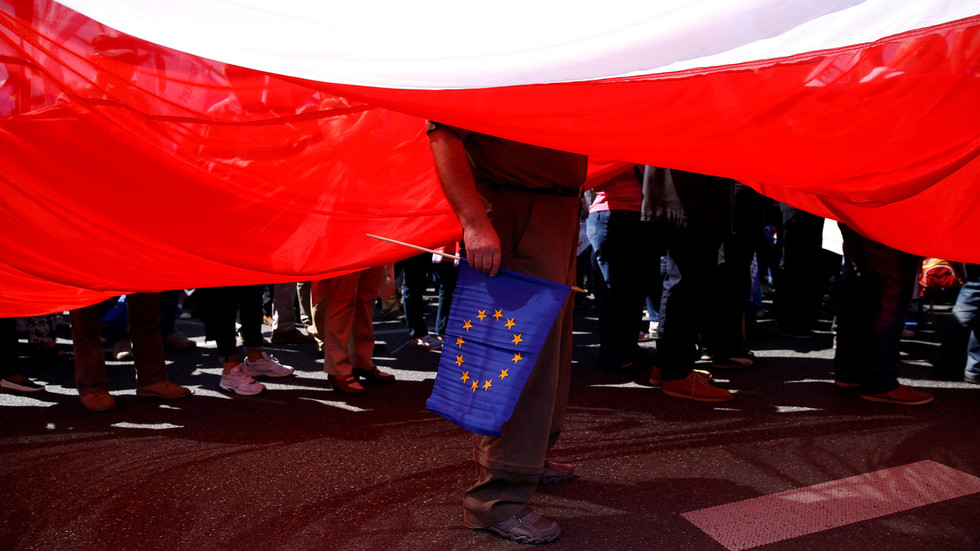 Poland and the European Union have been at loggerheads for much of 2021. However, this year’s travails will pale into insignificance when compared to the almighty clash that is coming down the line next year.

This year has seen Poland join Hungary as the bête noire of Brussels. The country has been at war with the EU over a range of issues, including a dispute over LGBTQ rights and arguments over climate change, border policies, the independence of judges, and most importantly, the primacy of EU law.

With regards to the last of these, the issue surrounds the Polish Constitutional Court’s ruling that Polish law has primacy over certain aspects of both EU treaties and judgements made by the European Court of Justice (ECJ). As a result, Brussels has withheld a significant amount of Covid recovery funding from Warsaw and slapped the country with eye-wateringly large fines.

This matter came to a head just before Christmas, when the European Commission launched legal proceedings against Poland. The EU’s justice commissioner, Didier Reynders, wrote, “We’ve tried to engage in a dialogue, but the situation is not improving. Fundamentals of the EU legal order, notably the primacy of EU law, must be respected.”

The plucky Poles, however, are in no mood to back down. Beata Szydlo, Poland’s former PM and now an MEP, responded, “This is not a legal dispute, but an attack on the Polish constitution [and] the foundations of Polish statehood.”

The Polish government is also not convinced that it will get a fair hearing in the EU courts. The country’s deputy PM, Jaroslaw Kaczynski, who is also the head of the ruling PiS party, claimed that the ECJ is “the basic instrument used” by the EU to impose federalist ideas. The Poles have now referred the case to their own Constitutional Court, which will rule on whether the EU has the right to link funding to the ongoing legal dispute.

What is happening forms part of a larger disagreement regarding the future direction of the EU, and it will be played out in parliaments and the courts in 2022. Poland views Brussels’ attempts to impose its laws as an attack on the country’s independence. It also sees the hand of Berlin pushing the EU towards a single federal state. Indeed, Kaczynski claimed that numerous countries “are not enthusiastic about the prospect of building a German Fourth Reich on the basis of the EU.”

Regardless of the provocative language, Kacynski does have a point. The new German government’s coalition agreement document contained a commitment to the “development of a federal European state,” which is something Poland has already determined to oppose.

Polish PM, Mateusz Morawiecki, is on record saying that “we should not expect that there will be one ‘United States of Europe’, because it will never be.” He also predicted that “frictions and tensions that are going to grow even bigger if those from Brussels, Berlin or Paris would try to push all the others towards such a state.”

It was, therefore, telling that one of the first foreign visits made by the new German chancellor, Olaf Scholz, was to Warsaw. Although he and Morawiecki exchanged kind words, there was certainly no meeting of minds. Following the meeting, the Polish PM stated that “democratic or bureaucratic centralisation” is utopian, and that instead he wanted to see an “EU made up of sovereign states.”

Clearly, the EU is dividing into two camps: those who want to move towards a federal superstate – which will mean countries handing over even more sovereignty to Brussels – and those, like Poland, who want a looser arrangement.

Poland is not alone, however, and it does have allies, including Hungary and Slovenia, which is also now in the EU’s firing line. Moreover, last week the Romanian Constitutional Court also rejected the primacy of EU law, which will surely be met with reprisals from Brussels.

So, the battle lines have been well and truly drawn, with Poland and her allies in central Europe lined up against the Brussels bureaucracy and the Berlin government, and the stakes are unbelievably high for both sides.

If Poland manages to successfully face down Brussels, then the primacy of EU law is dead. Other countries will be emboldened, follow Warsaw’s lead, and reject or ignore diktats from Brussels. And with that, discipline and cohesion in the bloc will quickly dissipate.

On the other hand, if the Polish government backs down, then it too is finished. It has upped the ante now to a point that to perform any kind of U-turn will destroy its credibility, and with that any real hope of re-election.

Both sides cannot afford to blink first, and this will be a fight to the finish. So, 2022 could be the year that makes or breaks Poland’s membership of the EU. Although the Polish government reacts furiously to any suggestion of Polexit, there can surely be no other option if it chooses to stick to its principles.