New Prime Minister Liz Truss has promised an announcement on the energy crisis - but will it be enough to help already struggling music venues? Many are facing price hikes of tens of thousands of pounds.

After a dire period during the pandemic, music venue owners had hoped this would be the year to properly kick-start the UK's world-renowned live scene once again.

But while thousands of fans have enjoyed a summer of gigs and festivals, the industry is now facing its next existential crisis - spiralling energy bills, with some venues seeing increases of up to 1,400%, according to one model.

The energy price cap currently does not apply to businesses, so music venues - which need to power stage lighting and sound on top of everyday costs - are being hit with increases of tens of thousands of pounds when the time comes to renew their energy contracts.

"It's come to the point where we just won't be able to afford to run everything," says Jamie Northrop, who runs the 150-capacity venue Alexander's Live, in Chester. "We are doing everything we can to mitigate against the rises - installing timer switches on everything, all our beer coolers, all our fridges and freezers, ensured all our lighting is energy efficient.

"We've literally done everything we can. But to continue opening the doors, we can't do any more - we have to turn stuff on. And the hike that's coming at us now is just unmanageable.

"You've got all the sound, the stage, the lighting. It literally is all about electricity. Without electricity, there's nothing."

Currently paying about £8,000 a year for electricity, the cost for Alexander's is set to almost quadruple, to £29,500, at the next renewal in October.

Mr Northrop is not alone. According to the Music Venue Trust charity, there are at least 300 grassroots venues, of the 900 or so that it works with, facing "immediate" threat of permanent closure. However, chief executive Mark Davyd says the situation is likely far graver, as while many venues are not facing imminent contract renewal in the next few months, it is coming later down the line.

Industry leaders say many venue bosses are too afraid to speak out publicly, for fear that landlords or suppliers may pull the plug, or call debts in early. Some attempting to renew contracts are finding that new energy companies simply won't take them on, so say they are forced to stay with their current provider, whatever the increase may be. 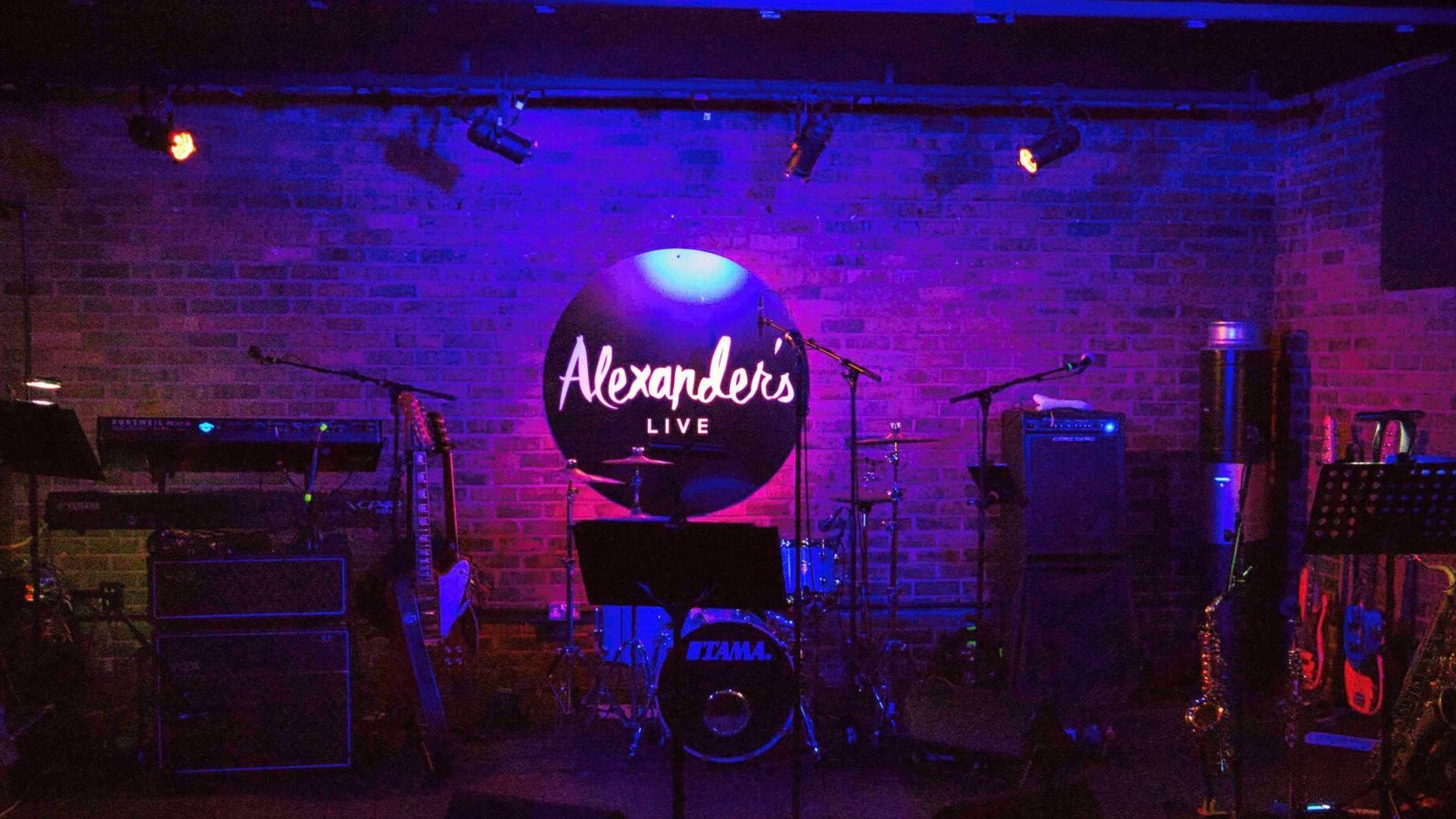 Bosses at one venue, who did not want it to be named, told the UK Music organisation they had been quoted an "eye-watering" £42,000 a year for fuel - more than treble the previous bill of £13,200 - with the supplier saying they would only accept full payment in advance.

"It's almost like a horrible circle where the higher the prices get, the more difficult it is to find anybody who actually will supply you," says Mr Davyd.

Government announcement on energy expected this week - but will it be enough? 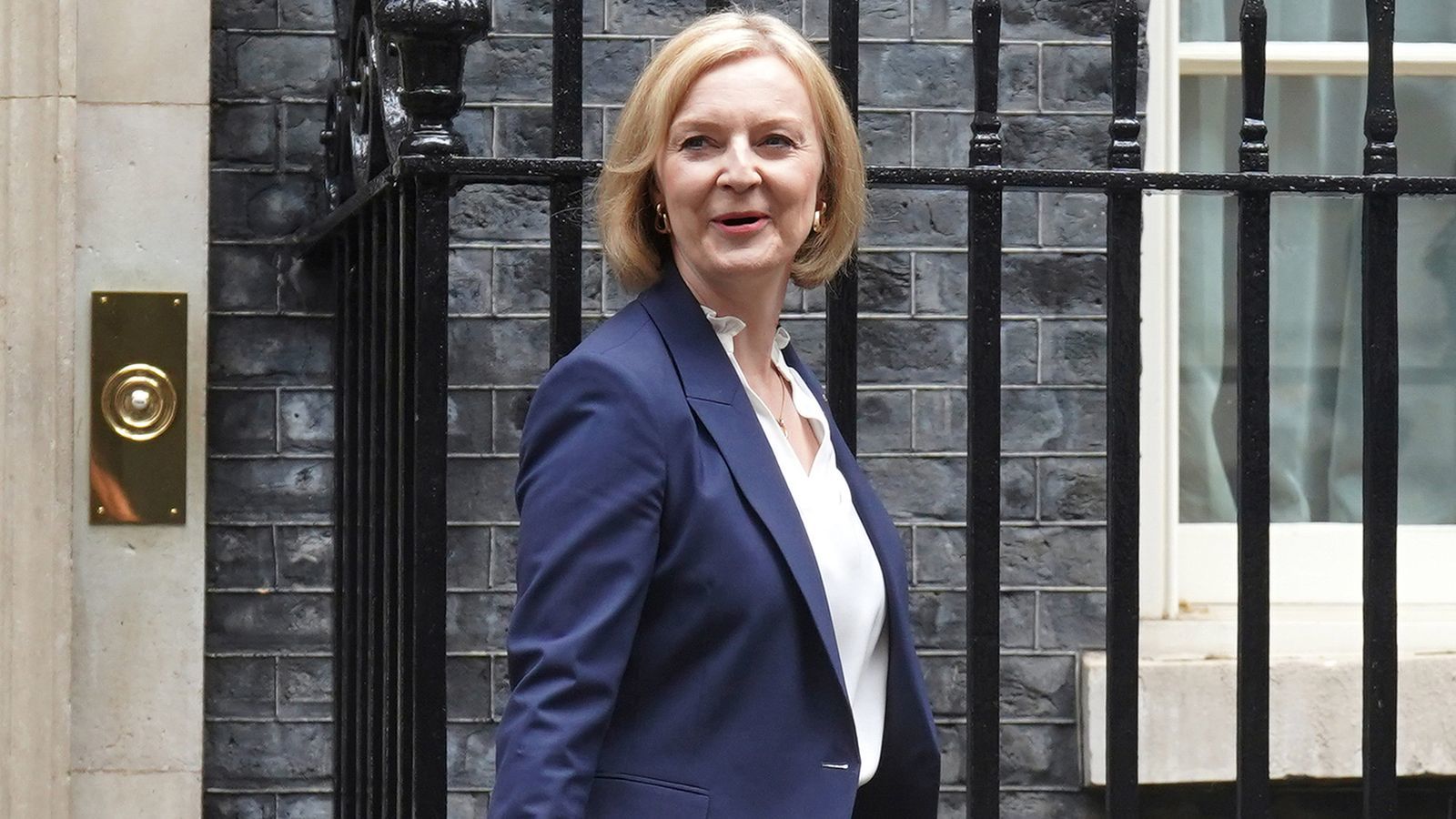 New Prime Minister Liz Truss has confirmed an announcement on energy will be made on Thursday. However, there are concerns it may not go far enough.

Jon Collins, the chief executive of industry body LIVE - which represents 14 live music associations, including the Music Venue Trust - says that in the wake of the pandemic, the cost of living crisis and "skyrocketing" energy prices "could spell the end of the UK's live music scene as we know it".

Releasing results of an industry survey, LIVE said venues were facing increases of anything from 300% to 1,400%.

And while the COVID pandemic was a tough time for the industry, Mr Davyd says that at least there was an expectation that it would come to an end.

"This actually needs some slightly more radical thinking, frankly," he says. "We have the first issue, which is can [venues] immediately meet the terms and conditions of their energy supply right now?

"But then beyond that, what is the long-term future of energy supply for this sector? Can we actually withstand this level of energy bills? After we resolve the immediate problem, that's something we really need government to take a long look at. 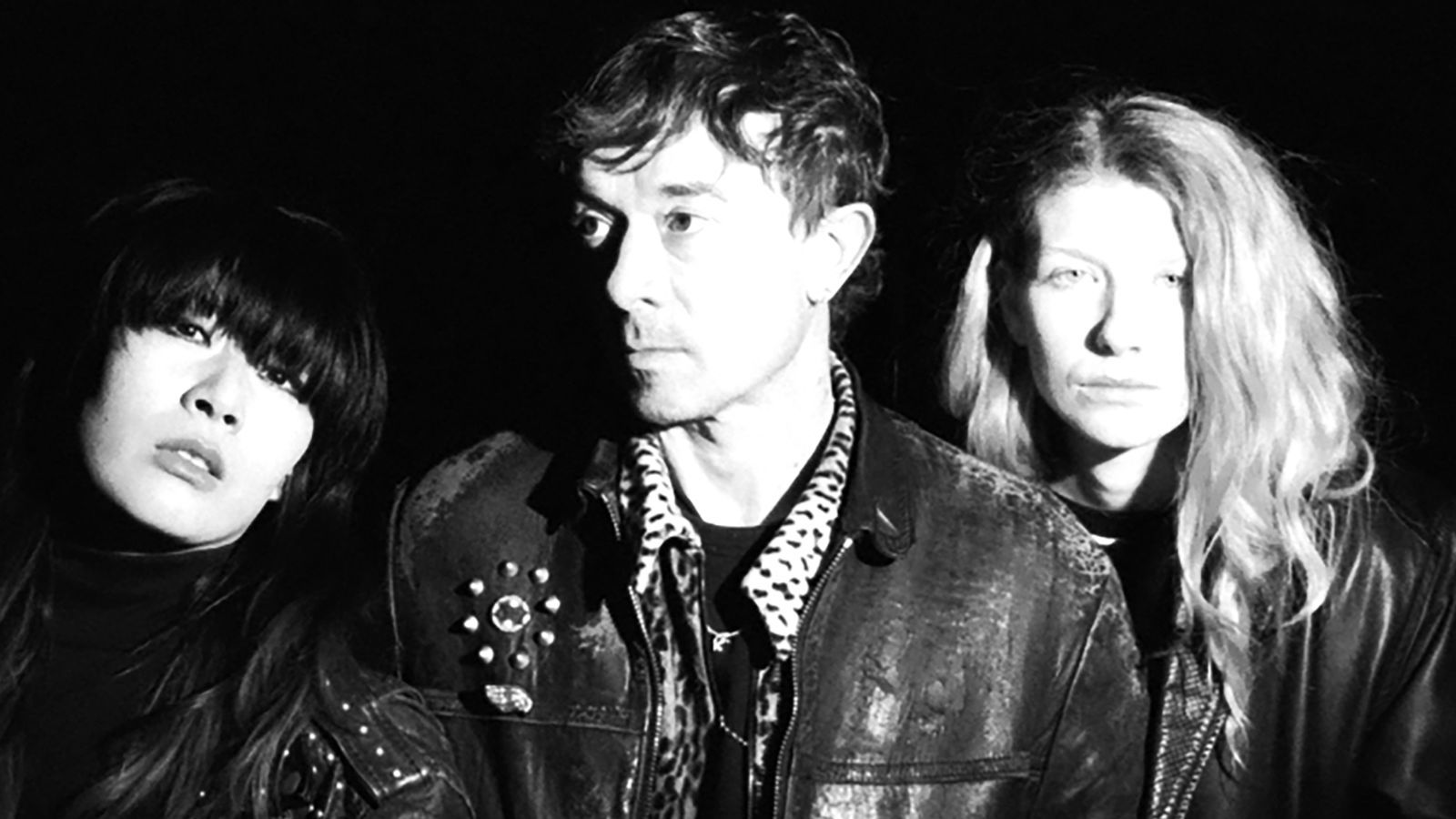 The cost of living crisis has been devastating for millions, with some households having to make choices between food and heating. Many would argue the effect on live music, or other industries, is not an issue they can afford to care about.

But for musicians, singers and bands - and fans - the loss of smaller venues means artists have nowhere to build a fanbase, no platform to grow from. And once these venues have gone, they are gone; industry leaders say it is very hard - and expensive - to start a music venue from scratch.

"It's the first experience of getting up on a stage, of playing in front of people," says Robbie Furze, frontman of electro-rock band The Big Pink. "You can't just jump to Wembley Stadium, it doesn't work like that."

And gigs at smaller venues, he says, are a different experience. "It's dark, it's sweaty, you're about three or four feet from the first person in the crowd. That's what it's all about. When you're miles away from the stage, you don't get the same experience."

Furze also highlights the importance of music and the arts on mental health. "If we take away the arts, we might find ourselves with deep depressions in [young people]," he says. "If anyone underestimates that, they're idiots."

Opened in 1992, like dozens of grassroots venues up and down the country, Alexander's has hosted many acts in their early days, before they went on to become household names. 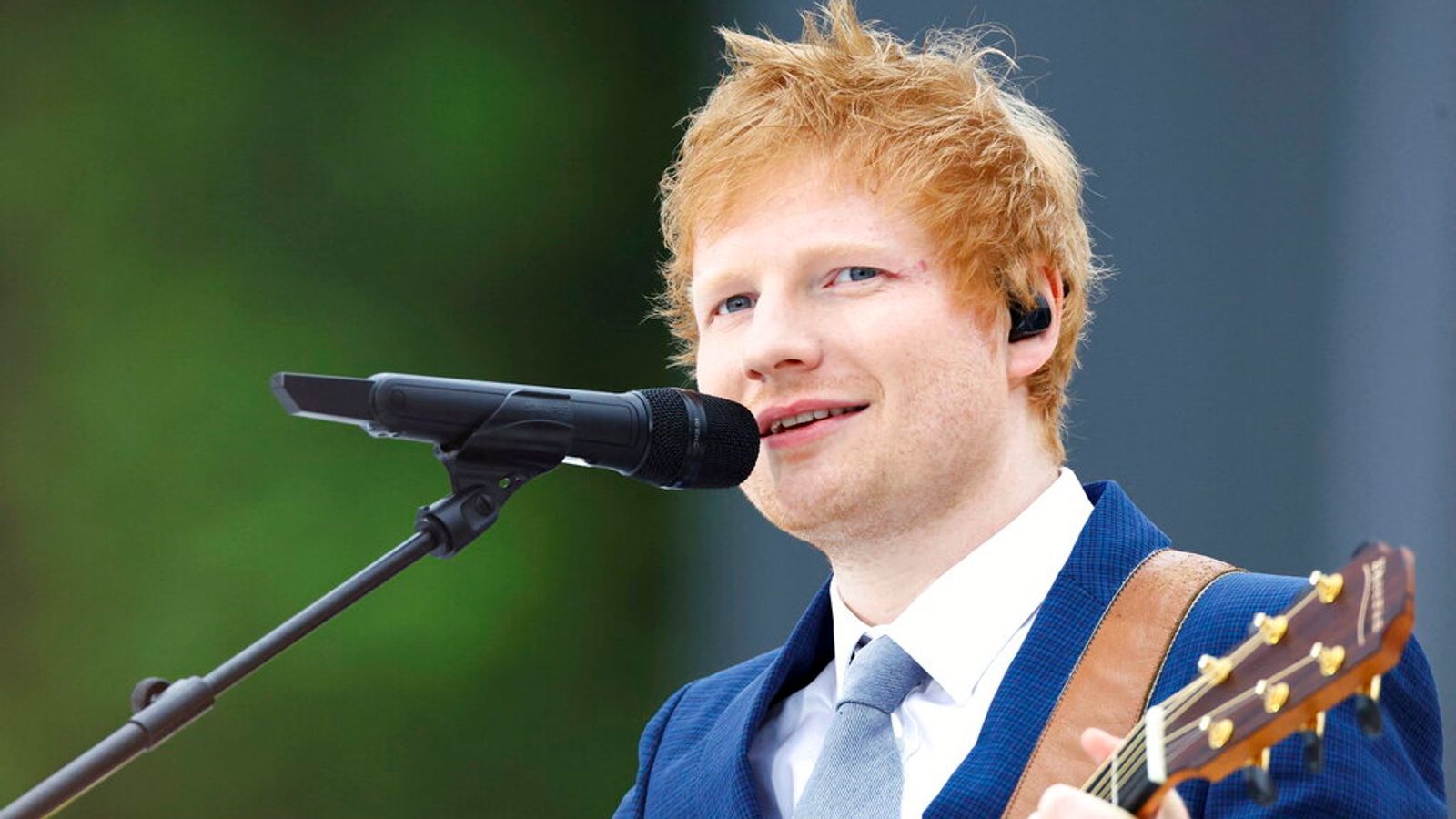 Duffy used to sing at their open mic nights, says Mr Northrop. "And Ed Sheeran played for us when he was doing his first ever tour. When you look back through our history, we've had Space, Dodgy, Maverick Sabre..."

"We all saw just how miserable life was without live music during the pandemic, when venues were closed for months," says Jamie Njoku-Goodwin, chief executive of UK Music. "The high cost of energy bills could now close them forever."

But industry bosses say that even if some politicians don't seem to care about the cultural loss, the live music industry is big business in the UK.

"These are the ignition systems of a night-time economy," says Mr Davyd. "Why do people leave their houses? They go out to go to the cinema, to the theatre, to music venues. Then they also go to restaurants and pubs and bars while they're out.

"It's a reason why people go out. We really do need them in our towns and cities to make sure we have active nightlife economies. Huge numbers of jobs are reliant on gigs taking place, on theatres being open.

"The music industry itself is £5.5bn of turnover, hospitality's over £100bn. It's one of our fastest-growing industries."

In response to the concerns, a spokesperson for the Department for Digital, Culture, Media and Sport directed Sky News to Ms Truss's first speech on Tuesday.

On the energy crisis, she said: "We will get spades in the ground to make sure people are not facing unaffordable energy bills and we will also make sure that we are building hospitals, schools, roads, and broadband.

"Secondly, I will deal hands-on with the energy crisis caused by Putin's war. I will take action this week to deal with energy bills and to secure our future energy supply."

At Alexander's, Mr Northrop remains positive about the venue's survival - but says he does not want to pass on costs to his customers.

"I'm very confident that we will remain. But I wouldn't want to remain by telling everybody they're going to have to pay seven, eight, nine pounds a pint. I'd much rather say we're going to remain because the government has stepped in and actually dealt with the energy crisis. I don't think it's fair on the nation to be picking up other people's messes."