The Netherlands is under US pressure to block its tech champion from selling chipmaking machines to China.

The U.S. has been pushing European officials since it moved ahead with its own export restrictions in early October, triggering intense debate between the Dutch government, European officials and ASML executives. The questions they're trying to answer center on what kind of chip technology is advanced and strategically important and what kind of involvement the rest of the European Union should have in a decision that must rest on Dutch national security interests.

At the same time, Europe and the U.S. are both trying to reshore chip production after pandemic supply shocks exposed the risks of relying on Asian manufacturers.

In assessing whether to cave in to the U.S.'s requests, the Dutch need to figure out "what is national security, and what is just an economic fight," said Bart Groothuis, a Dutch MEP working on chips policy at the European Parliament.

For ASML, China has already been off limits for sales of its most advanced machines, the ones that use extreme ultraviolet light and that can produce high volumes of the most advanced microchips (EUV-machines). A request for an export license for these machines has been stalled by the Dutch government since 2019, reportedly under U.S. pressure. It initially affected only one machine, but over time blocked ASML from tapping into a growing market. ASML still sells Chinese customers less advanced machines that use deep ultraviolet light (DUV-machines).

In early October, the U.S. issued a new series of export restrictions targeting China's ability to manufacture advanced semiconductors and supercomputers — with the claim that China used these for weapon development and surveillance. Part of the rules prevented U.S.-based companies from shipping certain manufacturing equipment to produce advanced semiconductors to China.

It once again brought ASML — and some Japanese competitors — into the spotlight, and U.S. government officials to the table with Dutch and Japanese counterparts. Some 90 percent of the global supply of semiconductor manufacturing equipment is from companies based in the U.S., Japan and the Netherlands and any export bans from them would thwart China's attempts to secure advanced semiconductors.

"Right now, ASML's equipment could be used to, at least for China, to be able to boost its indigenous capabilities to produce semiconductors with pretty advanced capabilities that then feed into weapon development programs and surveillance capabilities," Martijn Rasser, a senior fellow at the Washington-based think tank Center for New American Security, said.

Rasser has called for the Dutch to match strict U.S. controls. He believes that a U.S.-Dutch deal is imminent, either in the next two weeks or at least this month. 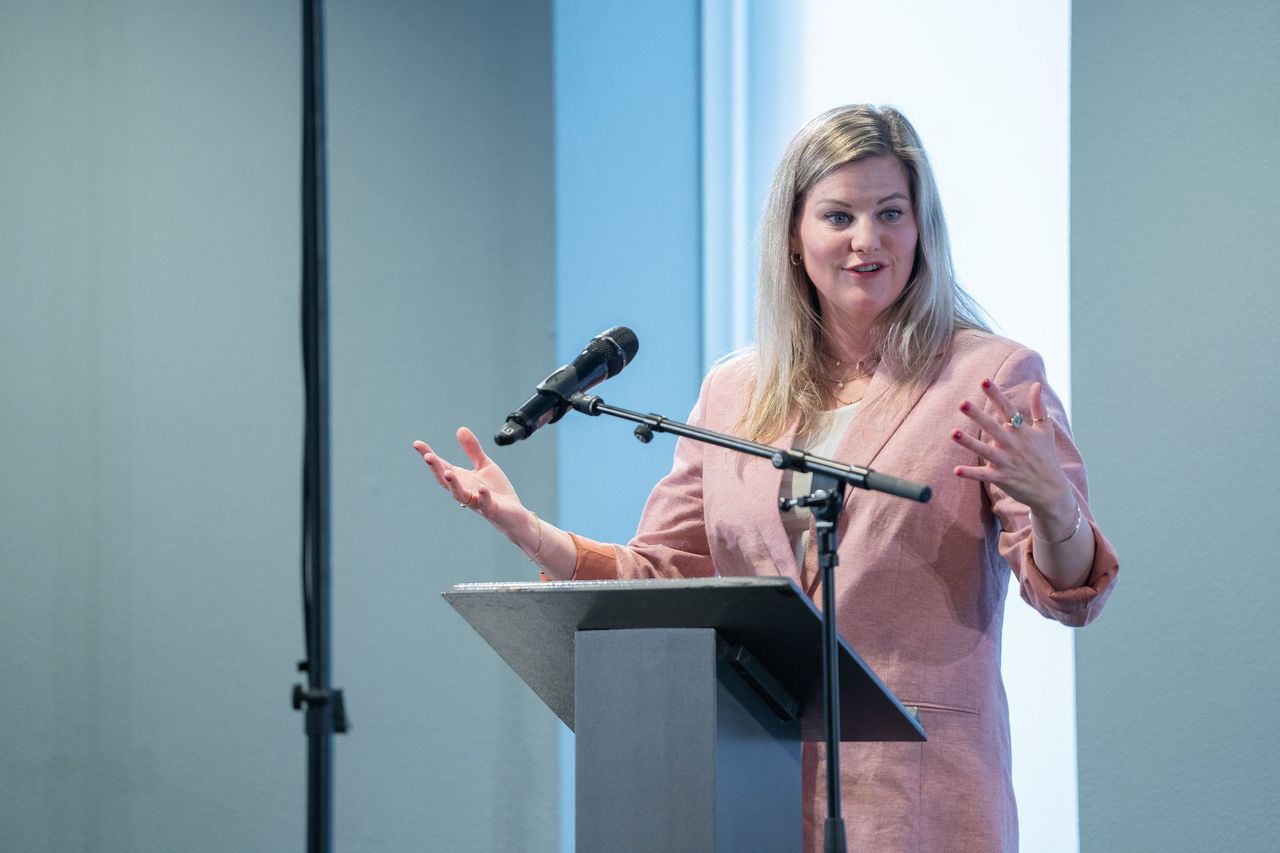 Dutch ministers were initially more cautious, stressing that they would not just copy-paste U.S. export restrictions. In an interview with POLITICO at the end of November, Dutch Trade Minister Liesje Schreinemacher said that she shared the U.S. security concerns but that the Netherlands would "also look at our own economic and geopolitical interests." Yet she also said separately that chips was a sector that may require a critical assessment.

In recent weeks, the Dutch mood seems to be getting more skeptical of China, fueled by reports about illegal police stations in Europe and Beijing's response to protests against the strict COVID measures.

An EU diplomat said in December that the country is "moving in the direction of being even tougher on China."

The world got a glimpse of that in early January when Dutch Economy Minister Micky Adriaansens said that Chinese-owned Nexperia's takeover of a Delft-based semiconductor startup could get a national security review, serving as a test case for new powers to block foreign acquisitions of sensitive technology.

But the Dutch are carefully weighing how far they are prepared to go. It isn't completely on board with U.S. views of what constitutes advanced and strategically important technology.

Groothuis said that while he agreed with "the main part" of the U.S. sanctions, he was warning the Dutch government to take a close look at "what is national security, and what is just an economic fight."

"You really have to look closely at that. There are [certain] chips machines, the old DUV-machines ... It doesn't make sense to me to cover all that," he said.

The EU diplomat said there was little argument about blocking sales of "next-generation stuff, machines that allow them to leap forward," but there shouldn't necessarily be an issue about selling "a machine that makes chips only used in your hoover."

The Dutch foreign ministry denied any comment on negotiations with the U.S., while ASML stressed that "no decision" had been taken yet.

ASML CEO Peter Wennink argued that the company already did its part by not selling EUV-machines, and also questioned the effectiveness of the U.S. crackdown on chips that could be used in advanced weapons. "Chips that are used in the weapon industry are 10 to 15 years old. That technology is already a long time available in China. That train has left the station," he told a Dutch newspaper in December.

He said that the global semiconductor value chain is too enmeshed to cut out China, pledging in September with other industry executives to keep the global chips trade open to manufacturers across Asia.

Geopolitics are complicating the question of whether the Netherlands should really be the sole arbiter of granting export licenses for ASML. While export controls are a national competence, some argue that any Dutch decision could have wide-ranging effects on industries across Europe. 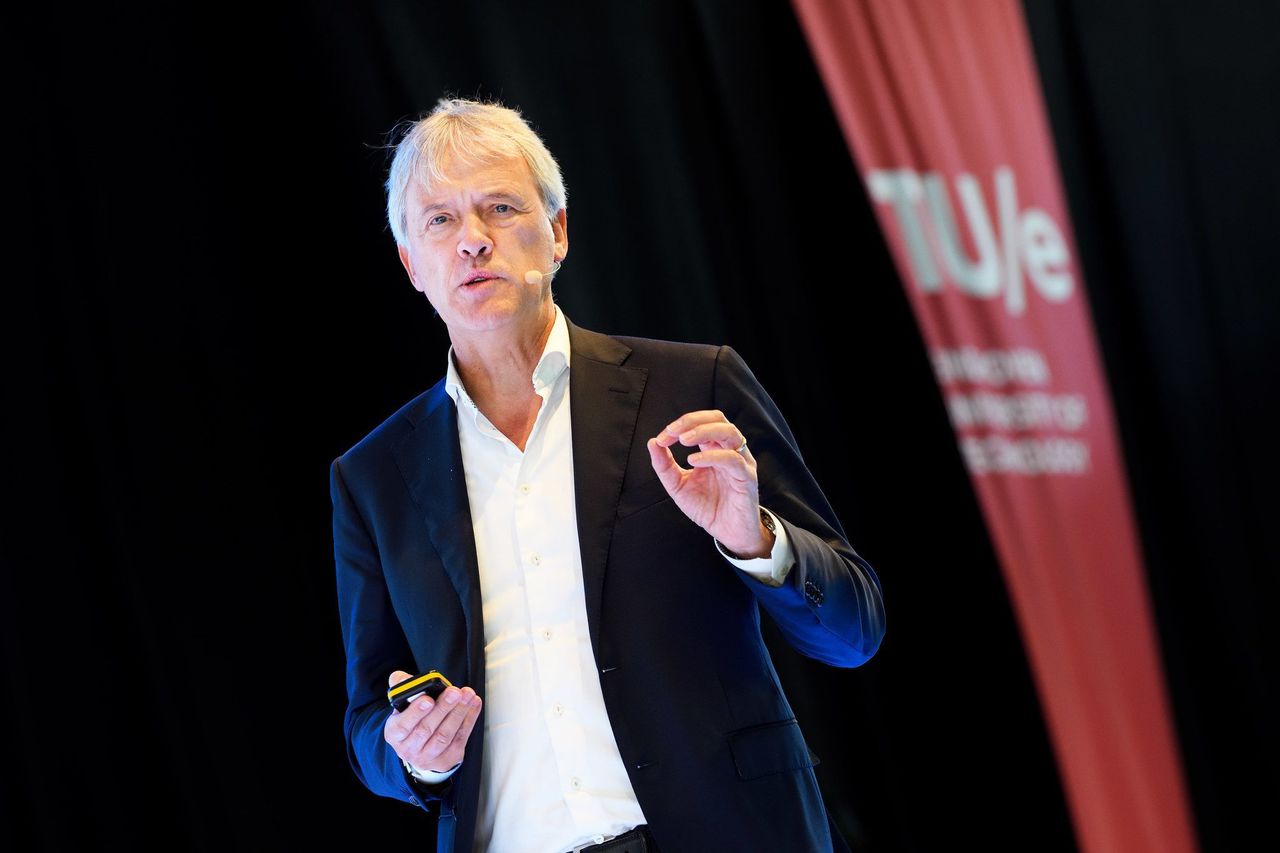 "Chips that are used in the weapon industry are ten to fifteen years old. That technology is already a long time available in China" said ASML CEO Peter Wennink

Europe is still struggling with figuring out what relationship it wants its semiconductor ecosystem to have with China. Germany and the U.K. both have blocked takeovers of chips companies or individual fabs by Chinese-owned companies in recent months. The region is also slowly trying to ramp up its own chips production.

"The Dutch claim this is their decision. Technically they are right, but it will have political and economic effects," another EU diplomat said. "Economically, it will have a trickle-down effect, for example on Zeiss in Germany or Imec in Belgium."