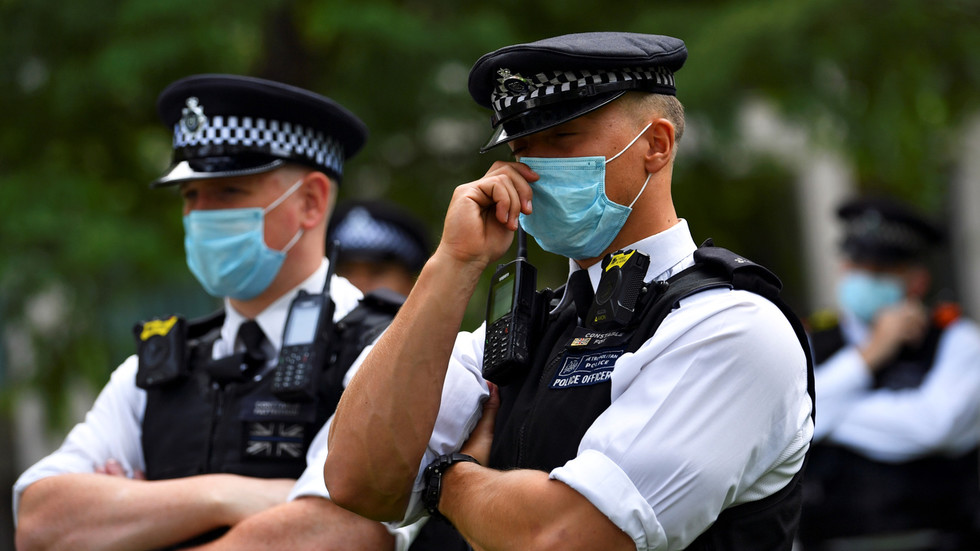 The Covid-19 ‘rule of six’ is a joke, and if Boris thinks the police will do his dirty work in enforcing it, he’s wrong

The prime minister needs to understand you can’t use officers to enforce Covid-19 laws that no one believes are necessary. His authoritarian approach is wrong and he’s failed to persuade people that such bans are required.

One thing you learn fast in the police if you are clever is that the best way to get a large group of people to do something they don’t want to do is by appealing to their goodwill and common sense. That’s how the traditional British Bobby did it. It is also why I am so bemused at our current approach to stopping the spread of coronavirus.

Nobody appears to be an expert anywhere in the world at controlling the disease, unless you look at the Chinese.

There they do two things: the leader gives clear leadership by always wearing a mask in public, and the people, as a result of a massive education campaign, do what they’re asked to: stay at home, wear masks and wash their hands.

They understand it is common sense to do so, and that it’s in their best interests. Now the virus is virtually nowhere to be found in China. Nevertheless, the authorities there remain cautious, immediately jumping on any outbreak with efficient, fast testing and tracing of carriers, who are then locked down hard. As a result, their economy is already back in business and moving forward. Here, not so much.

You can accuse the Europeans and Americans of being slow or even arrogant in not being prepared to learn from the Chinese, but whatever it is, we are back in trouble again.

The French are warning that their ICUs are nearly full and the UK is gearing up with the NHS preparing for another onslaught. The government is ordering local lockdowns, and introducing ‘the rule of six’ to stop more than that number of people gathering together at any one time. I’ll leave the argument of whether all this is actually medically or scientifically necessary to others.

What concerns me, as a former police commander, is how we are going to enforce this ‘rule of six’? Instead of learning from China and taking the people with them by giving a clear message and keeping them informed, the UK government is turning to the route of enforcement, fines and threats.

If someone not from this planet was observing which country on Earth was a centralised one-party state and which was a pluralistic democracy, I wonder which they’d choose?

I have been involved in policing for more than 35 years and, apart from professional criminals who make a cost-benefit analysis on the risks of arrest and punishment, such an autocratic approach does not work. Why is it that no one in government seems to have read a book about how to influence human behaviour and take people with you?

The best example of this is that most people, tens of millions in the UK every day, drive properly and carefully because they know it makes sense. After all, with perhaps only a few hundred traffic police on duty across the whole country the chances of being caught for careless driving, drink-driving or using your mobile phone are small.

But apart from a few reckless risk takers, the vast majority of us drive carefully because we know it makes sense, and keeps us, our passengers and fellow drivers safe.

Persuasion and education work better than an iron fist. The only way a draconian police-state style enforcement approach has any hope of working is when there is a near certainty that you will be caught and punished if you break the rules.

But who’s really worried that if seven mates come round for a few beers and a game of cards, that the police will come knocking on the door?

This is one reason why the current approach to controlling the virus is not working. Most people have not been persuaded by the arguments for such a rule – because those arguments are weak and ill-explained – nor by any threat that might result from their breaking it.

Those who are the most likely to spread it, the young, have not heard clear messaging that hits home and persuades them that social distancing, wearing masks or the ‘rule of six’ make sense. Nor do they see our political or community leaders giving example by wearing masks themselves.

And, once again, it appears to fall to the police to try and enforce this mess. But think for a moment. How exactly are they going to know if there are six or even eight people in a house who shouldn’t be there?

Which ones are family members and entitled to be there, and which ones are outsiders, who may not be? What powers will they have to check or even force entry to check? And then make arrests? And what is that going to look like with families fighting them and children crying on Twitter or YouTube as their parents are arrested? Bad is the answer.

That is why trying to force people to comply will not work. There are simply not enough police to make this happen and they would not want to if they did. Most police officers do not wear masks when they are on the street talking to the public, just like nearly everyone else in the UK in their teens or 20s.

When we see that the police cannot stop street parties and raves all over the country or drunken large gatherings in our town centres in the evenings, how do we expect them to now police every house and apartment in the land? It’s clear that even the current approach of enforcing compliance is not working.

Yes, a super technology-led system of test and trace is important, but it is not as vital as willing public compliance with what each of us can do to stop the virus. That is only going to happen with a concerted and carefully considered campaign to influence the behaviour of the various groups that make up our society.

Unless everyone does the right thing, it’s likely the misery of an awful illness, unemployment and collapsing companies will go on.

The police can act against some individuals who refuse to be reasonable. But if we want that to be effective, we need real sanctions, not just a fine, but a significant deterrent sentence.

But do we want to be throwing such dissenters behind bars? Moreover, we need to accept that the arrests will look very unpleasant. And that the police need to believe that they will not be suspended over allegations of using too much force in the eyes of a naïve public or political activists. In short, none of that is going to happen, so the police are not going to act. Were I still in the force, I wouldn't.

The police and any number of so-called ‘Covid marshalls” and busybodies snitching on their neighbours, are not going to stop the spread. Only everyone being persuaded and accepting what they must do for our medium-term future will. This virus is everyone’s problem.

Yes, granddads and grandmas bear the brunt of the disease now, but, in the future, it is the teenagers and 20-somethings out partying and drinking with their friends who will pay the financial costs.

The end of furlough next month may mean unemployment will soar from 2.7 million now to four million, and may only be a taste of what is to come. It will be the young who suffer the most with the job opportunities and the companies that might have offered them gone, maybe forever.

Perhaps if they understood that, then a few pints of lager or white wines down the pub with their mates would not be so attractive.

Only a concerted effort by our leaders, with a change of emphasis on the messaging, will change that now.
Add Comment