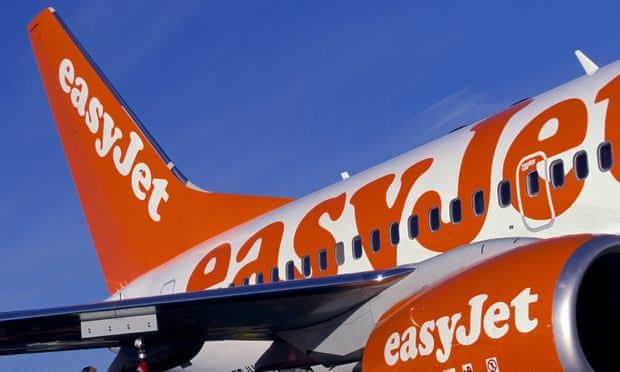 The battle for the post-pandemic holiday skies has taken a new twist, as easyJet launched a £1.2bn fundraiser while announcing it had fended off a takeover bid – widely assumed to be from rival Wizz Air.

EasyJet, the dominant airline at Gatwick , said the “unsolicited approach” from an unnamed bidder was unanimously rejected by its board. Wizz declined to comment but the offer of an “all-share transaction” pointed to the Hungary-based carrier, which has targeted rapid expansion across Europe with a beady eye on England’s leisure market, which London’s second airport serves.

Rebuffing the move, easyJet’s chief executive Johan Lundgren instead said his airline was in fact mulling expansion into territory vacated by the likes of British Airways and would use funds from the £1.2bn rights issue, all being well, for opportunities.

The approach for the budget airline – which is still 25% controlled by its founder Sir Stelios Haji-Ioannou – reflects the increasingly febrile battle for dominance as airlines look to emerge from the worst crisis in their history.

BA, owned by IAG, is doing all it can to set up a lower-cost subsidiary to keep flying from Gatwick and avoid losing any slots to competitors. With BA having halted operations during the pandemic, chief executive Sean Doyle said this week it would consider selling slots if “advanced negotiations” with unions failed – but observers deem it unlikely that the airline would cede valuable London territory to easyJet or Wizz. Ryanair’s Michael O’Leary said BA’s plan was “doomed to fail”, adding: “Will BA ever successfully set up a low-cost airline? No. BA has had six or seven goes at it.”

After the carnage wrought by the pandemic on the airline industry, BA and easyJet are struggling more than their lower-cost rivals. Much of BA’s long-haul and lucrative transatlantic flying is still effectively ruled out. And easyJet is suffering from its reliance on the UK at a time when restrictions in Europe have eased, with a corresponding rebound in EU short-haul traffic. Little wonder that Lundgren again hit out at UK government policy of “expensive PCR testing and confusion” on Wednesday.

The rights issue announced on Wednesday, the second in a year, means easyJet has called on shareholders for more than £1.6bn during the pandemic. Lundgren characterised the need for more cash as both “defensive and offensive”, with the money shoring up the airline through a drawn-out recovery, should summer 2022 be as bad for airlines as this. But he said it could also be used for “opportunities” should recovery allow – moving into markets vacated by the “retrenchment of legacy carriers”, including, he suggested, Gatwick slots.

Dream on, others think. “EasyJet’s clearly got appetite to get slots at Gatwick. But it would be very surprising strategically if IAG were willing to let go of any,” said HSBC’s Andrew Lobbenberg. While BA’s Heathrow operation traditionally generates the big profits, added competition at Gatwick could still threaten its bottom line.

“The reality is that Wizz is encroaching more and more on easyJet’s territory,” said John Strickland of JLS Consulting. “And part of BA’s rationale for looking at how they operate and at their cost base at Gatwick is the awareness of Wizz’s likely arrival in force at Gatwick.”

A Wizz bid for EasyJet would make sense, he said: “They’ve made clear they’ve got sizeable ambitions for Gatwick, and [chief executive] József Váradi, like O’Leary, has made clear they don’t believe easyJet would be independent in the medium term.”

Beyond the slot portfolio at Gatwick (and Luton), as fellow operators of Airbus fleets, “Wizz could be interested by easyJet’s order book as well,” said Lobbenberg. “They’re starting to talk about mid-term aspirations to go as far as 600 aircraft to draw comparison with Ryanair – they’d need to buy more planes.”

An offer from a rival airline could be a good destabilising tactic, some suggest, at a time when easyJet has already suffered some internal turbulence, pandemic aside: a number of directors quit in the past year, including chief commercial officer Robert Carey defecting to a role as president of Wizz.

For now, easyJet said, the bidder has dropped its interest – although Lundgren did not rule out the possibility of mergers or acquisitions, should other better offers emerge.
EasyJet shares fell 9% on Thursday and it is now trading at less than half its pre-Covid value. Haji-Ioannou

has indicated that he won’t invest any more money in it until it cancels its Airbus orders for more A321s – meaning his 25% stake will be diluted to 15% after the rights issue. Ryanair’s shares have held roughly firm from early 2020 while Wizz’s has increased over the pandemic – even after the biggest shareholders, US private equity firm Indigo Partners, offloaded half its stake in March to retain just 8.5%.

For Gatwick – which suffered the biggest percentage drop in passenger numbers of any major European airport during Covid – the idea of airlines vying for position in its short-haul leisure market will be welcome. Gatwick has relaunched plans to increase capacity to 750 million passengers a year, however detached from current reality that appears.

Lobbenberg said: “It’s had an absolutely shocking year, but if you look at the London airports’ pecking order, after Heathrow, the unit revenues from Gatwick are clearly stronger than what you can get from Stansted or Luton. I would be very confident that Gatwick will recover.”
#covid
Add Comment