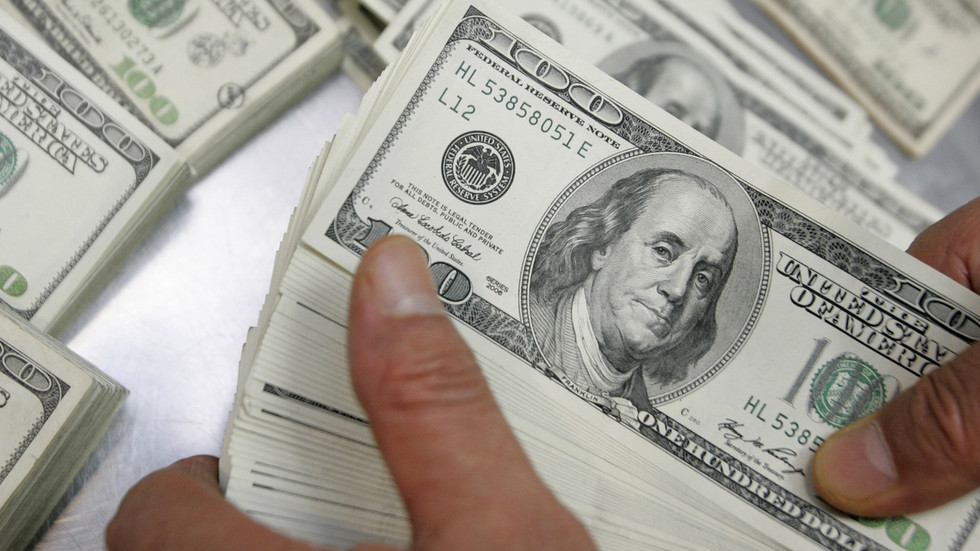 That’s OUR money! Dozen US states go to Supreme Court fighting over who gets to tax residents stuck working from home

New Jersey should tax its residents working from home, rather than New York where their offices sit empty, the state argued in a brief to the US Supreme Court, part of a broader battle over taxation sparked by Covid-19 lockdowns.

Along with Iowa, Connecticut and Hawaii, New Jersey submitted an amicus brief to the Supreme Court on Tuesday, asking it to hear the case brought in October by New Hampshire against Massachusetts, one of the seven US states currently taxing people based on the location of their office.

“The resolution of this case thus has far-reaching implications as to which states will collect billions in revenue during the pandemic,” New Jersey wrote in its filing.

More than 400,000 New Jersey residents commuted to the neighboring New York City before the pandemic but now work from home – and the authorities in Trenton now figure the taxes Albany used to collect from them are “more fairly attributed to New Jersey,” state Treasurer Elizabeth Maher Muoio said in a statement.

Though the total amount taken in from nonresident taxes remains unclear, New Jersey is currently eyeing some $1.2 billion credited to state residents for taxes paid to New York.

New York’s official tax website notes that any nonresident whose “primary office” is located in the state is counted as employed there, even if they are currently working remotely. While New Jersey offers tax credits to avoid “double taxation” of a person’s income, the state argued in its brief that New York’s tax policies contain no such mechanism, resulting “not only in an unconstitutional windfall, but diverts the revenues that home states would otherwise receive.”

Originally filed in October by New Hampshire – which similarly aimed to stop Massachusetts from collecting taxes from those who stopped traveling to the state for work amid the pandemic – the suit has now attracted more than a dozen other state governments looking to shore up revenues, with Ohio and Texas joining the case on Monday. The suit was submitted under the Supreme Court’s original jurisdiction, which allows states to sue each other directly.

The tax battles could rage on for some time, as millions of Americans may continue to work remotely even after the country reopens. According to a survey conducted by research firm Gartner earlier this year, more than 80 percent of company leaders polled will allow employees to telecommute at least part-time after the health crisis is over, while nearly half would allow full-time remote work. A PwC survey of nearly 700 CEOs also found that some 78 predicted an “enduring shift” to “remote collaboration” in the workplace post-coronavirus.

As New Jersey moves to squeeze residents on their income taxes, the state has simultaneously pursued a generous “incentive package” for big business. On Monday, the state legislature, with backing from Democrat Governor Phil Murphy, passed a new bill handing $14 billion in tax breaks to corporations, a move lawmakers insisted was needed to boost the New Jersey economy amid sweeping government shutdowns.

The tax bill was passed just a month after the state borrowed nearly $4.3 billion to cover its basic operating costs. Residents, meanwhile, have had little say in the ongoing court battle as well as the corporate tax windfall, as many await a mere $600 in “stimulus” from a $2.3 billion federal spending package.

Though one of the largest bills to ever pass through the US Congress, President Trump has denounced the legislation as a “disgrace,” refusing to sign it unless it devotes more relief money to American households.