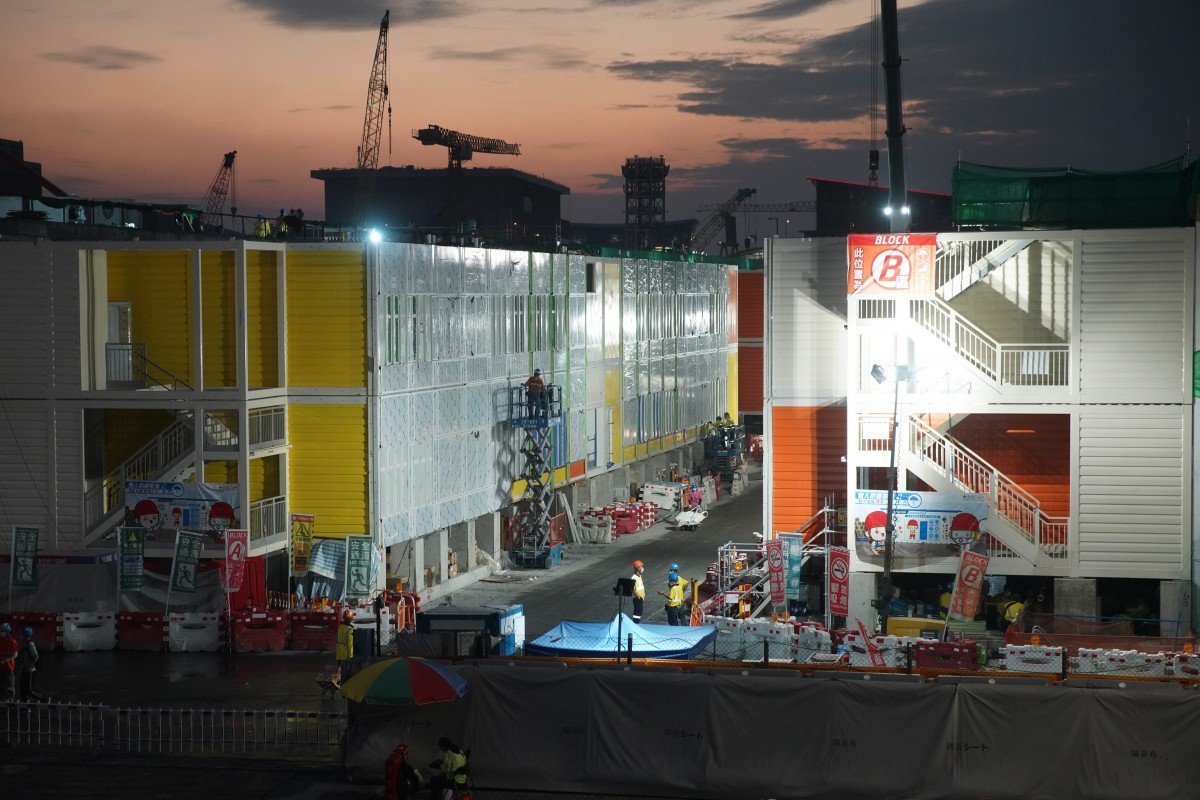 Development chief Michael Wong says construction of the Lantau Island hospital is moving ahead at full speed and it will open its doors in January.

A new, temporary 800-bed coronavirushospital near Hong Kong airport is almost half completed and will be ready to open its doors in January as expected to cope with possible future waves of Covid-19 cases, the city’s development chief says.

Michael Wong Wai-lun made the pledge about the makeshift facility in an article on his official blog on Sunday, while innovation minister Alfred Sit Wing-hang said the government would on Monday launch a contact tracing mobile app, “Leave Home Safe” – another tool aimed at containing Covid-19.

Other top officials also vowed to step up the city’s fight against the coronavirus pandemic, setting a target of zero daily local infections and committing to avoid the double whammy of a Covid-19 fourth wave and the winter flu season. 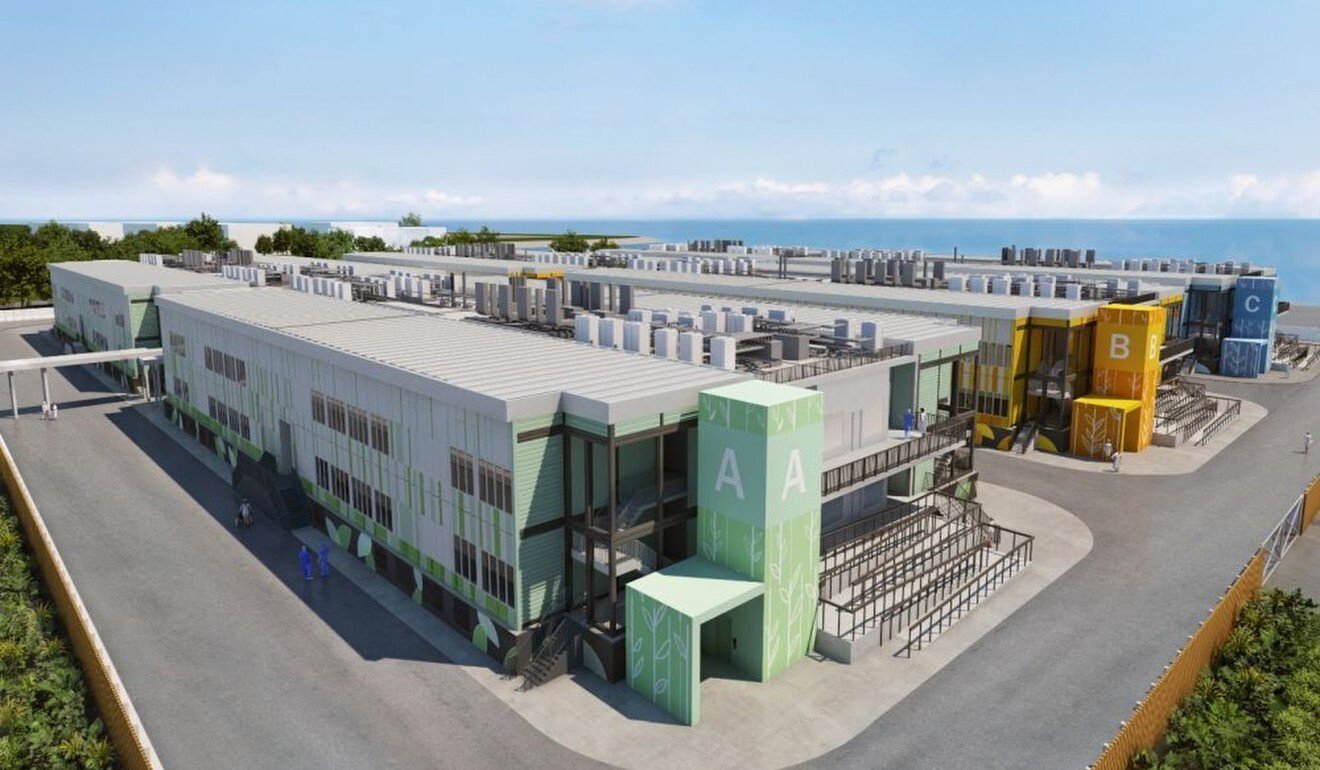 An artist’s impression of the completed facility.

Wong said construction of the makeshift hospital, on a 3.2-hectare site next to AsiaWorld-Expo near the airport on Lantau Island, was moving ahead at full speed.

“The temporary hospital project only allows for four months to build it. The schedule is tight. At present, there are more than 10 cranes operating, and over 2,000 workers in three shifts working around the clock at the site,” said the secretary for development, who inspected the site with other officials on Tuesday. 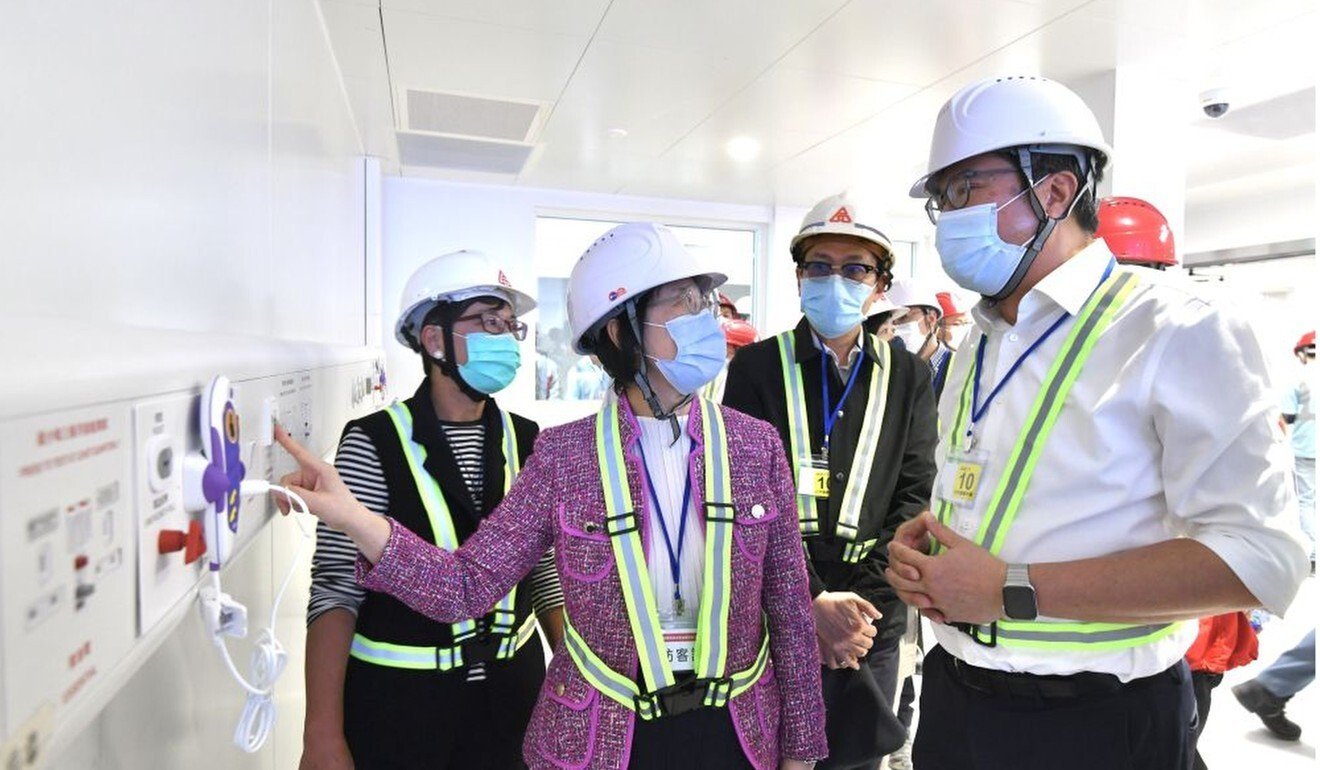 Wong said it would generally take up to six years to build a hospital but the makeshift facility was now 45 per cent completed.

The temporary hospital will have a total floor area of 43,000 square metres, with six low-rise blocks of wards and two blocks for supporting facilities.

“The topping out is expected by the end of the month, and the project is expected to be completed next January,” he added.

As it was a makeshift facility, the minister said, there would not be an accident and emergency unit or operating theatres. Aside from that, the set-up of the facility would be more or less the same as a standard hospital, he added.

Wong also said a new “modular integrated construction” (MiC) method was used to save time building the complex. The method meant that contractors would install factory-assembled parts on-site, rather than building from scratch.

Some 520 MiC units built in mainland China are being used in the project.

The scheme was announced in the summer as Hong Kong fought its third wave of Covid-19 infections. Upon completion, the temporary hospital will provide negative pressure wards that can accommodate more than 800 beds and associated medical facilities. The central government will pay for the construction. 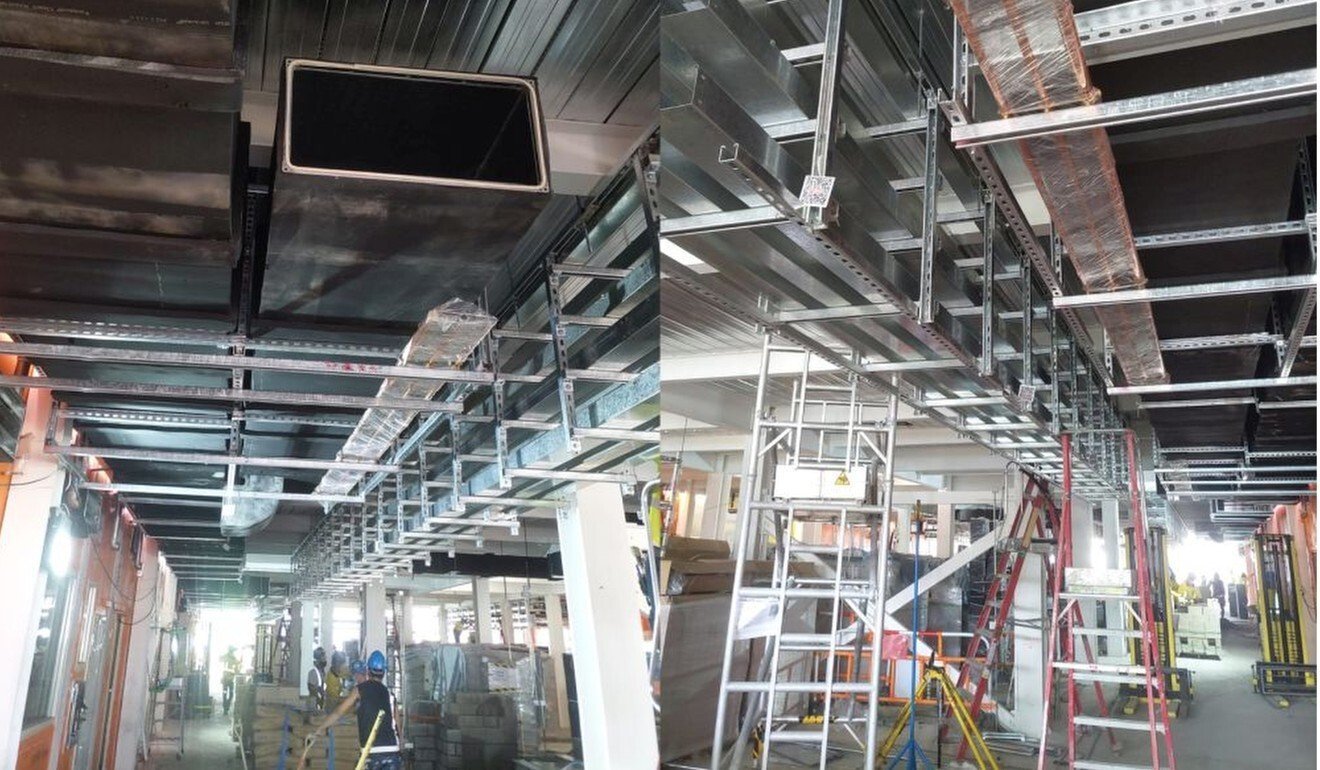 Work on the hospital is 45 per cent completed.

Meanwhile, Secretary for Innovation and Technology Alfred Sit said the “Leave Home Safe” app, which will help users track their locations and notify them of any exposure risk to Covid-19 in public areas, was ready for download on Monday.

“As we understand Hongkongers value their privacy, downloading this application is completely voluntary,” Sit said on Sunday. “They will be fully in control of whether they choose to record which locations they visited.”

Users will be able to scan a QR code in 6,000 public and private locations and on the yellow identification labels in 18,000 taxis to record their movements on the app, Sit said. All of the data would be stored in the users’ mobile phones and deleted after 31 days.

“There is no centralised system keeping track of users’ data,” he said, adding that the government had not set a target for how many people they hoped would install the app as it was a voluntary choice.