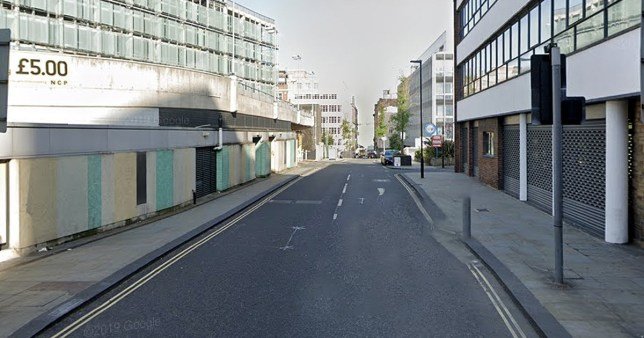 Two teenagers have been slapped with fines of £1,000 and a man arrested after 100 people attended an illegal Boxing Day rave in Manchester.

Officers were called to empty flats on Hanover Street in Shudehill at around 4.20am on Sunday after reports of a large gathering and loud music.

Two young men, aged 17 and 18, were each handed the four-figure fixed penalty notice.

Another man, 27, was arrested on suspicion of a racially aggravated public order offence and remains in custody. He was also given a £200 notice.

Police seized music equipment as they dispersed the 100 revellers flouting coronavirus restrictions at the party.

Chief Inspector Colin MacDiarmid, of the force’s City of Manchester division, said those present had ‘undermined’ the community spirit after millions across the country made sacrifices at Christmas.

He said: ‘There is no denying the blatant breach of Covid legislation that took place here last night, and enquiries are ongoing to ensure the organisers of this gathering are held accountable for their unacceptable actions.

‘The majority of people in Manchester have made tremendously difficult sacrifices over the Christmas period and have complied with the rules that we all have to follow; however, it is the minority of people who attend events such as this that risk undoing the hard work of everyone else.

‘It is clear that the people at this gathering weren’t just people from Manchester but from across the North West, and it not only disregards the rules there to protect public health but also undermines the whole spirit of us all needing to be in this together to battle the ongoing risk of coronavirus.

‘We have always, and continue to, operate by using the four Es of engaging, explaining, and encouraging the public to comply, but we will not hesitate to take enforcement action against those found to be responsible for blatant examples of flouting the rules such as this.’
#covid
Add Comment